About 74.5 million people bought iPhones during the last three months of 2014.

"Interest in Apple products is at an all-time high," Apple CEO Tim Cook said during a conference call for investors on Tuesday.

Apple shipped 74.5 million iPhones in the quarter, about 10 million more than analysts expected, and 23.4 million more than the same period a year earlier. "This volume is hard to comprehend," Cook said, noting that it amounts to shipping 34,000 iPhones every hour of every day during the quarter.

[ So you say you're not a phone addict? Read We Literally Can't Live Without Our iPhones. ]

While demand for iPhones increased about 44% in the US, it almost doubled in Brazil, China, and Singapore. 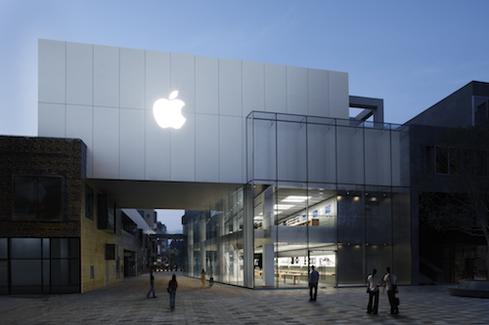 According to research firm Canalys, Apple sold more phones than any other vendor in China during the quarter. "This is an amazing result, given that the average selling price of Apple's handsets is nearly double those of its nearest competitors," the firm Canalys said in a prepared statement.

The strength of the US dollar compared with other currencies hurt Apple significantly. Luca Maestri, Apple’s CFO, said Apple's revenue growth during Q1 would have been four percentage points higher on a flat currency basis.

Apple sold more Macs than ever, 5.5 million, an increase of 700,000, which represents 14% growth. Maestri pointed out that, according to IDC, the rest of the PC market declined 3% during the same period.

Cook said that Apple plans to ship the Apple Watch in April. "I'm using it every day and love it and can't live without it," he said.

Asked about whether Apple can sustain this level of iPhone interest over the year, a reasonable concern given holiday spending patterns, Cook said, "We're very bullish it does have legs." He noted that only a small portion of the installed base of iPhone users has upgraded, that iPhone 6 attracted a higher number of new customers than any prior launch, and that the number of Android users switching to iPhone 6 was the highest it's been, compared with the three most recent iPhone launches.

The expectation of slower growth has led Taiwan's Foxconn Technology Group, which makes devices for Apple among others, to plan significant layoffs, according to Reuters.

@mak63- No, just because it is an accessory to something they sell. I mean, it will sell well, but it isn't a replacement. I just don't get why I need a phone in my hand and a watch 6 inches from it. But I've been known to be wrong before.
Reply  |  Post Message  |  Messages List  |  Start a Board

@progman2000-Well, I wouldn't have bet against them between the iPod and the iPad. Not impressed with the watch. Not impressed with the later versions of their phones. I feel like they are showing signs of being a company living off their own fat. Companies tend to hibernate. No one can stay on top forever. That's fine. It isn't even a criticism so much as a fact of life. It feels much like the Ballmer years of Microsoft. Huge profits. But inside the company had deep problems to fix that took longer to see because of the profits.
Reply  |  Post Message  |  Messages List  |  Start a Board

@melgross- Yes, I know that sounds crazy given the insane amounts of money they make. But I believe the problem is that the phone will hit the same general trajectory as the PC. Remember when you used to have to buy a new PC every year or two to stay current? And then eventuall the life cycle of the PC extended to 3-4. Now, I have PCs in my house that I've upgraded and kept alive that are still running XP.

When the phone cycle goes from every two years to ever four, Apple's dependece on the phone will be a detriment rather than an advantage. When it reaches 6 or 8 it will be a liability.

Presumably there will be a "next thing." If Apple has the "next thing" then everything I'm saying is bunk. If they don't, then they start a familiar downward spiral we've seen before. And I think continued phone growth is the thing that will trap them into not making the right next choices.
Reply  |  Post Message  |  Messages List  |  Start a Board

...I think this might be the worst thing to happen to Apple (well, worst thing that can happen to a company making $18 billion per quarter.). It makes it look like Cook is being a great caretaker and driving record profits that will never end. And maybe that's true. I can't help but think one day Apple is going to look down and realize it can't sell essentially the same phone and tablet forever. Fiddling with the size isn't going to be enough forever. Maybe I'm totally wrong. Maybe they're investing those billions in the next great thing. They better be.
Reply  |  Post Message  |  Messages List  |  Start a Board
InformationWeek Is Getting an Upgrade!