Big-box retailer Best Buy announced its customers can use Apple Pay to make purchases in the Best Buy app when using an iPhone 6 or iPhone 6 Plus, noting a free update of the retailer’s app is currently available in the Apple App Store.

Best Buy said all of its stores would be equipped to handle Apple Pay, which already works with Visa's PayWave, MasterCard's PayPass, and American Express' ExpressPay terminals, by the end of the year.

Apple gained another new partner with Discover's announcement that it would allow its card members in the United States to make payments in participating stores through Apple Pay on the iPhone and, notably, the Apple Watch.

As part of the agreement, Discover Network plans to enable eligible financial institutions, including Discover Debit issuers, to let their card holders use Apple Pay. 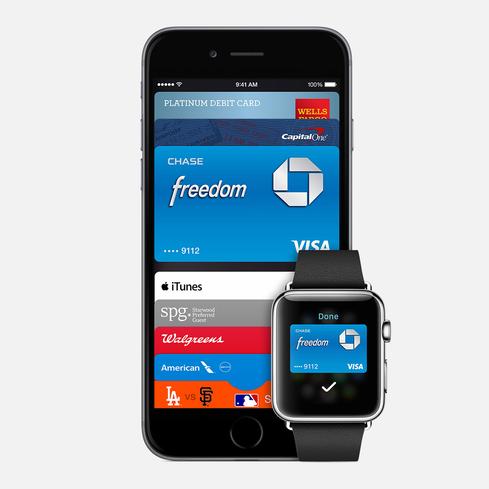 Other major partners in the Apple Pay system are the department stores Macy's and Bloomingdale's, drugstores Walgreens and Duane Reade, restaurants Subway and McDonald's, and other retailers, including Target and Whole Foods.

While the mobile payment market is still considered a niche market, a recent survey from IT analytics firm 451 Research found Apple Pay is gaining momentum in the space, primarily at the expense of PayPal.

The study also revealed that Apple Pay is the top choice in terms of mobile payment applications consumers plan on using going forward, with a total of 45 percent of respondents planning to use the service, representing a 5-point jump since December.

"The introduction of Apple Pay has catalyzed a wave of strategic moves across the mobile payments ecosystem," Jordan McKee, senior mobile payments analyst with 451 Research, said in a statement.

"In the wake of Apple's entrance, Google and PayPal have made significant acquisitions, while players such as Facebook and Samsung are rolling out payment products to remain competitive," McKee added. "Moving forward, the pace of activity will only accelerate as vendors look to capitalize on the growing contactless payments infrastructure and secure a foothold in this rapidly evolving sector."

The overall survey results also suggest that consumers' perceptions of mobile payment security is improving, with nearly a quarter -- 24 percent -- believing the technology is more secure than traditional credit cards.

Security is also seen as the most important feature of any mobile payment technology -- even more so than widespread merchant acceptance.

The vast majority -- 84 percent -- of respondents said secure storage of financial account information was the most important feature in a mobile payment app.

Nathan Eddy is a freelance writer for InformationWeek. He has written for Popular Mechanics, Sales & Marketing Management Magazine, FierceMarkets, and CRN, among others. In 2012 he made his first documentary film, The Absent Column. He currently lives in Berlin. View Full Bio
We welcome your comments on this topic on our social media channels, or [contact us directly] with questions about the site.
Comment  |
Email This  |
Print  |
RSS
More Insights
Webcasts
People Are The Most Important Part of Autonomous SOC
Hybrid Cloud: The Great Balancing Act
More Webcasts
White Papers
Why Add Security to Your Skill Set and How to Do It
5G-Enabled Edges of Tomorrow Require Converged Network and Security
More White Papers
Reports
Enabling Enterprise Resiliency Through Cyberthreat Detection
Assessing Cybersecurity Risk in Todays Enterprises
More Reports

The best way to have your credit card/identity stolen is to use a "pay" app, in my opinion.  It's no more "secure" than any other payment system because the data has to be uploaded to the same unsecured servers as at the POS inside the store.  Until there are more safeguards in place, i.e. laws that punish Fortune 500 cos. like Target and Home Depot with questionable security practices, prudent consumers should avoid these data leaking apps.
Reply  |  Post Message  |  Messages List  |  Start a Board
Editors' Choice
Hot Topics