Paying for goods and services with a smartphone may finally be catching on. Since Apple's release of Apple Pay on October 20, the service's retail supporters have seen a surge in mobile payments at the register. Apple Pay seems to have also impacted Apple's competitors -- Google Wallet and Softcard are also seeing a boost in usage. The news is encouraging and suggests that mobile payments might be here to stay.

Softcard, a competing mobile payment service for Android and Windows Phones offered by AT&T, T-Mobile, and Verizon Wireless, is benefiting as well. "Apple Pay has been a huge tailwind," said Softcard CEO Michael Abbott. "It’s a rising tide that has lifted all boats." Softcard said more people have downloaded the app in recent weeks, and existing customers are using it more often. It appears that Apple Pay is pushing mobile payments to the next level.

This year, retailers will take in about $50 billion in mobile payments, says Forrester. That will jump to $143 billion by 2019. "It’s not just that we have smartphones," said Denée Carrington, a Forrester analyst. "It's that we're increasingly dependent on [them] or expect them to deliver more. Quite frankly, a lot of [Apple Pay's initial success] has to do with the strength of the Apple brand and how much merchants and customers love how easy the experience is. I'm not saying it's changing the landscape overnight. But this has never happened with other mobile wallets."

Google Wallet has been around for years but has gained little traction. Softcard, which launched in November 2013, has been begging for users by offering incentives and promotions. Most Android smartphones and Windows Phones sold today support Softcard (although Sprint phones aren't compatible). In fact, the Softcard app is often preloaded on new devices. Many more devices support Softcard than Apple Pay. The iPhone 6 and iPhone 6 Plus are the only two iPhones that can be used to make mobile payments. 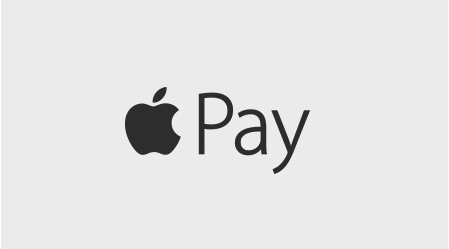 The mobile payment industry still has a long way to go. Apple Pay is accepted at about 220,000 locations around the US. Softcard's footprint is a little smaller. While there are many more retailers to sign up, it may not be easy. In the days following Apple Pay's debut, CVS and Rite Aid voiced support for a yet-to-launch service being developed by the Merchant Customer Exchange and Walmart. Apple Pay and Softcard have yet to score support from the country's largest retailers, such as Walmart, where they would have the most exposure. Forrester's Carrington says retailers that don't currently support mobile payments are more likely to sign up if their competitors' deployments show signs of success.

So far, the signs are pointing in that direction.

I've had an iPhone 6 since the devices shipped. Haven't had any occassional to try Apple Pay since then. It certainly not a product I need. But perhaps I will find an Apple Pay merchant some day and not want to pay cash.
Reply  |  Post Message  |  Messages List  |  Start a Board
InformationWeek Is Getting an Upgrade!