Apple Pay: Where To Use It - InformationWeek

If you own an iPhone 6 or iPhone 6 Plus, you'll be able to use your smartphone to make payments at select retailers beginning Monday. The capability arrives with iOS 8.1, which should become available from Apple by midday.

Apple may be late to the mobile payments game, but it has the potential to serve as a catalyst for the industry. Apple Pay may turn the tide for smartphone-based payments. Here's how it works:

Apple Pay is limited to just four devices at launch: the iPhone 6 and iPhone 6 Plus, and the iPad Air 2 and iPad Mini 3. Why these four? Because they include Touch ID fingerprint sensors. iPhone and iPad owners can use a fingerprint to make payments. Further, the two iPhones are the only devices that will be able to make payments at retailers because they include the necessary NFC radio inside. The new iPad's don't have NFC radios, but they can still use Apple Pay for in-app and online purchases. (The Apple Watch will also support Apple Pay, but the watch doesn't go on sale until next year.) iOS 8.1 is mandatory. It turns on the service and resolves a number of ongoing bugs with Apple's latest mobile operating system. The update will likely arrive around 1 p.m. Eastern Time.

With the new operating system and proper hardware in hand, users will need to assign a credit card to Apple Pay. Users can select the card already associated with their iTunes account and add it (and others) to the Passport application on their device. At launch, MasterCard, Visa, and American Express are supporting Apple Pay, along with dozens of banks, including American Express, Bank of America, Capital One Bank, Chase, Citi, and Wells Fargo. Apple said as many as 500 banks will support Apple Pay by early next year.

Worried about your financial and personal details? Relax, says Apple. "[Apple] doesn't collect any transaction information that can be tied back to a user, and payment transactions are between the user, the merchant, and the user's bank," the company explained in a statement. Apple doesn't store users' purchase histories, which means it retains nothing about the store, location, price, or goods involved in the transactions.

Further, the iPhone 6 and iPhone 6 Plus don't store credit card numbers locally. Instead, Apple creates a unique Device Account Number that is encrypted and stored on the Secure Element of the smartphone. Apple says these two components are walled off from iOS and never backed up to iCloud. Each and every transaction is given its own unique code. 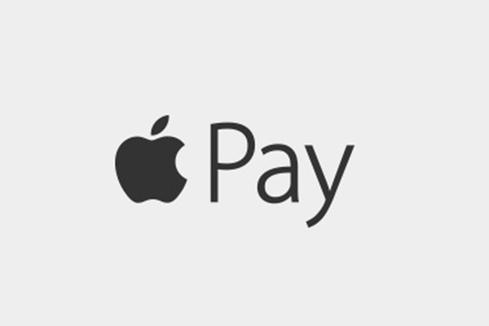 "Our team has worked incredibly hard to make Apple Pay private and secure, with the simplicity of a single touch of your finger," said Eddy Cue, Apple's senior VP of Internet Software and Services, in a press release.

Whether or not Apple Pay will revolutionize on the mobile payments industry is debatable. Either way, it should deliver a good kick in the pants.

More information on Apple Pay is available here. Do you plan to give Apple Pay a shot? Let us know in the comments section.

Eric is a freelance writer for InformationWeek specializing in mobile technologies. View Full Bio
We welcome your comments on this topic on our social media channels, or [contact us directly] with questions about the site.
Comment  |
Email This  |
Print  |
RSS
More Insights
Webcasts
Optimizing App Performance in the Cloud
Nip Ransomware in the FUD: Detecting Attacks Pre-Encryption
More Webcasts
White Papers
Why Add Security to Your Skill Set and How to Do It
Enabling Enterprise Resiliency Through Cyberthreat Detection
More White Papers
Reports
Improving Security by Moving Beyond VPN
Are Unprotected Cloud Databases Leaking Your Data?
More Reports

Eh, I don't know.  Not an Apple fan, nor an iPhone user.  And I am a notorious 'late adopter'.  But I can kind of see this being the way that payments are heading...
Reply  |  Post Message  |  Messages List  |  Start a Board

11 Ways DevOps Is Evolving Lisa Morgan, Freelance Writer,  2/18/2021
White Papers
Why Add Security to Your Skill Set and How to Do It
How Secure Are Your Endpoints?
Protection Strategies for a Cyber-Resilient Organization
Understanding Credential Abuse Attacks: A Real-World Example
10 Must-Have Capabilities for Stopping Malicious Automation Checklist

More Informa Tech Live Events
Zero Trust for a Work-From Home WorldOptimizing App Performance in the Cloud Cybersecurity's Next Wave: What You Should Know