Apple Watch 2.0: Why You Should Wait - InformationWeek

Apple is expected to reveal more details about its first wearable communications device, the Apple Watch, at a media event on Monday, March 9.

I expect the Apple Watch will be sell well enough -- around 15 million units this year -- but will fall short of Apple's favorite adjective, "revolutionary."

The Apple Watch will nonetheless make plenty of money for the company -- Apple's ownership of its technology stack and the social-economic profile of its customers means it can sustain healthy profit margins. The Apple Watch pricing starts at $349, significantly more than other smartwatches, and the 18-karat gold Apple Watch Edition could be 10 times that, or more.

Will it be a compelling product? It will seem so to some consumers, as status symbol, as a convenient communication tool, and perhaps even as a replacement for car keys and other forms of authentication. But appealing to a small core of people is not enough to transform wearables into the next big thing. 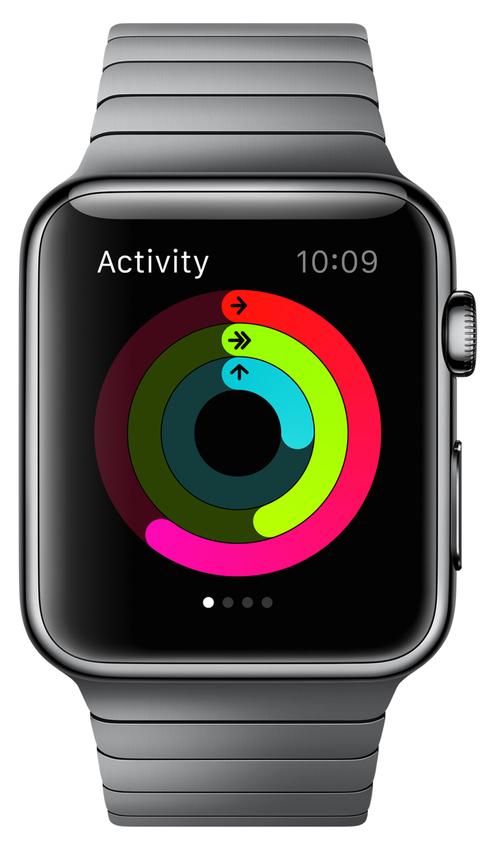 The Mac was revolutionary because of its graphical user interface, and it improved further with the transition to Unix-based Mac OS X.

The iPod was revolutionary because, with iTunes, it made digital music management and digital commerce work, for customers and recording companies.

The iPhone was revolutionary because it was really useful to have a touch-based, Internet-connected computer and telephone in one's pocket.

The iPad was revolutionary because it was more portable and easier to use and manage than a laptop, while being just about as functional.

The Apple Watch isn't aiming for that kind of disruption. It is an accessory, rather than a free-standing product. It requires an iPhone. It extends the owner's iPhone by providing access to certain Apple Watch-enabled iOS apps through an Apple Watch interface. But, so far, there's no sign it will be as indispensable as smartphones have become.

[Read about IBM and Apple working on apps together.]

The Apple Watch will send text and email messages, as well as sketches, vibrations, and emoji. It will make calls, monitor the wearer's pulse, record audio, and translate speech to text using Siri. It will allow wearers to share their locations and to tell time.

All these things can be done with a smartphone, though perhaps less conveniently.

But owning an Apple Watch may add some inconvenience, even as it removes some. Apple has reportedly struggled to make the battery last a day. According to 9to5Mac, the battery lasts for about five hours of heavy usage, and will need to be charged daily under normal usage. Apple's MagSafe charger represents a vast improvement over a USB mini-connector as a charging cable, but charging is still a chore, particularly when you consider that traditional luxury watches can run for two to five years on a battery. What's more, a traditional luxury watch won't be obsolete in 12 to 24 months, nor is it likely to be left behind by advancing system software after four or five years.

In order for the Apple Watch to be broadly compelling, it needs five things:

Better battery life: It's bad enough to have to worry about phones, tablets, and laptops when traveling. Apple Watch battery life should last more than a day. The Pebble watch battery lasts five to seven days.

Wireless/kinetic charging: Apple's MagSafe is nice, but a watch that could charge itself through kinetic motion would be better. And if not that, support for non-proprietary wireless charging would be a welcome improvement.

iPhone independence: The fact that the Apple Watch requires an iPhone is a deal-breaker for me. There's something to be said for Apple's approach in terms of allowing customers to delay upgrades -- instead of buying a new watch every year or two you can just upgrade your phone. But the iPhone requirement tells me that the electronics aren't there yet -- apps have to run on the iPhone to avoid running down the Apple Watch battery even faster. Once the technology catches up to Apple's ambitions, and becomes its own device, I expect version two or three will be far more interesting.

An emergency transmitter: The $17,000 Breitling Emergency II has an emergency transmitter than can be activated to locate the wearer, even in the absence of WiFi or a cellular signal. It relies on the Cospas-Sarsat satellite distress system. The inclusion of such a transmitter, particularly at a more reasonable price, would transform the Apple Watch from an attractive novelty into an essential survival tool for anyone traveling in remote areas.

A killer app: The Wall Street Journal framed Apple's challenge succinctly when it asked, "What Exactly Is an Apple Watch For?" To date, Apple hasn't offered a convincing answer. It will be useful for a variety of tasks, but it's hard to see how it will be transformative or essential. Notifications and messaging can be handled adequately using a smartphone. Apple Watch could improve mobile payments and authentication, online and in person. People would gladly pay for the Apple Watch if it meant never having to manage another online password, but that's easier said than done.

Whatever Apple reveals at its media event on Monday, March 9, you can rest assured that version 2.0 of the Apple Watch will be better than the version expected to ship next month. Buy one if you must. I'm going to glance at my unencumbered wrist and enjoy the absence of notifications, messages, or any other claims on my attention.

Part of what allows watchmakers to charge tens of thousands of dollars for a watch is that mechanical hardware can retain its price over decades. A Rolex from the 1960s is probably still going to cost a lot and may show up at auction houses like Christie's. I have trouble seeing that for a software-dependent product. In fifty years, the Apple Watch Edition will probably not work because the software and wireless standards will have moved on. And if that's the case, then it will depreciate in value over time rather than appreciate like pure hardware.
Reply  |  Post Message  |  Messages List  |  Start a Board
InformationWeek Is Getting an Upgrade!