9 comments
Comment Now
Apple Watch details, a new retina MacBook, and a partnership with HBO were among the big announcements at Apple's San Francisco shindig Monday. 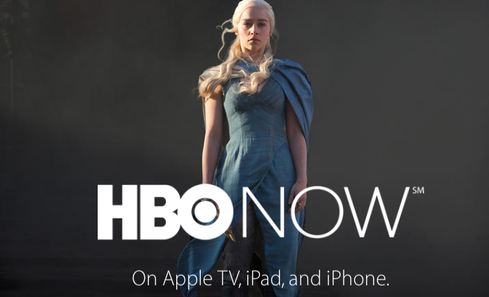 HBO announced its new standalone Internet streaming service, HBO Now, on March 9. For $14.99 per month, Apple users can stream their favorite past or present HBO original programming without subscribing to a traditional cable or satellite service. The deal is currently exclusive to Apple products, but HBO is also talking with other digital partners to offer its service, reports The New York Times. Those who subscribe to HBO Now in April will receive their first month free, just in time for the new season of Game of Thrones.

>Apple didn't demonstrate a function that makes its $10,000 watch an absolute must-have device.

Apple and other wearable vendors haven't demonstrated that the value of data thrown off by these devices exceeds the cost and maintenance hassle of ownership. Knowing whether one has taken 1000 steps in a day doesn't really matter. If hard numbers are what it takes to motivate people to move about, then great, pay $349+ for an Apple Watch or Android Wear device. But having data and being active don't have to be related.

As for being able to get email on one's wrist, I'm more interested in getting less email than more.
Reply  |  Post Message  |  Messages List  |  Start a Board

The new MacBook does look pretty great, and I'd love to test it out in person. Never thought I'd see a MacBook that would make my Air look thick by comparison! But I'm with you, I won't be buying one. It's amazing how they were able to develop such a thin device but having one USB-C port does cause limitations.
Reply  |  Post Message  |  Messages List  |  Start a Board

@tjgkg you make a good point. Apple had a lot to show, but we won't know the watch's real success until it hits the market. My feeling is that people will buy because they'll think it's cool (which it is) but I can't imagine sales will go through the roof. Even with all its bells and whistles, Apple didn't demonstrate a function that makes its $10,000 watch an absolute must-have device.
Reply  |  Post Message  |  Messages List  |  Start a Board
InformationWeek Is Getting an Upgrade!