BlackBerry CEO John Chen took a swipe at Google this week, suggesting the Android-maker's new security push is too little, too late. In today's world of BYOD, Chen says businesses need to prioritize security from the start, not add it after the fact.

Android For Work will be built into Android Release L, and will also be available separately for earlier versions of Android going back to Ice Cream Sandwich. Google is relying a bit on the hard work done by Samsung to entice businesses by adopting portions of Samsung's Knox security platform. With Android For Work, businesses can separate work data from personal data through containerization. The segregated data can be managed from the IT admin console and locked, wiped, or restored as needed without touching the owner's personal information.

Android For Work also allows for the bulk installation of apps to an entire fleet of devices. According to Google, companies won't have to modify their apps to function within the Android For Work environment.

It's a big step forward for Android, one that should make it more attractive to businesses. In a blog post, BlackBerry's Chen contends Google's efforts are a good first step, but are only the start. 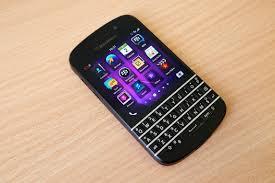 "At Google's I/O developer conference, the company said it would do several things to boost Android's security. Most prominently, this includes separating work and personal apps and data in coming versions of Android by leveraging Samsung's Knox containerization technology," said Chen. "I'm delighted by this first step. The need to improve Android's security was clear. And it validates what we at BlackBerry have been saying all along about the potential perils that businesses face in the BYOD era."

[Do you have a Mobile Security Action Plan?]

As Chen points out, however, Knox's success can be described as limited at best. Fewer than 2 million Samsung devices are actually running Knox. To put that in some perspective, Samsung sells between 75 million and 90 million smartphones per quarter.

"Tens of millions of BlackBerry devices are trusted every day by Fortune 1000 firms worldwide," said Chen. "Our BES software dominates the enterprise mobility management space, with more business customers than our top three competitors combined. And while Knox tries to build a fortress upon an insecure foundation, BlackBerry's entire infrastructure is constructed upon a multi-decade bedrock of mobile management and security expertise."

Chen's blog then devolves into a long-winded and analyst-backed pitch for BlackBerry's products and services. Comparing Android's numbers to BlackBerry's, however, shows just how much impact BlackBerry's security focus has in the real world.

During its I/O keynote, Google's Sundar Pichai said there are more than 1 billion active Android devices on planet Earth. That's a device for one out of every seven people on the planet. Android owns more than two-thirds of the global market for smartphones. By Chen's own admission, BlackBerry's presence in the market has dwindled to just tens of millions of users. Its worldwide share has fallen to about 3%. Microsoft's Windows Phone platform, which is struggling for relevance, now outsells BlackBerry.

"While we applaud Google and Samsung for their plans, we don't think it's enough for security-minded enterprises. Don't be dazzled by those who can talk the security talk. Instead, look to the company that has proven repeatedly it can walk the walk," concluded Chen.

There's no doubt BlackBerry's model offers strong security. For many businesses, however, Android L and Samsung's Knox may be secure enough. Sometimes secure-enough is all the security you need.

What do you think? Are Chen's comments warranted, or do they come off as sour grapes from a cast-aside has-been?

Does Identity Hinder Hybrid-Cloud and Multi-Cloud Adoption? Joao-Pierre S. Ruth, Senior Writer,  4/1/2021
White Papers
Cloud Threats Are Different, Your Security Should Be Too
The 2021 Threat Hunting Report
WhiteHat Professional Services Package
Dark Reading Report: Battle for the Endpoint
The Five Major Security Pitfalls of WFH and How to Solve Them