50%
Tweet
Only four Android apps now run on Chrome OS, but Google insists there will be more.

Google Chromebooks can finally run Android apps, or at least a few of them.

Google software engineer Ken Mixter and product manager Josh Woodward on Thursday announced the availability of four Android apps that have been selected for life in Chrome OS: Duolingo, Evernote, Sight Words, and Vine. These Android apps can now be installed on Chromebooks through the Chrome Web Store.

"These first apps are the result of a project called the App Runtime for Chrome (Beta), which we announced earlier this summer at Google I/O," said Mixter and Woodward in a blog post. "Over the coming months, we'll be working with a select group of Android developers to add more of your favorite apps so you'll have a more seamless experience across your Android phone and Chromebook."

Android developers cannot yet convert apps on their own and make them available in the Chrome Web Store. App Runtime for Chrome (Beta), as its name suggests, remains unfinished and Google is currently assembling a list of Android apps to adapt for Chrome OS, based on user feedback.

Google has not provided any indication about when it will make additional Android apps available. But the company's intent is to support Android developers that want their apps to be available on Chrome OS, a Google spokesperson said in an email. 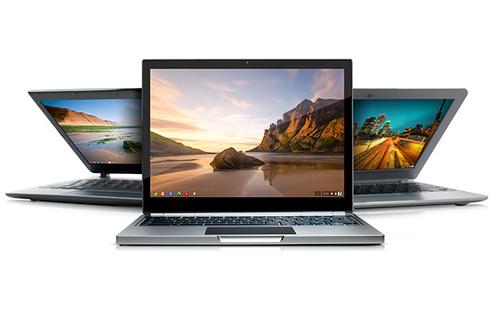 For those who cannot wait until that support arrives, Google has made portions of App Runtime for Chrome (Beta) available as open-source software. Experienced developers can try preparing Android apps for Chrome OS on a machine running Ubuntu Linux 12.04 or 14.04.

App Runtime for Chrome (Beta) allows Android apps to be run on Chromebooks through Native Client (NaCl), a technology that allows native application code to be run safely (sandboxed) inside the Chrome browser. Developers do not need to modify their application code, though doing so may be advisable if the mobile app in question relies on interface conventions that don't translate well to a device with a keyboard like a Chromebook.

NaCl remains controversial among developers, particularly those focused on the Web. Mozilla COO Jay Sullivan in 2010 dismissed native apps in the browser and reiterated the company's focus on open Web technology. The company subsequently introduced a technology called asm.js as a way to make Web code perform at speeds comparable to native code.

Though Google continues to develop innovative Web technologies like Polymer, concern persists that Google's evident focus on native Android code is inhibiting the growth of Web technology, which has been unable to emerge from the shadow of native mobile platforms.

Thomas Claburn has been writing about business and technology since 1996, for publications such as New Architect, PC Computing, InformationWeek, Salon, Wired, and Ziff Davis Smart Business. Before that, he worked in film and television, having earned a not particularly useful ... View Full Bio
We welcome your comments on this topic on our social media channels, or [contact us directly] with questions about the site.
Comment  |
Email This  |
Print  |
RSS
More Insights
Webcasts
The Best Ways to Stop Malware and Ransomware That No One Else Will Tell You
Edge Computing: An IT Platform for the New Enterprise
More Webcasts
White Papers
2020 Gartner Market Guide for Network Detection & Response
How You Can Evaluate Your Org's Cybersecurity Readiness
More White Papers
Reports
Remote Network Management: The Enterprise at Home
The Definitive Guide to Managed Detection and Response (MDR)
More Reports

I cannot entirely agree with that, most folks I know spend about 70-80% of their time on their desktop/laptop. The remainder of the time (usually before going to sleep or when they are running errends) on their smartphone/tablet. I really only go to my desktop to play high grade games (it's an awsome machine), but the majority of my time is on my chromebook doing homework or strolling the web and listening to music. Less than 5% on my tablet, and an inconsiquential amount of time on my phone unless it's in a call for work.

Having Android apps on my chromebook would be convenient though I have no doubt power users like myself will start moving away from tablets. I still like having mine around, and will long after almost any app is available. They are very useful for reading, and testing apps I work on.

While I agree with you on many younger folks, most of us with some amount of decades under our belts will still likely prefer to have the real deal, and we are the majority of buyers since we are the ones with the money.

But I am excited to have many of my API's I use on android (not to mention ones inspired by actually having a keyboard) for use on my chromebook without having to stream my tablet screen.
Reply  |  Post Message  |  Messages List  |  Start a Board

Part of the reason Google maintained two OSes may have been in case the Oracle lawsuit against Android went badly wrong. But there are other rationale. I doubt when Chrome OS was first envisioned that its relationship with Android was planned out.
Reply  |  Post Message  |  Messages List  |  Start a Board

Why have two operating systems to begin with? Aren't they both linux? Seems to me Google is creating problems for themselves by not creaing a desktop version of android...
Reply  |  Post Message  |  Messages List  |  Start a Board

I think once they get the two OSes tied a little more closely that ChromeOS will get a nice bump in market share.  If you think about it the majority of people with smart phones spend more screen time with their phone than with a PC.  Bringing the apps that they use every day to a larger screen and making the computing experience seamless is going to be big.  Every desktop OS is getting more mobile friendly so I think it was only a matter of time before ChromeOS started running Android apps I was just hoping it would be more complete when it was released.
Reply  |  Post Message  |  Messages List  |  Start a Board

Instant-On is a nice feature. As well as system updates in under 5 seconds. (including the reboot), lightweight and portablitily are pluses. The battery life is substantial. I've never had a laptop last through days of use without charging. No programs are a big plus for me. I use chromebrowser across devices so a dedicated chrome device is quite convienent. Especially with regards to chromecast. I also utilize the developer mode to access to linux ubuntu in case I need to do something that requires a program. I can switch between linux and chrome os with only a keystroke. It doesn't store all my music and pictures but those are on the cloud anyway so they are accesible and playable if i did want to view/listen to them. I use spotify though. The chromebook has blown me away for the price. It's my research tool and since it looks like a laptop it's good for discussion posts. My tablets and phone don't provide the most user friendly typing experience. (IPAD and NOTE3). You can be a little bit rougher with them too since they are relatively cheap. My HP chromebook is selling for $199 now.

I would like to play some android games on my chromebook though. Blue Stacks (android emulator program) is only available on standard Operating Systems. It was available for chromebook awhile back but they pulled it. It's basically a tablet with a keyboard attached, which I like. Cheers
Reply  |  Post Message  |  Messages List  |  Start a Board

World's first Android standalone Projector and it's tiny!
Make an interactive table, wall, or even watch films in bed on the ceiling on 80" movies!....

It's a bit of both. Android apps on Chrome OS should be faster than the Web app equivalent (native code in Native Client vs. Web app code that has not been optimized for speed, via asm.js for example), but that's largely theoretical since Android and Web apps have different codebases (and thus aren't directly comparable) and since Web versions for these services (ie: Evernote) differ from the Android versions.

I got Chromebooks for my daughters for the security and maintenance benefits -- in other words, I don't have to do anything to keep them running.
Reply  |  Post Message  |  Messages List  |  Start a Board

I noticed the same trend.  People I know like instant-on chromebook providee.  Many people must be requesting such changes.  I wonder whether such changes would incite people to get chromebooks because of the availability of these apps.
Reply  |  Post Message  |  Messages List  |  Start a Board

Do these Android apps run faster than equivalent Web apps? Or better offline performance? Or is this a matter of boosting the library of apps for Chromebook?
Reply  |  Post Message  |  Messages List  |  Start a Board
Page 1 / 2   >   >>
Editors' Choice
Hot Topics

Dark Side of AI: How to Make Artificial Intelligence Trustworthy Guest Commentary, Guest Commentary,  9/15/2020
White Papers
2020 Gartner Market Guide for Network Detection & Response
How You Can Evaluate Your Org's Cybersecurity Readiness
Unit 42 Cloud Threat Report: Spring 2020
How to Prioritize Risk Across the Cyberattack Surface
Focus on the Vulnerabilities that Pose the Greatest Risk