When the Federal Aviation Administration finally proposes rules for commercial drones, the agency is expected to require that drone operators be licensed.

Citing unnamed people familiar with the agency's rulemaking process, The Wall Street Journal on Monday reported that the agency's forthcoming proposed rules, anticipated by the end of the year, will require certifications for operators of unmanned aircraft systems (UAS).

In addition, the rules are said to limit commercial UAS flights to daylight hours, to altitudes below 400 feet, and to an area within the pilot's line of sight. So much for the dream of a drone-based delivery service from Amazon.com. What's more, the rules are said not to address the privacy implications of drones.

Current FAA rules ban commercial drone flights, except for those who have obtained specific exemptions. In June, the agency authorized the first commercial UAS flight over US territory, an AeroVironment Puma AE drone that conducted aerial surveys in Alaska for energy company BP. In September, the FAA granted a waiver allowing six Hollywood production companies to fly drones for aerial cinematography.

The proposed rules are not expected to affect hobbyists, who are exempt from FAA regulations but are advised to follow the agency's model aircraft guidelines.

Mark E. McKinnon, a partner at McKenna Long & Aldridge, said in a phone interview that what separates hobbyists from commercial drone operators is intent. He said the specific requirements of the UAS pilot certification are not clear from The Wall Street Journal's report, noting that while ground school and airspace knowledge will be important to commercial UAS pilots, knowing how to operate the controls of a private or commercial aircraft won't necessarily be helpful when piloting a drone.

"Ultimately, having a pilot certification requirement is necessary because that's the way the FAA regulates safety in the national airspace," McKinnon said. "If you're an unsafe flyer, they can pull your certification. They're going to want some way, if someone does something dangerous, to ground that person." 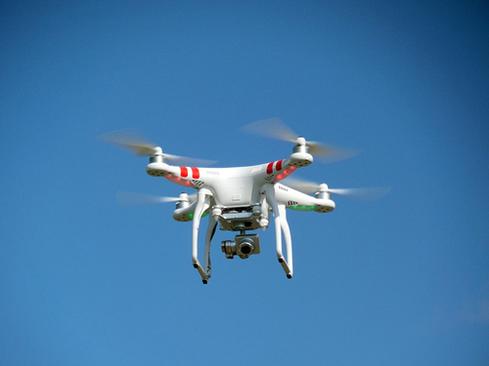 McKinnon sees the rules as helpful to the commercial UAS industry. "The uncertainty has really been a drag on the way people have thought about what they're going to do," he said, though he acknowledged that the burden of compliance -- log keeping, maintenance requirements, and the like -- might prove too difficult for small startups to manage.

McKinnon doubts the FAA will be able to issue its proposal before the end of the year, due to the review time required by Office of Information and Regulatory Affairs. After the proposed rules are issued, there will be a comment period. That means final rules won't be issued for another year or two.

Thomas Claburn has been writing about business and technology since 1996, for publications such as New Architect, PC Computing, InformationWeek, Salon, Wired, and Ziff Davis Smart Business. Before that, he worked in film and television, having earned a not particularly useful ... View Full Bio
We welcome your comments on this topic on our social media channels, or [contact us directly] with questions about the site.
Comment  |
Email This  |
Print  |
RSS
More Insights
Webcasts
The Failures of Static DLP and How to Protect Against Tomorrow's Email Breaches
ROI and Beyond for the Cloud
More Webcasts
White Papers
The State of Threat Detection and Response
Frost Radar: Global Threat Intelligence Platform Market
More White Papers
Reports
Are Unprotected Cloud Databases Leaking Your Data?
How Data Breaches Affect the Enterprise (2020)
More Reports

So pretty much anyone can claim "hobbyist" status in order to pull an end run around the licensing/certification, which means that drone technology can be hijacked by deviants/criminals wanting to spy/stalk on others.  Now that's what I call a loophole big enough to drive a bus through it.
Reply  |  Post Message  |  Messages List  |  Start a Board


Senators don't like where the FAA's headed on drones


Senate lawmakers are pressuring the Federal Aviation Administration to speed up its efforts to develop rules for drones — and at least one senator is objecting to a restrictive proposal that could put commercial drones out of reach of all but the wealthiest companies. (Continued)
Reply  |  Post Message  |  Messages List  |  Start a Board

It's about time to have some regulation on drones, just so business can know what to expect. I'm still concerned that privacy issues were not addressed and have the vague feeling like the FAA is slightly out of sync with how drones could would and even should be used. Given these possible regulations what do you see for the future of commercial drones?
Reply  |  Post Message  |  Messages List  |  Start a Board

>When I look up, I still hope to see song birds. In two years, that may be mainly a fond remembrance.

I would not be surprised if there's a startup working on delivery of digital content via carrier pigeon. Netflix still makes the Postal Service work as an alternative to the Internet. Maybe birds toting USB sticks could work too.
Reply  |  Post Message  |  Messages List  |  Start a Board

I'm glad these were regulations became a reality before there was an accident , the thought of unmanned drones delivering packages was downright scary . Why can appreciate the creativity the opportunity for issues and accidents was way too high . Before looking at drones I think Amazon has more potential with its centralized boxes for shipments and returns . Expanding that concept seems to make a lot of sense .
Reply  |  Post Message  |  Messages List  |  Start a Board

Now that some certainty is on the way, a commercial drone industry can emerge. I still worry about "hobbyists". Unregulated, they can still be a menace to commercial aviation. They, to, should be regulated, as are amateur radio operators.
Reply  |  Post Message  |  Messages List  |  Start a Board

When I look up, I still hope to see song birds. In two years, that may be mainly a fond remembrance. By then it may more likely be a low level, remotely piloted device humming along,with bird life clearing out of its vicinity.
Reply  |  Post Message  |  Messages List  |  Start a Board
Editors' Choice
Hot Topics