As US regulators continue to press mobile platform providers for failing to prevent children from making unauthorized purchases in apps, European regulators are doing the same.

On Friday, EU Commissioner for Consumer Policy Neven Mimica said in a statement that EU efforts to stop children from conducting in-app transactions without permission have been going well. "Children must be better protected when playing online," he said.

EU Consumer Protection Cooperation (CPC) authorities have decided that games advertised as "free" should not misrepresent the cost to consumers. In response, Google has removed the term "free" from Google Play store listings that describe games containing its In-app Billing API, even if that API is not actually used.

In so doing, Google has gone above and beyond regulatory requirements. The CPC rules require only that "an online game cannot be marketed as 'free' where the consumer cannot, without making in-app purchases, play the game in a way that he/she would reasonably expect." In many "free" games, in-app purchases are not required; they generally improve the player's situation without being critical to in-game advancement.

[Why do some of the rumored iPhone 6 features sound familiar? Read iPhone 6: 8 Ideas Ripped From Rivals?]

Google declined to comment. The CPC says that Google is in the midst of implementing changes that will bring it into compliance with EU consumer protection law.

The European Commission in its release contrasts Google's proactive compliance -- deference driven perhaps with an eye toward its search and Android antitrust fights in Europe -- with Apple's insufficient action. "Although, regrettably, no concrete and immediate solutions have been made by Apple to date to address the concerns linked in particular to payment authorisation, Apple has proposed to address those concerns," the Commission states. 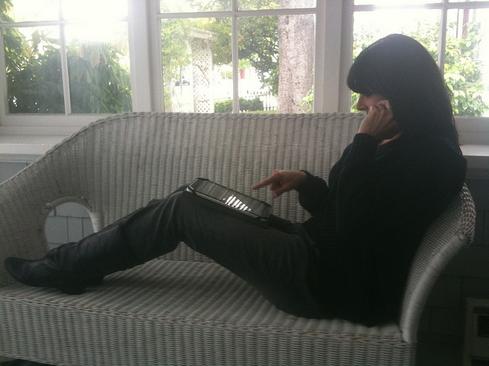 The CPC observes that Apple has made some changes to address its concerns: misleading use of the word "free," exhortations to children to buy in-app items, and transactions made without informed consent. Apple now shows the text "In-App Purchases" in close proximity to the iTunes download button for free apps that include in-app purchases. It also last month modified its iOS App Review Guidelines to require developers to identify the presence of in-app purchasing clearly in any app.

But the group, which represents consumer protection authorities in the various EU countries, notes that Apple's position with regard to preventing exhortations to children is that its developers bear the burden of compliance with local laws. The CPC counters, "Internet platform providers have a responsibility to ensure that games on their platforms do not contain direct exhortations to children."

European law does not outright ban advertising to children. But lack of clarity about the line between "direct exhortations to purchase" and any in-app purchasing opportunity offered outside a menu reached through user navigation means that developers might have to abandon proven patterns of revenue generation, at least when children may be involved. In other words, presenting a pop-up "buy these $99 magic berries" option to a minor could be inviting regulatory trouble.

Apple did not respond to a request for comment. Some European concerns about Apple's ecosystem are expected to be addressed by additional parental controls planned in iOS 8, which should ship this fall.

For developers, the scrutiny of in-app purchasing in the U.S. and Europe is likely to mean less revenue from selling virtual goods, at least in the near term. But stricter rules could encourage better mobile games: Developers will have to focus on gameplay, to create genuine engagement and revenue opportunities, rather than manipulative monetization techniques.

Thomas Claburn has been writing about business and technology since 1996, for publications such as New Architect, PC Computing, InformationWeek, Salon, Wired, and Ziff Davis Smart Business. Before that, he worked in film and television, having earned a not particularly useful ... View Full Bio
We welcome your comments on this topic on our social media channels, or [contact us directly] with questions about the site.
Comment  |
Email This  |
Print  |
RSS
More Insights
Webcasts
Cybersecurity Risk Management
Managing a Hybrid Cloud Infrastructure
More Webcasts
White Papers
2020 SANS Enterprise Cloud Incident Response Survey
Cybersecurity Report Card
More White Papers
Reports
The State of DevSecOps Report
The Malware Threat Landscape
More Reports

With the caveat that I don't play any of these games (no, really) isn't it a simple enough matter to just not allow Apple or Google to store a credit card number? Why not pay with PayPal and not give the child the password?
Reply  |  Post Message  |  Messages List  |  Start a Board

That's true also. And, if my kid racked up $40 or so, certainly she'd be paying for it directly. However, I do have some sympathy for people who get bills out of the blue for hundreds of dollars.
Reply  |  Post Message  |  Messages List  |  Start a Board

An iOS app that relied on PayPal as a payment mechanism for apps would never be approved -- it would bypass Apple control and deny it the 30% fee.
Reply  |  Post Message  |  Messages List  |  Start a Board

Parents should take responsibility but there are some pretty deceptive ways to implement in-app purchasing. That said, I think the EU is going a bit too far in denying direct exhortations to kids to buy something. That's what advertising is.
Reply  |  Post Message  |  Messages List  |  Start a Board

That 30% fee is a disincentive for Apple to do much. Most parents will suck it up and pay.
Reply  |  Post Message  |  Messages List  |  Start a Board
InformationWeek Is Getting an Upgrade!