Following up on a commitment by CEO Mark Zuckerberg last month to "put people first," Facebook is taking steps to clarify how users have configured their privacy settings.

Facebook claims that although some of its users enjoy sharing with everyone -- a habit the social network has encouraged over the years -- others say they prefer sharing with smaller groups, such as their Friends.

From now on, when new Facebook users make their first posts, the default audience for each post will be set to Friends rather than Public. This will reduce the potential for the inadvertent disclosure of information that wasn't intended to be seen by everyone on the Internet. Drunken Facebook users of the world should be pleased.

First-time users -- those other than the 1.28 billion who already use Facebook -- also will see a pop-up reminder to choose an audience for their posts.

Facebook veterans will get some attention as well. Over the next few weeks, Facebook will be rolling out a Privacy Checkup tool that will walk users through various settings to ensure that users review relevant sharing options. These Privacy Checkup popup windows include a blue cartoon dinosaur character. Make of that what you will.

"We want to do all we can to put power and control in people's hands," Facebook explains on its website. "This new tool is designed to help people make sure they are sharing with just the audience they want." 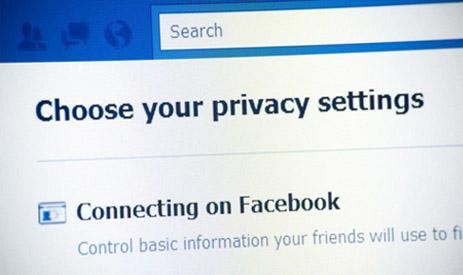 At the company's F8 developer conference last month, Facebook headed in the opposite direction: The social network redesigned the way third-party apps using Facebook Login ask for permission, giving users the ability to accept or reject specific permissions, rather than requiring them to accept or reject permissions as a group. Adopting a granular permission model gives users more control over settings related to app privacy. But that control comes at the cost of simplicity.

Thomas Claburn has been writing about business and technology since 1996, for publications such as New Architect, PC Computing, InformationWeek, Salon, Wired, and Ziff Davis Smart Business. Before that, he worked in film and television, having earned a not particularly useful ... View Full Bio
We welcome your comments on this topic on our social media channels, or [contact us directly] with questions about the site.
Comment  |
Email This  |
Print  |
RSS
More Insights
Webcasts
Unifying Your Endpoint Security Strategy
Leveraging Infrastructure as Code to Streamline Security & Operations
More Webcasts
White Papers
How to Build Your Incident Response Plan
GRC Buyer's Guide - 5 Steps to Success
More White Papers
Reports
Future Proofing Your Network for 5G
A Practical Guide to Enabling 5G Deployments
More Reports

Facebook showed its prejudices when it made "everyone" the default setting the first time around. It's gotten the "people first" old time religion rather late, after the first 1.28 billion people have already signed up using the "everyone" standard. The more everyone can see your information, the more everyone will come to Facebook. Let's see how complicated Facebook makes it for the 1.28 billion to apply greater privacy.
Reply  |  Post Message  |  Messages List  |  Start a Board

Apparently, people have taken to calling the dinosaur "Zuckasaurus," or so says Nick Bilton. Facebook may regret not getting out in front of this by proposing its own name for its mascot. The company could have gone with something like "Peep, the privacy-aware dinosaur."
Reply  |  Post Message  |  Messages List  |  Start a Board

Are dinosaurs known for their privacy skills? I guess their full story stayed private but I'm not sure that is a privacy win. Seriously though, it is good Facebook is changing some defaults to "friends" only.
Reply  |  Post Message  |  Messages List  |  Start a Board
InformationWeek Is Getting an Upgrade!