New York is looking for a payphone payoff. Google, Samsung, and others expected to submit bids for the project.

New York City wants to put its 9,670 payphones back to use by converting them into WiFi hotspots. More than 50 companies are interested in assisting New York's bid to become more connected, including Google, Cisco, Samsung, and IBM. New York believes it should hook up residents of all five boroughs with free Internet access.

The program, which is being managed by New York's Department of Information Technology and Telecommunications (DoITT), was kicked off last year by former mayor Michael Bloomberg. Mayor Bill de Blasio is expanding the project with the hope of bringing the Internet to the masses.

"The role of public pay telephones has changed dramatically over the last 10 years," DoITT said. "The widespread adoption of mobile devices reduces the overall need for public telephones, yet not everyone owns a mobile phone, and not everyone who owns one has connectivity at all times." The DoITT has a franchise agreement with 10 companies that operate the phones today, but the agreement expires in October. With the expiration date looming, the DoITT is exploring how best to put the payphones to use. One such idea is WiFi.

The city held an informational meeting in May to kick off formal interest in the project. The attendees of that meeting are expected to submit final proposals Monday. In addition to WiFi, the phones may also be used to provide telephone service and advertising. Companies are allowed to charge for telephone services, but WiFi and 911/311 calls will all need to be offered free of charge. Further, the city wants users to be able to sign in once and seamlessly access the free WiFi as they move around.

Google has been pushing for greater access to WiFi and/or the Internet for years. Google has deployed fiber in a handful of communities around the US, including Austin, Texas; Kansas City; and Provo, Utah. Google Fiber is considering rolling out in more cities, including Atlanta; Charlotte, N.C.; Phoenix; Portland, Ore.; San Antonio, Texas; and San Jose, Calif. Google's hard-wired plans are joined by several WiFi projects. For example, Google offers free WiFi in the area surrounding its NYC headquarters in the Chelsea neighborhood. 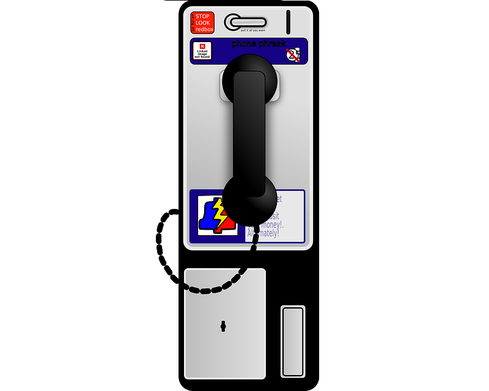 Google is also taking over WiFi duties from AT&T at Starbucks locations nationwide. Despite losing Starbucks, AT&T still offers WiFi at 34,000 locations across all 50 states, not including its project to cover NYC parks with wireless Internet access. AT&T has also stacked WiFi in Times Square to help alleviate congestion on its cellular network.

Google's interest in expanding access to the Internet is not wholly altruistic. The company is an advertising firm and will surely make use of its prowess at delivering ads to those who use its WiFi.

New York has not said when it will select the winning bid, nor when city residents can expect to see WiFi lighting up at what were once public payphones.


I think it's a great use for the now unsightly and ill kept pay phone areas throughout the city. They are abandoned relics of the past that are eyesores. The question I have about the Wi-Fi plan is security, hopefully someone is putting some thought into the security infrastructure behind the initiative.

Actually, given the pitiful state of the spectrum auction, carriers may be just as glad to let offload happen. Crappy 4G in NYC isn't exactly a great sales tool.
Reply  |  Post Message  |  Messages List  |  Start a Board

I, too, was shocked to hear there are that many pay phones in NYC. I figured there'd be about 30. If this plan shakes out, that's a lot of WiFi coverage, thus reducing the need for cellular in America's biggest city. I assume Verizon and AT&T will try to prevent it. They depend on customers going over their 2GB a month data plans!
Reply  |  Post Message  |  Messages List  |  Start a Board

Its purpose wasn't entirely clear. We were a long, long way from Metropolis, so it might just have been abandoned.
Reply  |  Post Message  |  Messages List  |  Start a Board

>I wonder what kind of data Google wins from this arrangement.

So, was it just for nostalgia purposes? Or, in case a local superhero needed a changing area?
Reply  |  Post Message  |  Messages List  |  Start a Board

I saw an actual phone booth -- Superman style, with the sliding door and all -- last week, and it struck me at how rare such booths are and how ubiquitous they used to be. This one didn't have a phone in, it was just the booth.
Reply  |  Post Message  |  Messages List  |  Start a Board

I wonder what kind of data Google wins from this arrangement.
Reply  |  Post Message  |  Messages List  |  Start a Board

What's been the reaction from incumbent cable providers? I imagine that such a proposal in the Boston area would send Comcast and Verizon into damage control mode, complete with pending legislation to shut the project down.

Also, who knew there were still so many pay phones in NY?
Reply  |  Post Message  |  Messages List  |  Start a Board
InformationWeek Is Getting an Upgrade!