Hilton Worldwide plans to allow guests to check-in and choose their rooms using mobile devices, and even to unlock their hotel rooms.

By the end of the year, Hilton says it will offer digital check-in and room selection at 11 of its brands, across more 4,000 properties. The service will be available to Hilton HHonors members in more than 80 countries, the company said.

"We analyzed data and feedback from more than 40 million HHonors members, as well as guest surveys, social media posts, and review sites, and it's clear that guests want greater choice and control," said Geraldine Calpin, SVP and global head of digital at Hilton Worldwide, in a statement. 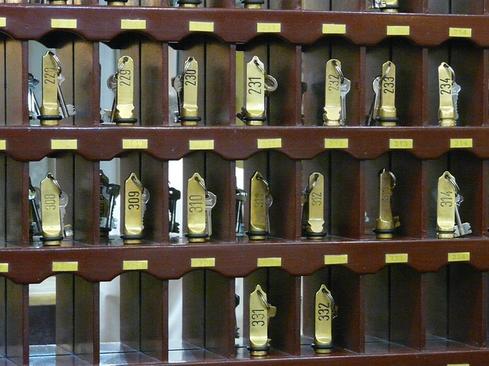 Calpin cited a company-commissioned study conducted by Edelman Berland that indicates some 84% of business travelers want the ability to choose their own room. Calpin said Hilton is enabling guests to select rooms, room types, and room numbers, subject to availability, using mobile devices.

Hilton began piloting an early version of its digital check-in application five years ago and released the first version of its hospitality software, Conrad Concierge, in 2012. Its study was conducted July 7-11 this year, making the findings a convenient affirmation of a longstanding commitment to hospitality-oriented technology.

[Is everything going wireless? Read Google To Turn NYC Payphones Into WiFi Hotspots.]

Christopher J. Nassetta, president and CEO of Hilton Worldwide, said that since travelers are using smartphones as boarding passes, it follows that they will want to use their mobile devices as keys.

"We have spent the past few years testing a number of different options to make this vision a reality, and we are developing proprietary technology that is safe and reliable for our guests to use, and cost-effective for our hotels to install," he said in a statement.

Ensuring that the technology can be used safely may not be that easy. In September 2012, according to a report published two months later by Forbes, an IT services consultant for Dell returned to her Hyatt room in Houston, Texas, to find her laptop stolen. The hotel concluded that the thief had entered the room by exploiting a vulnerability in a digital lock made by Onity. The vulnerability had been disclosed at the Black Hat security conference in July, 2012, and Onity said it shipped a fix to customers the following month.

Hilton did not immediately respond to a request for comment about its approach to lock security.

Hotels tend to be safer than homes. People are far more likely to experience property crime in or around their own homes (63.7% of incidents, 2004-2008) than in a hotel or motel room (0.3% of incidents, 2004-2008), according to the Bureau of Justice Statistics. Nonetheless, hotel crime remains a significant problem. A 2004 study of crimes against hotel visitors in Miami found 600 police reports during the 2000-2003 period.

Cody Brocious, the senior security consultant with Accuvant LABS who identified the flaw in Onity locks, said in an email that as long as we have digital locks, there will be vulnerabilities.

"Bugs are always going to be present; we're talking about fairly complex pieces of tech that can't easily be updated in the field and generally have very little in the way of proper testing," Brocious said. "As long as these locks are protecting valuables, there will be the chance that someone will hunt down those bugs and exploit them."

Thomas Claburn has been writing about business and technology since 1996, for publications such as New Architect, PC Computing, InformationWeek, Salon, Wired, and Ziff Davis Smart Business. Before that, he worked in film and television, having earned a not particularly useful ... View Full Bio
We welcome your comments on this topic on our social media channels, or [contact us directly] with questions about the site.
Comment  |
Email This  |
Print  |
RSS
More Insights
Webcasts
Building Asset Management into Your Enterprise Security Strategy
Cybersecurity Risk Management
More Webcasts
White Papers
Zero Trust Evaluation Guide
Smart Service Management: Working Better Together with a Connected Enterprise
More White Papers
Reports
Dark Reading Report: Battle for the Endpoint
Protection Strategies for a Cyber-Resilient Organization
More Reports

Thanks for the update. We also have to understand that Hilton has to keep some security details private as a way to protect the efficiency of the security systems.

Thanks for the link.

"Hilton will likely want to keep the tech details under wraps for security reasons," which makes sense.

Sometimes people ask for too many security details without realizing that if the information is so easily available to anyone there are more possibilities that the security in question could be hacked.

And then you have wonder if some people actually think before asking about something that should be kept as secret as possible. :/


Bill Murphy, CIO, Hilton Worldwide, just responded to my query about the security of the company's automated locks:


He wrote in an email, "All of Hilton Worldwide's proprietary systems undergo rigorous testing and validation. Guest facing systems have proven to be reliable and secure. Additionally, before new technology is deployed to our hotels, more rigorous internal testing is supplemented with certification by external security experts."

Hilton is on the right track turning smartphones into room keys as digital is the way everything is going.

Now, if according to Cody Brocious there will be vulnerabilities as long as there are digital locks I would like to know what the possible solutions to this are. The most obvious is enhancing digital locks security, but what is the efficient and effective way to do this.

Another thing to consider is how many flaws like the one the Onity locks suffered have been registered.

It would have been nice if Hilton would have replied to your request to comment on this.

Yes, Lorna, you plan to use your charger as soon as you get back into your room, and lo and behold, you need the phone to get into the room. This change will take some getting used to, for some of us.
Reply  |  Post Message  |  Messages List  |  Start a Board

Maybe for the security community, hotels could implement two-factor authentication: a physical key and a smartphone.
Reply  |  Post Message  |  Messages List  |  Start a Board

The fewer things I need to take with me out the door the better. Seems Hilton is following in the footsteps of Disney's MagicBand wearable that serves as hotel room key as well as credit card and park ticket. The vulnerabilities in digital locks are a bit unnerving, so I won't be signing up as an early adopter. But this is the direction major hotels are going. The mobile experience needs to go beyond just booking a room.
Reply  |  Post Message  |  Messages List  |  Start a Board

Often walk out sans keys. Never, ever walk out sans phone. The only downfall is if someone's battery dies while they are out of the room. The desk should keep on hand a supply of external backup power supplies.
Reply  |  Post Message  |  Messages List  |  Start a Board
InformationWeek Is Getting an Upgrade!