Apple's upgraded iPhone gave a big boost to the smartphone market, though worldwide shipments came in below IDC's projections.

Smartphone manufacturers shipped a total of 355.2 million smartphones worldwide in the third quarter of 2015, up 6.8% from the 332.6 million units compared with the same period last year, according to the latest report from IT analytics firm IDC.

The third quarter of 2015 was the second-highest quarter of shipments on record, the report noted, but was slightly below IDC's previous forecast of 363.8 million units, largely due to slightly lower than expected iPhone shipments.

Along with the media frenzy and fanfare that helped push new iPhone sales through the roof, older iPhone 5S, 6, and 6 Plus models also sold vigorously during the quarter due to recent price cuts across all models.

Samsung, which remained focused on premium handsets with the launch of two new flagship devices, the Galaxy S6 edge + and Note5, once again remained the overall leader in the worldwide smartphone market with 84.5 million units shipped, up 6.1% from last year. 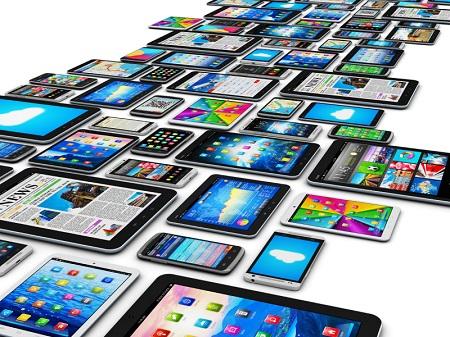 The report also noted that, outside of the key flagship models, the company’s sub-$200 devices, including the Galaxy Core and Grand Prime, as well as the J-Series, drove a majority of shipments in many key emerging markets.

Huawei shipped 26.5 million units, up a robust 60.9% from last year -- good enough for a third place finish, while Lenovo, with help from its acquired assets in Motorola, finished in fourth place.

Rounding out the top five was Xiaomi, which shipped 18.3 million smartphones in the third quarter, bringing its 2015 total to 52.1 million, thanks in large part to the brand’s popularity within China.

"The third quarter placed a substantial emphasis on flagship devices as vendors tried to outclass each other in both features and design," Anthony Scarsella, IDC research manager for mobile phones, said in a statement. "New flagship models translated to fiercer competition at the high-end for most players as many will try to challenge both Samsung and Apple for a place among the elite. However, despite the glitz and glamour at the high-end, we still expect the bulk of volume and growth to once again sprout from low to mid-range handsets, particularly in emerging markets."

"The vendor landscape and product offerings are really unique at the moment as many markets are seeing consumers become more aware of alternative buying options when it comes to paying for their smartphone," Ryan Reith, program director with IDC's Worldwide Quarterly Mobile Phone Tracker, said in a statement. "In mature and subsidized markets, we now have a wide range of operators offering equipment installation plans (EIP), as well as early trade-in options."

He also noted that at the same time, the number of unlocked and off-contract offerings has increased significantly, and that situation is slowly starting to resonate with consumers.

Nathan Eddy is a freelance writer for InformationWeek. He has written for Popular Mechanics, Sales & Marketing Management Magazine, FierceMarkets, and CRN, among others. In 2012 he made his first documentary film, The Absent Column. He currently lives in Berlin. View Full Bio
We welcome your comments on this topic on our social media channels, or [contact us directly] with questions about the site.
Comment  |
Email This  |
Print  |
RSS
More Insights
Webcasts
Securing and Monitoring Networks in the 'New Normal'
How Elite Analyst Teams are Transforming Security with Cyber Reconnaissance
More Webcasts
White Papers
The Value of Threat Intelligence with DomainTools: Identify Threats 82% Faster
SANS Report: Measuring and Improving Cyber Defense Using the MITRE ATT&CK Framework
More White Papers
Reports
How Data Breaches Affect the Enterprise (2020)
IDC FutureScape: Worldwide Digital Transformation Predictions
More Reports

"I hope all goes well for MS"

The replacement cycle for smartphones is shrinking. In the U.S. most if not all carriers are moving toward leasing models where you get to upgrade your phone every year or more often; you'll have to return your old phone though. Just a few years ago most smartphone subscribers were on two-year plans and upgraded to a new phone when the two years were up.

Apple makes enough meaningful improvements to its iPhone every year that a lot of iPhone users will upgrade. Apple also has a program where you can upgrade every year. This also means sales will increase -- close to double?

Will the pace of smartphone updates get faster? I am not sure. Developers need time to create and then fine tune apps to take advantage of the new features. If hardware development outpace software development too much there will be a dearth of good apps to use on shiny new smartphones. Of course software developers will find ways to more rapidly build apps too. I think the smartphone industry will continue innovating at a rapid pace and for sales for the top brands to continue to grow, and for some time to come.
Reply  |  Post Message  |  Messages List  |  Start a Board

Samsung should stop making such beautiful phones and give others a chance. The flagship Lumia is around the corner as well. I hope all goes well for MS.
Reply  |  Post Message  |  Messages List  |  Start a Board

@mak: I don't think smartphone would ever be saturated in the market. Like. I had a Galaxy S5 which was working perfectly well but when the S6 was released I just had to get my hands on the beautiful beast. Most people are like that. They get swayed by flagships.
Reply  |  Post Message  |  Messages List  |  Start a Board

"the number of unlocked and off-contract offerings has increased significantly, and that situation is slowly starting to resonate with consumers."
It's about time, if you ask me.
Anyways, I'd like to comment that my eldest sister got one of those Grand Prime in a so called emerging markets. She's as happy as can be,
Am I correct to estimate that we are at roughly 1 billion devices a year? So, how long it'd take to saturate the market? Are the smartphones in the same down hill road as the tablets? Unlikely for several years, right?
Reply  |  Post Message  |  Messages List  |  Start a Board
Editors' Choice
Hot Topics