Chinese vendors like OPPO and vivo show impressive leaps in growth as the overall market for smartphone shipments cools down.

Samsung and Apple remained at the top of the smartphone manufacturing pile, even though its year-over-year shipments of the iPhone dropped for the first time. The overall smartphone market posted only modest growth.

Vendors shipped a total of 334.9 million smartphones worldwide in the first quarter of 2016, up slightly from the 334.3 million units in first quarter of 2015. That increase marks the smallest year-over-year growth on record, according to research firm IDC's latest quarterly mobile phone report.

Shipments of the iPhone slipped to 51.2 million units, down 16.3% from last year. Samsung remained the leader in the worldwide smartphone market, despite a year-over-year decline of 0.6% in shipments.

Overall shipment volume for Samsung in the quarter was 81.9 million, good for nearly a quarter of the market.

Huawei, which shipped 27.5 million smartphones in the quarter, saw its marketshare surge by nearly 60% year-over-year to 8.2%, thanks to continued domestic dominance, combined with a growing presence outside of China. 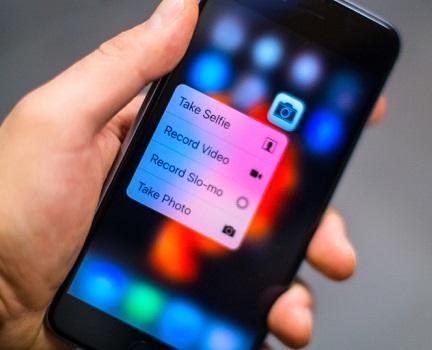 The report noted that premium devices like the P9, Mate Series, and Nexus 6, along with entry-level devices from its Honor brand, should help Huawei gain further traction worldwide.

Two Chinese manufacturers bumped Lenovo and Xiaomi out of their spots in fourth and fifth place:  newcomers OPPO, which has been shipping smartphones since 2011, and vivo, which first tested the global marketplace in Southeast Asia and India in 2014.

"Along China's maturing smartphone adoption curve, the companies most aligned with growth are those with products serving increasingly sophisticated consumers," Melissa Chau, senior research manager with IDC's Worldwide Quarterly Mobile Phone Tracker, said in a statement. "These new vendors would be well-advised not to rest on their laurels though, as this dynamic smartphone landscape has shown to even cult brands like Xiaomi that customer loyalty is difficult to consistently maintain."

Almost 20% of OPPO's shipments went outside of China in 2015, and the company's expansion in China itself has been through offline channels and a strong push to lower-tier cities.

The company's 18.5 million smartphone shipments in the last quarter represented 153.2% year-over-year growth, the strongest among the top five, followed only by vivo, which posted 123.8% growth.

With its focus on audio and premium branding, the company's retail presence and marketing in lower-tier markets is a key factor to its growth, the report noted. One of vivo's best-selling flagship products, the X5Pro, is also among the most expensive, priced around $300.

"Outside of China, many of these brands are virtually unknown and the ability of these rapidly growing Chinese vendors to gain entry into mature markets such as the United States and Western Europe will be essential if they have aspirations of catching Apple or Samsung at the top," Anthony Scarsella, research manager with IDC's Mobile Phone team, said in a statement.

Nathan Eddy is a freelance writer for InformationWeek. He has written for Popular Mechanics, Sales & Marketing Management Magazine, FierceMarkets, and CRN, among others. In 2012 he made his first documentary film, The Absent Column. He currently lives in Berlin. View Full Bio
We welcome your comments on this topic on our social media channels, or [contact us directly] with questions about the site.
Comment  |
Email This  |
Print  |
RSS
More Insights
Webcasts
Monitoring the Invisible - Digital Experiences in a Zero Trust World
Managing Your Enterprise Collaboration Platforms
More Webcasts
White Papers
Policy as Code Guide - Design, Build, & Runtime
Incident Readiness and Building Response Playbook
More White Papers
Reports
CVE Weaponization Report
Why You're Wrong About Operationalizing AI
More Reports