There's no such thing as bad publicity, unless the publicity is really bad. Just ask the mobile payments service formerly known as Isis.

Isis, the electronic payment service founded by AT&T Mobility, T-Mobile USA, and Verizon Wireless, has decided to change its name to avoid being associated with the Islamic State of Iraq and Syria, the militant group also known as ISIS (the English translation of the group's name as rendered as an acronym).

CEO Michael Abbott announced the company's intention to rebrand itself in light of the militant group's involvement in violence against civilians and government forces in Iraq and Syria.

"However coincidental, we have no interest in sharing a name with a group whose name has become synonymous with violence and our hearts go out to those who are suffering," Abbott said in a statement. "As a company, we have made the decision to rebrand."

Duplicate acronyms don't always cause problems. One of Isis's parent companies, AT&T, shares the letters of its name with ATT, the UK's Association of Taxation Technicians and with the IATA code for the Atmautluak Airport in Alaska. If any confusion has arisen from the overlap, it hasn't been sufficient to pique the interest of trademark lawyers.

Though it's sometimes said -- from behind the safety of a desk -- that the pen is mightier than the sword, you won't see anyone charging into Iraq brandishing a ballpoint pen in defense of the Isis name. 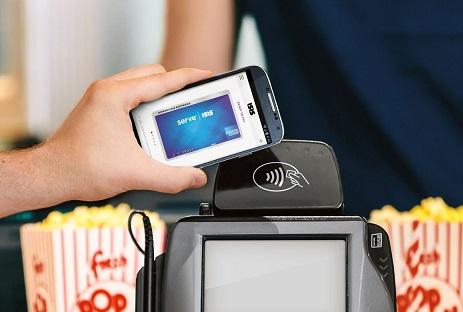 Given that the Isis payment service is barely established as a brand -- launched last November, the company in May boasted an average of 20,000 Isis Wallet activations per day for the previous 30 days -- a name change should not be all that painful.

Whatever the name the company takes for itself -- a new moniker has yet to be decided -- the firm formerly known as Isis has more pressing concerns. Last fall, Google introduced a technology called Host Card Emulation (HCE) in Android 4.4 (KitKat). HCE makes it possible to emulate smart cards in software and to store credit information in the cloud, bypassing carrier-controlled NFC hardware. Isis's founders, which wanted to be transaction gatekeepers, may no longer be a necessary part of the mobile payment systems that eventually find favor in the market.

What's more, by cutting and running, the entity once called Isis may be setting a bad precedent. If mayhem is all it takes to prompt trademark holders to abandon their name claims, it won't be long before we see terror groups co-opting corporate names and acronyms like IBM (Incorrigible Buddhist Mercenaries), HP (Holy Partisans), and Dell (Devious Enemies of Laos and Latvia) to further their agendas with publicity that unbranded violence just can't buy.

Still, it's uncertain whether consumers really want an alternative to existing payment mechanisms. According to a Forrester report released in December, "Understanding Digital Wallet Options For Your Business," only 11% of US consumers have a digital wallet. "Driving consumer interest and adoption is a steep, uphill climb in developed markets because the current payment systems work quite well," the report says.

Maybe Isis would fare better in the market if it rode ISIS's wave of infamy without blinking.

Thomas Claburn has been writing about business and technology since 1996, for publications such as New Architect, PC Computing, InformationWeek, Salon, Wired, and Ziff Davis Smart Business. Before that, he worked in film and television, having earned a not particularly useful ... View Full Bio
We welcome your comments on this topic on our social media channels, or [contact us directly] with questions about the site.
Comment  |
Email This  |
Print  |
RSS
More Insights
Webcasts
Multi-Cloud Data Management for Modern Applications
How the Rapid Shift to Remote Work Impacted IT Complexity and Post-Pandemic Security Priorities
More Webcasts
White Papers
Intelligent Outcomes Are Key to Business Resilience
Using Farsight Passive DNS for Incident Response
More White Papers
Reports
Enabling Enterprise Resiliency Through Cyberthreat Detection
Trustwave Global Security Report
More Reports

An anonymous payment system sounds great, but I can't imagine that AT&T, so entwined with government regultors, law enforcement, and intelligence agencies, could ever support something that would diminish the power of the state.
Reply  |  Post Message  |  Messages List  |  Start a Board

Not buying that this is a real worry and not a bid for publicity and a chance to shed a name that never did ignite much interest in the tech. Now they get a free shot at a fresh start, no harm no foul.
Reply  |  Post Message  |  Messages List  |  Start a Board

If you're a big, popular brand and some evil faction comes along and swipes your name (or acronym) you can't budge -- you're too established to change your name. But Isis is probably doing the right thing. It's not well-known enough to transcend the stigma of something like ISIS. Better to nip it in the bud.
Reply  |  Post Message  |  Messages List  |  Start a Board

That's funny. BMC didn't rename itself once the Baader-Meinhof Complex became a popular book describing the German terror gang. What if Tony Blair is right and ISIS gets tossed out? Go back to the original name? Sometimes, you have to tough it out in the face of events.
Reply  |  Post Message  |  Messages List  |  Start a Board
InformationWeek Is Getting an Upgrade!