Net Neutrality: Why You Should Fear The Tier - InformationWeek

50%
Tweet
The end of Net neutrality would hobble today's businesses, increase costs for customers, and stifle the potential for future innovation.

Scientists tell us not to worry about ebola in Africa, yet many Americans are panicking. Many technologists warn that the FCC's Net neutrality ruling could be detrimental to our lives, yet -- aside from one comic's directive that briefly overwhelmed the FCC website -- Americans are largely blasé. We seem to have a tendency to blow the benign out of proportion while viewing catastrophic forecasts skeptically, even when it's in our best interest to heed the warnings.

So let me be clear: It's not just large technology companies that will suffer from the proposed "fast-lane" Internet, but every single person using the Internet -- for work or leisure, on a computer or a mobile device.

With a fast-lane option, Internet service providers (ISPs) are incentivized to throttle Internet speeds and then demand more fees for uninterrupted access. Fast lanes create opportunities for manipulation that will serve only those with the deepest pockets. It is a policy that is intentionally worded for ultimate confusion.

A decade ago, ISPs were allowed to self-regulate in terms of pricing and service levels. While access to hard data and statistics is limited, by most accounts they have fully recouped the initial infrastructure investment of laying broadband fiber. A modest estimate of maintenance and upkeep would account for about one month of a yearly billing cycle, leaving 11 months of pure profit. We also lack any statistical data to predict the effects of a fast lane, so we're relegated to seeing who can make the better argument with anecdotal evidence.

[Why IT should beware of cloud companies bearing self-service plans: Quality support matters.]

ISPs are making their case against Net neutrality by throwing money into lobbying efforts. The public has to make its counterargument by standing up to them and protecting the open, equal Internet as it is today. 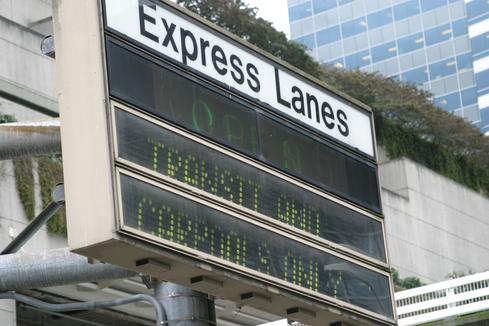 The Internet has evolved in a way that has resulted in an unprecedented ability to innovate and create, and to access, store, and share information. It is a big part of how modern society functions. The free market, meanwhile, works because it rewards those that deliver a premium product or service. An Internet fast lane would disturb the seamless delivery of Internet services, hampering businesses of all sizes by limiting access to data, storage, and customers. If a company has to pay more to provide services, its customers will inevitably pay more for its services, resulting in less operating capital for staff, resources, growth, and other investments. Worse, the proposed fast-lane rules would place companies that can afford to pay more for access, regardless of the quality of their products or services, in a leading position -- perhaps even eliminating competitors that cannot afford the fast-lane service.

One of the areas most affected will be the cloud and those who rely on it. The cloud promises anytime, anywhere connectivity; people are free to work wherever they may be. Maybe you currently enjoy the option of telecommuting instead of making a commute to the office each day. A tiered Internet could wreak havoc on such mobility -- someone must pay for each worker's necessary high-speed connection. Does the employee pay for fast-lane access to communicate with the office, or does that fall upon the employer? How much will we invest sorting out this aspect alone?

At a time when broadband globally is the least expensive it has ever been, consumers in the United States already pay more for less. The United States ranks No. 26 worldwide in broadband speed; Americans pay disproportionately given that position. Many countries ahead of the United States in this ranking pay less for faster access and are fortifying their positions by continuing to provide access to the open Internet. Europe, for example, has enacted strict rules to ensure the Internet continues to be open and available to everyone.

In the US market, bottlenecks are already present, because there is no incentive to open currently unused dark fiber. Some of those opposed to Net neutrality claim that ISPs are dispensing slower delivery because they cannot handle the load, or that if the ISPs must treat everyone's data equally, that they will be unable to innovate and improve the customer experience. As an Internet-based business owner who consistently reinvests in my own company -- its abilities to evolve and deliver on client needs -- I find this argument laughable.

Since the 1990s, the progression of the Internet has tended toward faster speeds at lower cost. The result has been a world where anyone with an idea and an Internet connection can be in business. Entrepreneurs need a spot at the table. Without an open Internet, we may not see another big, life-changing, Internet-based American innovation like Amazon, Facebook, or Google. A tiered system obliterates these opportunities, limits our possibilities, and raises the cost of business for everybody. Simply put, it prioritizes Internet service providers' profits today ahead of the innovations of tomorrow that will fuel the next round of growth in the interconnected economy.

With a tiered Internet, the sky may actually be falling.

Christopher Stark is the president and CEO of Cetrom Information Technology Inc., an industry-leading provider of custom cloud solutions. With more than 25 years of experience in all facets of the IT industry, and holding some of the industry's most prestigious technical ... View Full Bio
We welcome your comments on this topic on our social media channels, or [contact us directly] with questions about the site.
Comment  |
Email This  |
Print  |
RSS
More Insights
Webcasts
SecDevOps: Tying Security to Your Application Development Processes
Profile of an Online Attack
More Webcasts
White Papers
Winning at Cyberrisk Management
Human Layer Security for Dummies
More White Papers
Reports
The Drive for Shift-Left Performance Testing
The AI and Human Element Security Sentiment Study
More Reports

Thank you for taking the time to read my article and respond. The Internet was built to connect people, whether for business or pleasure. As technologies advance, this purpose continues to evolve. The capability to handle the data load, now and into the future, is available, but it is not being utilized. The fiber has already been laid and it can handle our current lives with room to spare for innovation. That is why I believe that content, whether it originates from the largest of corporations or an entrepreneur running a business out of a garage, should be treated fairly and equally. We should not be placing limitations on the Internet and our nation's ability to innovate and conduct business.
Reply  |  Post Message  |  Messages List  |  Start a Board

First, I'm not strongly on either side of this argument. But a couple of things make me doubt your position:

1)  Cloud services are better than on premise. You imply just because companies like yours want to exist, the internet has to support you the way private LAN/WAN supports on premise software. It would be awesome if internet ran every app at 10 gigabit speed from end to end, but is that feasible?

2)  Video and things like NetFlix. I'm sure you have seen the articles that have said NetFlix can use 30% of all internet traffic when measured. Is that really why we built the internet, so we can route TV traffic that used to go over dedicated wires thru the same channel that I'm trying to VPN from home to work on? Or buy a ticket from StubHub?

Just how much backbone do you want these ISP's to build for things like NetFlix? Do you think I don't end up paying for that anyway? Somehow these new bandwidth hogs like NetFlix, and to a lesser extent cloud services, need to pay for this build out, not me when I just want to VPN to work. This Net Neutrality argument doesn't seem to solve that at all? And I mean either side of the argument.

Suppose I create a way to send holographic video to users and they love it. It gets insanely popular. But my feed takes 20 times the bandwidth needed for HD TV. So now the entire internet backbone is saturated, every application slows to a crawl. Are the ISPs supposed to throw more infrastucture out there to handle it and let everyone else pay for it? That just doesn't make any sense to me.

Would NetFlix exist if they had to run connections to end user's houses like Time Warner, Comcast, etc? Heck even over the air broadcasters had to build towers and buy spectrum. Netflix gets a free ride, as near as I can tell. Is that what internet was designed for?
Reply  |  Post Message  |  Messages List  |  Start a Board
Editors' Choice
Hot Topics