Nokia: No Plans To Return To Phone Manufacturing - InformationWeek

Despite rumors to the contrary, Nokia has no official plans to re-enter the mobile phone manufacturing market, the company officially stated.

Mobile phone manufacturer Nokia officially debunked rumors that it is planning a return to manufacture or sell consumer handsets by issuing an official statement on the company's website on Sunday, April 26.

The response followed a serious of rumors that Nokia, a once ubiquitous presence in the mobile phone market, was plotting a return to the market -- which is forbidden until 2016 as part of Microsoft's acquisition deal.

"Nokia notes recent news reports claiming the company communicated an intention to manufacture consumer handsets out of a R&D facility in China. These reports are false, and include comments incorrectly attributed to a Nokia Networks executive," the statement reads. "Nokia reiterates it currently has no plans to manufacture or sell consumer handsets."

While the company flatly denied it was currently planning any manufacturing, Nokia is still putting out Nokia-branded devices into the market, most notably with the launch of a brand-licensed tablet computer in China, which runs on Google's Android platform. 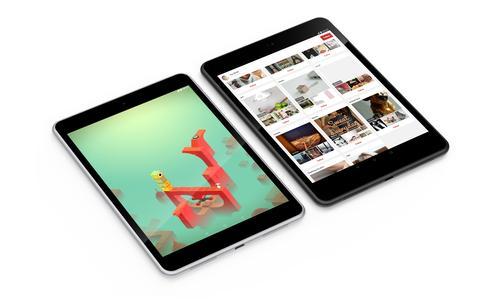 The story of Nokia returning to phone manufacturing started with a report from Re/Code that claimed the company would return to the market in 2016 thanks to its Nokia Technologies division. This part of the company had been responsible for the N1 tablet released in 2014.

Microsoft announced plans to acquire the Finnish company in September 2013, when the software giant absorbed substantially all of Nokia’s devices and services business, including the mobile phones and smart devices business units, the company's design team, operations including all Nokia devices and services-related production facilities, and all the related sales and marketing activities and support functions.

The $7 billion deal, which closed about a year ago, has not been a resounding success. Microsoft languishes in third place, behind Google Android smartphones and the Apple iPhone, with just 3.4% marketshare, according to a report released earlier this month by IT analytics firm comScore.

Android ranked as the top smartphone platform in February 2015 with 52.8% marketshare, up 0.2% from November, followed by Apple with 41.7%, and then Microsoft, which saw just a 0.1% uptick in users.

In an interview with PCWorld, Ben Wood, chief of research at CCS Insight, warned that Microsoft needs to step up its game and capture at least 10% of marketshare to be seen as viable -- a lack of apps has been a critical issue for user adoption.

"In our forecasts we don't see anywhere near that level in the next three years, which underlines the scale of the challenge Microsoft faces," Wood explained.

One possible inroad Microsoft could follow involves mobile payment -- according to a survey by 451 Research, 5% of Windows Phone users looking to employ mobile payments within the next 90 days.

[Read about the latest Windows 10 for Phones update.]

A lot is riding on Microsoft's release of Windows 10 this summer. The company has been coy with details, but said the update would offer a slate of universal apps, including Office, and connectivity with the Xbox video game console.

Nathan Eddy is a freelance writer for InformationWeek. He has written for Popular Mechanics, Sales & Marketing Management Magazine, FierceMarkets, and CRN, among others. In 2012 he made his first documentary film, The Absent Column. He currently lives in Berlin. View Full Bio
We welcome your comments on this topic on our social media channels, or [contact us directly] with questions about the site.
Comment  |
Email This  |
Print  |
RSS
More Insights
Webcasts
Using MS Teams as Your Phone System - FREE Event 4/14
SASE: The Right Framework for Today's Distributed Enterprises
More Webcasts
White Papers
2020 SANS Enterprise Cloud Incident Response Survey
The Top 5 Mistakes Everyone is Making in Vulnerability Remediation
More White Papers
Reports
2021 Application Security Statistics Report Vol.1
The Malware Threat Landscape
More Reports

Does Identity Hinder Hybrid-Cloud and Multi-Cloud Adoption? Joao-Pierre S. Ruth, Senior Writer,  4/1/2021
White Papers
2020 SANS Enterprise Cloud Incident Response Survey
The Top 5 Mistakes Everyone is Making in Vulnerability Remediation
Cloud Threats Are Different, Your Security Should Be Too
Take Control of Security Operations with Consolidation and XDR
What is Pure Signal RECON?