Samsung shipped 40% fewer GS5 smartphones than it expected to, leaving them piled up in warehouses.

Samsung is taking a long, hard look in the mirror, but it hasn't yet decided whether it likes what it sees. The company is sitting on stockpiles of unsold smartphones and is seriously thinking about ousting the executive in charge. Stiff competition from every angle bit deep into sales of Samsung smartphones this year, and the company believes change may be in order.

This year hasn't been Samsung's strongest. The company released the Galaxy S5 smartphone -- its flagship device -- in April. Samsung moved 12 million GS5 units during the first three months of availability, a huge drop from the 16 million GS4 units shipped in mid-2013. Further, bullish predictions of GS5 sales led Samsung to manufacture 20% more units than it did of the GS4, according to sources cited by The Wall Street Journal. In total, Samsung has shipped 40% fewer GS5s compared to GS4s.

Samsung no longer spells out sales of its handsets, but one thing is for sure: There haven't been any self-congratulatory press releases bragging about sales of the Galaxy S5.

Not only are people buying fewer flagship smartphones from Samsung, they are buying fewer entry-level and midrange handsets, as well. Samsung lost its No.1 position in the Chinese market to local companies such as Meizu, Huawei, ZTE, Xiaomi, and Lenovo. Chinese competitors have been able to undercut Samsung on price, while still offering quality products. Most, if not all, of these phone makers use Google's Android operating system. 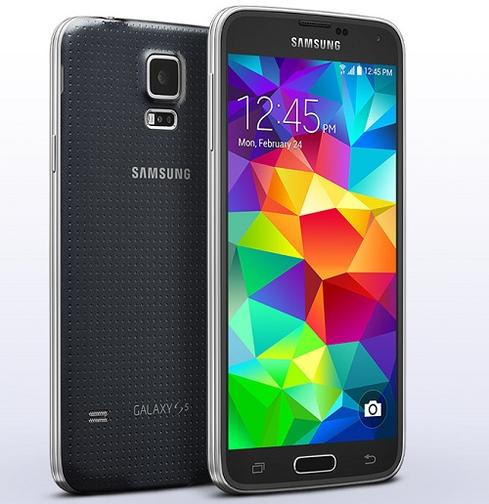 Further, Samsung has wasted resources on its own operating system, called Tizen, which is not going anywhere. The company has delayed releasing Tizen-based handsets by a full year, with network operator partners backing out due to a lagging ecosystem.

The result? A 60% drop in profits during the third quarter. Samsung's mobile division is responsible for the lion's share of the company's profits, so its weak performance put screws to the entire company -- including the co-CEO in charge of mobile devices.

Samsung uses a unique management configuration and employs three co-CEOs. J.K. Shin is CEO of the mobile device business and has been for years. B.K. Yoon oversees the company's appliance and TV businesses. Kwon Oh-hyun is in charge of Samsung's semiconductor and display businesses. The WSJ's sources suggest that Shin's responsibilities may be handed to Yoon in one potential scenario. This would let the company reduce the number of CEOs to two, as well as provide some fresh perspective at the top of the mobile device business. With compensation totaling $10.9 million so far in 2014, Shin out-earns the other two CEOs combined. It's not clear if Shin will be given new responsibilities or cut from the company altogether.

Samsung conducts a review of its leadership each year. It did not comment on the WSJ's story.

Publicly, Samsung has said it will reduce the number of smartphones it makes each year by up to 30%. This year, it released some 54 handsets. Dropping that number to 40 will help slash expenses, and will also help it produce better devices in the long run. (Something to consider: Apple made two smartphones this year.) Samsung said it will renew its focus on entry-level and midrange devices to win back share in emerging markets.

Employers see a talent shortage. Job hunters see a broken hiring process. In the rush to complete projects, the industry risks rushing to an IT talent failure. Get the Talent Shortage Debate issue of InformationWeek today.

Eric is a freelance writer for InformationWeek specializing in mobile technologies. View Full Bio
We welcome your comments on this topic on our social media channels, or [contact us directly] with questions about the site.
Comment  |
Email This  |
Print  |
RSS
More Insights
Webcasts
How Elite Analyst Teams are Transforming Security with Cyber Reconnaissance
ROI and Beyond for the Cloud
More Webcasts
White Papers
Two-Factor Evaluation Guide
The State of Threat Detection and Response
More White Papers
Reports
2020: Threats in Review
DNS Network Traffic Volumes During the 2020 Pandemic
More Reports

"The company is sitting on stockpiles of unsold smartphones"

I believe that is happening as a result of two things:First, because Samsung as you mentioned is not soclosely connected with the android platform (a huge mistake especially now). Second and the most important you can't compete Apple by having almost the same price (as Apple is fashion ).

Migrating from one phone to another would also cost a user indirectly. For example, apps need to be reinstalled through Google sync, data and important SMS would need to be transferred and getting used to the new phone would take some time. These are all costs that would add to the phone's price and carrier costs that the consumer would be putting into their equation.
Reply  |  Post Message  |  Messages List  |  Start a Board

Good point about the life cycle of a smart phone. I also think that a year would be too short to consider it as a life cycle for a smart phone. The only scenario under which I would imagine that a consumer is operating in a yearly cycle is if a generational upgrade takes place -- the GS5 was not a generational upgrade to the GS4, it was just a marginal upgrade.
Reply  |  Post Message  |  Messages List  |  Start a Board

Having 40+ phones does not make a lot of sense the choices for consumers would be very difficult at best . When the process to actually change carriers and acquire phone is factored in it is even more complicated . I recently tried to upgrade to another carrier the process was so complicated and convoluted I gave up. If Samsung wants to sell more phones they need to make the process to acquire them easier and work with the carriers to do so .
Reply  |  Post Message  |  Messages List  |  Start a Board

Apple changed the connection cable once in their history.
Reply  |  Post Message  |  Messages List  |  Start a Board

I think it's still a bit of a strange thing to keep expecting large shipments of phones considering the buying cycle.  The average smartphone user probably has at least a 2 year contract (in some cases, especially here in Canada some still have 3 years) which means it's impossible to think everyone will be getting a new device on a yearly basis.  This is especially the case when the phones themselves still don't age as much as we saw during the first few years of Android adoption.  Would I love to upgrade my Android device, sure! But does that mean that i am going to buy out a contract and procure a new phone? Definitely not.  So I don't understand why they imagine the market is going to change so much that we will see a large adoption of new model devices despite the quick lifecycle of current devices.  Sales can't keep up a trend of huge sales now that there are more devices to choose from and we are seeing longer use terms due to the overall cost of them.
Reply  |  Post Message  |  Messages List  |  Start a Board

Most of Android users here are Galaxy users, beginning back with the II. Nobody is really disillusioned with that phone, when it breaks/wears out they get whatever model is out then. We have several S5 users, they seem very happy with it.

It is somewhat irritating they keep tweaking size just enough you can't use same case as last model. What a racket that is. Not that Apple any better, they just mess with connectors.
Reply  |  Post Message  |  Messages List  |  Start a Board
Editors' Choice
Hot Topics