US Internet Speeds Improve, Still Lag Behind Other Countries - InformationWeek

Internet speed in the US has accelerated, and is poised to continue to do so, reports a new study by Speedtest.

12 Types Of Data IT Can't Afford To Overlook
(Click image for larger view and slideshow.)

Internet speeds in the US have gotten faster in the first six months of 2016, but not quick enough to surpass speeds in other nations, according to a new report from Speedtest.

Internet speeds in the US have accelerated during the first half of 2016, according to the company's data. The information came from Speedtest, which has hundreds of millions of users and hosts more than 8 million tests each day on both broadband and mobile.

"Overall, the fixed broadband industry has seen consolidation, speed upgrades and, thankfully, growth in fiber optic deployments from upstarts like Google Fiber to industry titans like Xfinity and AT&T to other regional internet service providers," according to the Aug. 3 report.

According to the study, the 50 Mbps mark is more than enough for typical activity like web browsing and video streaming. However, 50 Mbps is only a small fraction of the speed that gigabit fiber optic internet offers.

The growth in fiber-to-the-home (FTTH) connectivity continued to grow throughout the US in 2015. Google Fiber began to offer service in Kansas City in September 2012. Service locations have expanded since then.

Despite the overall acceleration for average consumers, not all internet customers in the US have experienced the speed boost.

Speedtest cited a recent Broadband Progress Report from the US Federal Communications Commission, which discovered 10% of Americans do not have access to 25 Mbps download and 3 Mbps upload. This percentage grows to 39% for rural populations. 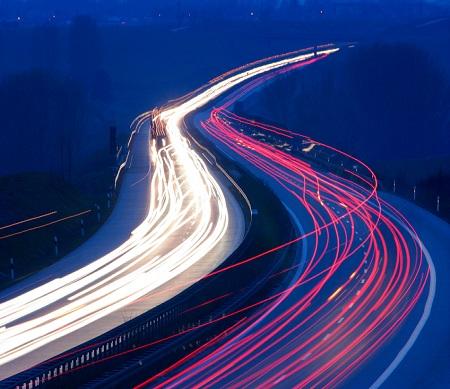 The report noted that internet speeds vary depending on users' location in the US. Only 4% of Americans in urban areas lack access to these speeds, which the FCC considers "target speeds," and the largest concentration of the US population lives in urban areas.

Mobile customers have seen improvement as speed has increased more than 30% since last year. The average download speed reached 19.27 Mbps in the first six months of 2016.

Speeds accelerated as major mobile carriers Verizon, T-Mobile, AT&T, and Sprint competed to attract new customers with faster download speeds and lower prices. T-Mobile is the fastest mobile carrier in the US, the report stated.

However, skeptics can note current speeds in the US are still slower than those in other countries. The US ranks 20th in fixed broadband and 42nd in mobile internet performance, around the world, as noted by GeekWire.

Kelly Sheridan is the Staff Editor at Dark Reading, where she focuses on cybersecurity news and analysis. She is a business technology journalist who previously reported for InformationWeek, where she covered Microsoft, and Insurance & Technology, where she covered financial ... View Full Bio
We welcome your comments on this topic on our social media channels, or [contact us directly] with questions about the site.
Comment  |
Email This  |
Print  |
RSS
More Insights
Webcasts
Unifying Your Endpoint Security Strategy
Leveraging Infrastructure as Code to Streamline Security & Operations
More Webcasts
White Papers
Preparing an Endpoint Security Strategy to Address Ransomware
Forrester Total Economic Impact Study: Team Cymru Pure Signal Recon
More White Papers
Reports
Future Proofing Your Network for 5G
A Practical Guide to Enabling 5G Deployments
More Reports