The White House on Tuesday issued new rules that limit how intelligence agencies can collect data and how long that data can be retained.

The rules, released through the Office of the Director of National Intelligence in response to a January 17, 2014, Presidential Directive to limit bulk data collection, include a requirement that intelligence agencies must delete information collected about non-US persons after five years unless relevant to national security. Data related to US persons was already subject to this requirement.

The rules also add oversight, training, and compliance requirements to ensure that intelligence officers understand their responsibilities. In this, intelligence agencies face requirements similar to industry regulations that affect corporations and other organizations inside and outside the government. 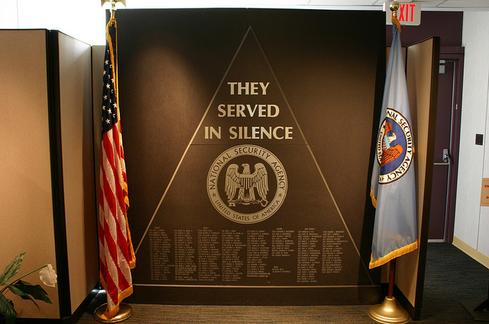 The way bulk telephony data can be collected through Section 215 of the Patriot Act has been modified. Previously, demands for documents based on national security concerns could be approved by authorized NSA officials. Going forward, Foreign Intelligence Surveillance Court (FISC) approval is also required, except in "emergency circumstances."

In addition, intelligence agencies have had their chain of potential Patriot Act queries shortened from three to two. Previously, an agency such as the NSA could identify a suspect's metadata, follow that to a second set of contacts, and then follow those contacts to a third set of contacts. Henceforth, agencies can only follow two hops: Data associated with the target and data associated with the target's contacts.

Section 702 of the Foreign Intelligence Surveillance Act (FISA) faces new limitations, including amended minimization procedures when foreign intelligence is sought through surveillance of a US person. The Department of Justice and the Director of National Intelligence will henceforth review decisions to retain data for national security purposes that would otherwise be deleted if non-pertinent. In addition, the rules dictate that intelligence gathered through Section 702 will not be used against US persons in court, except "for national security purposes or in prosecuting the most serious crimes."

Also, gag orders imposed by National Security Letters -- through which the FBI can secretly demand data from companies about individuals -- will be lifted after three years or at the conclusion of an investigation, whichever is sooner, unless the FBI can show cause to maintain the order.

Canarywatch.org aggregates "warrant canaries," published statements by companies such as Pinterest, Reddit, and SpiderOak that they have not received a National Security Letter. The companies posting these statements do so to speak through the absence of their words – they intend to delete their statements if they ever receive a National Security Letter, thereby conveying to their customers what the law will not allow them to say outright.

Though it may be illegal to disclose receipt of a National Security Letter, advocates of warrant canaries argue that that government cannot compel companies or individuals to make false statements – which a denial of receipt would become following the delivery of such a letter.

Thomas Claburn has been writing about business and technology since 1996, for publications such as New Architect, PC Computing, InformationWeek, Salon, Wired, and Ziff Davis Smart Business. Before that, he worked in film and television, having earned a not particularly useful ... View Full Bio
We welcome your comments on this topic on our social media channels, or [contact us directly] with questions about the site.
Comment  |
Email This  |
Print  |
RSS
More Insights
Webcasts
Fintech at SaaS speed: Navigating the scale & security challenge
Bolstering Your Enterprise Cyber Risk Assessment
More Webcasts
White Papers
The State of Zero Trust Security Strategies
VPN Risk Report
More White Papers
Reports
Why You're Wrong About Operationalizing AI
The State of Endpoint Security
More Reports

The US rules have enough leeway that they'll bring only modest change. I expect it will be largely business-as-usual at the intelligence agencies.
Reply  |  Post Message  |  Messages List  |  Start a Board
InformationWeek Is Getting an Upgrade!