50%
Tweet
Nokia is expected to debut an Android smartphone later this month to target emerging markets.

Nokia is ready to introduce its first smartphone based on Google's Android platform, according to a report published by The Wall Street Journal. At first blush, this seems like an unlikely move for a company about to be acquired by Microsoft, maker of the Windows Phone platform. Surely there's a method behind Nokia's madness.

Further, Nokia plans to fork Android. Instead of using the ASOP version of Android with Google Play Services on board, the new Nokia smartphone will run a heavily modified version of Android (similar to how Amazon has changed Android for its Kindle tablets). Google's apps and services will be replaced by Nokia-made apps, including an app store, email, HERE Maps, MixRadio, and more. This is significant and tells us exactly why Nokia is adopting the number-one smartphone platform in the world.

Nokia considers Asha a "smart device" platform, but that's a stretch. Asha was born from the ashes of Nokia's Series 40 platform, which is based in Java. While Nokia has dramatically improved the underlying code and given Asha near-smartphone strength, it still falls short of what Android is capable of. Asha is being eaten alive in key mass-volume markets such as India, China, and other Asia-Pacific countries. First-time smartphone buyers find the entry-level devices being churned out by firms like Coolpad, Huawei, LG, Samsung, and ZTE too good to pass up.

For that reason, it makes sense for Nokia (and Microsoft) to adopt Android -- at least for high-volume devices. 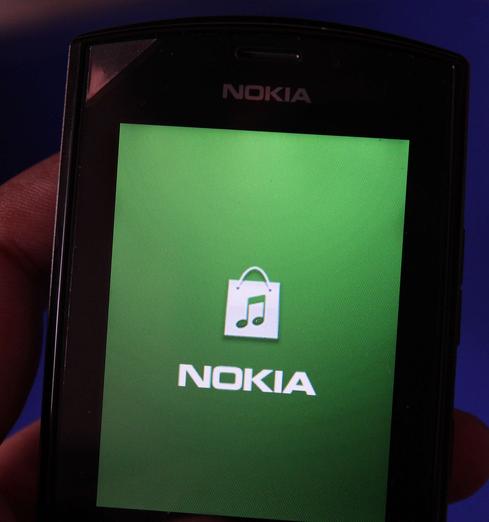 Nokia used to be the world leader in both smartphones and feature phones. Not anymore. Competing firms from Asia have completely eroded Nokia's market share around the world. Nokia needs to regain some of that lost volume, and the only way it can do that is by offering phones that users in emerging markets want to buy. Right now, that means Android. Nokia would do well to junk Asha (the OS, not necessarily the brand) entirely. If Nokia and Microsoft can successfully transform their Asha-branded hardware to stand for Android, it may win back sales.

Tech Marketing 360 is the only event dedicated to technology marketers. Discover the most current and cutting-edge innovations and strategies to drive tech marketing success. Hear from and engage with companies like Mashable, Dun & Bradstreet, ExactTarget, IDC, Microsoft, LinkedIn, Oracle, Leo Burnett, Young & Rubicam, Juniper Networks, and more -- all in an intimate, upscale setting. Register for Tech Marketing 360 today. It happens February 18-20, 2014, in Dana Point, Calif.

Android app compatibility across forked versions tends to be fairly straightforward unless you're making heavy use of Google services. You just replace routines that call things like in-app payments with the Nokia equivalent and you're good to go. It's not trivial but it's not onerous either. At least that's been my experience making my Android game work on Amazon's Kindle.
Reply  |  Post Message  |  Messages List  |  Start a Board

Eric, what does this forking mean for apps? If a robust selection of apps is important, will this be a drag on sales, even in low-end markets where buyers could get a Samsung device and be able to access mainstream Android apps?
Reply  |  Post Message  |  Messages List  |  Start a Board
Editors' Choice
Hot Topics