Our expensive campus WLAN upgrade didn't account for the growing number of wireless devices per student. Here's what we learned from our mistakes and how we turned them into teaching opportunities.

I help design and operate the wireless network at Bucknell University. Just a few short years ago, we finished an extensive (and extremely expensive) 802.11n deployment, which put us ahead of the wireless game compared to our peer institutions.

We had a pervasive wireless network all over campus. This meant that you could get a wireless signal in about 80% of the offices, classrooms, and residence halls on campus.

We used the standard (at the time) deployment model of placing access points (APs) in hallways to cover as many rooms as possible per AP, and then we patted ourselves on the back for having ubiquitous wireless coverage on campus.

We even thought we had "too much" wireless coverage, because clients would rapidly roam back and forth between a handful of APs. We could log into the controller and watch clients bounce from AP to AP. We would shrug our shoulders and confidently declare, "Yep, too much wireless. Sorry, user. Try turning down your roaming aggressiveness. Oh, you have a Mac? Then there's nothing that we can do for you."

I cringe that this is how we handled some wireless issues, but at the time we honestly believed our design was right, because it was based on collected and reproducible data.

Our pride would come back to bite us. Shortly after the deployment was complete, we realized coverage is only part of the equation. The number of wireless devices per student jumped from one in 2010 to three in 2012. It's now more than four.

As wireless devices proliferated, we found the AP model we had selected became saturated with approximately 20 clients associated with the AP. Our design never accounted for device density, because we never thought users would have four or more devices connected to the network at once.

See, most of the buildings on our campus are extremely old and are made of concrete block or poured concrete, neither of which are RF friendly. Placing APs in the hallway did little to provide a usable signal inside rooms built like bomb shelters. It was so bad in one building that people in rooms directly adjacent to the APs couldn't get a usable connection, even when they opened their doors. 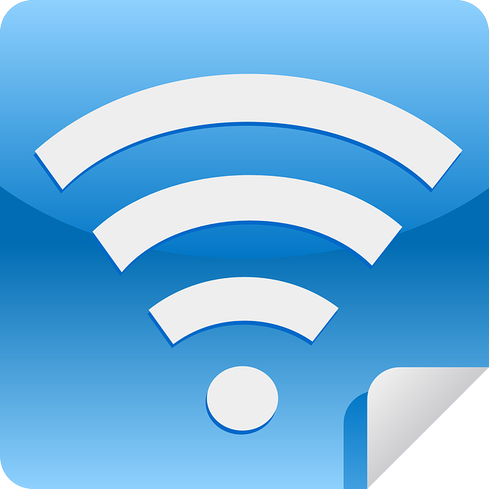 So what did we do to fill the gaps? You guessed it. We put more APs in the hallways. It didn't do much to help the situation, and it wasted time and money.

So we learned our lesson and started doing site surveys. Whenever we got a complaint about poor -- or no -- wireless signals, we took our surveying tools and investigated.

However, we ran into another problem: We'd dispatch to the problem area, usually in a residence hall, and do our survey and find that there was absolutely nothing wrong with the signal. The users would connect without issue and apologize for the inconvenience -- until it happened again, usually around 6:00 p.m. And then it would be fine in the morning until about 6:00 p.m. See the pattern? We learned that doing a site survey in a residence hall when most residents are in class usually will provide false results as to the true wireless environment.

Matt Williams is the Assistant Director of Networking at Bucknell University, a private liberal arts university located in Lewisburg, Pa. He spent six years in the US Army, four years in South Korea, as an IT Specialist before joining Bucknell University in ... View Full Bio
We welcome your comments on this topic on our social media channels, or [contact us directly] with questions about the site.

I am curious if you are using any traffic prioritization technologies to better manage the numerous devices.
Reply  |  Post Message  |  Messages List  |  Start a Board

The WLAN upgrade didn't account for the growing number of wireless devices per person. If you think about it most of us have 3-4 wireless devices. There are phones, tablets, laptops, gaming consoles, wireless printers, AppleTVs, ChromeCasts. Coming to think of it some places have "too much" wireless coverage, because clients would rapidly roam back and forth between a handful of APs. We could log into the controller and watch clients bounce from AP to AP. The use of wireless devices and wireless network should be controlled and regulated at some point.
Reply  |  Post Message  |  Messages List  |  Start a Board

You have gadgets and still you will crave for more. In future, there are going to be more devices that will like to tap into WiFi and get online.
Reply  |  Post Message  |  Messages List  |  Start a Board

I wish I knew what they did with all that stuff.  Though, if you think about it most of us have 3-4 wireless devices.  There are phones, tablets, laptops, gaming consoles, wireless printers, AppleTVs, ChromeCasts.  The list goes on and on.  This appears to be the norm from my discussions with folks at other universities.
Reply  |  Post Message  |  Messages List  |  Start a Board

Wow, 4 devices per student? What do they do with all that stuff? Have you found that's typical at other schools too?
Reply  |  Post Message  |  Messages List  |  Start a Board
Editors' Choice
Hot Topics