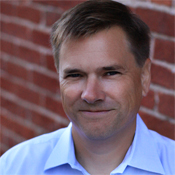 Our survey shows we're moving at a breakneck pace toward pervasive mobility. Here's how to stay safe.

But IT isn't running the show, and RIM isn't the only game in town for secure mobility. The data-protection mechanisms that are part of Apple's iOS, for example, support hardware-level cryptographic keys and a cohesive sandboxed application security architecture. Although iOS may not be ready for military-grade FIPS operation, the 22% of survey respondents who think it's not manageable and secure aren't paying attention.

Android, on the other hand, is all over the place on manageability and security, and for the most part it isn't up to par with BlackBerry and iOS. The 43% of survey respondents who rate Android 2.3 and older versions as not ready for business are right on. The versions before Honeycomb (pre-3.X) have little to no built-in security.

Erich Stuntebeck, a researcher for MDM vendor AirWatch, says Droid vendors such as Motorola, HTC, Samsung, and LG are now forced to write security APIs for their versions of the OS since the "enterprise desired" functions aren't native. And to make matters worse, just because a device is running Honeycomb, which has security capabilities, doesn't mean the phone manufacturer has leveraged those capabilities for a given model.

The MDM vendors we spoke with say Google is beginning to take enterprise readiness more seriously as it develops new versions of Android. It's working to embed functionality such as encryption and support for Exchange within the core of the OS, in lieu of relying on multiple vendor-specific APIs. And in October, a company called 3LM announced standardized security extensions embedded within the native Android OS. CEO and co-founder Tom Moss says 3LM, owned by Motorola Mobility and including former Google execs, aims to catalyze enterprise adoption of Android by patching the main versions of the core OS from each of the major manufacturers. It will do this with a set of hooks that can be used by MDM systems to alter and influence about 60 security policy settings.

Interestingly, 3LM's software has been part of the main Android development efforts since June, but Google hasn't turned it on until recently. Several top-tier device and management vendors, including AirWatch, BoxTone, MobileIron, and Motorola, plan to support the standardized 3LM Android control hooks. We'll be interested in how enterprises leverage this standardization and whether major device manufacturers continue to write management APIs or instead rely on the libraries developed by 3LM--which is poised to be absorbed into Google via its Motorola Mobility acquisition.

Windows Phone, meantime, needs time to mature. It doesn't yet have the built-in OS facilities to be considered enterprise-ready--the current release lacks an encrypted file system, complex-password capabilities, and VPN connectivity. But Microsoft isn't standing still, and you can bet that upcoming releases, including Mango, will begin to address these shortcomings. 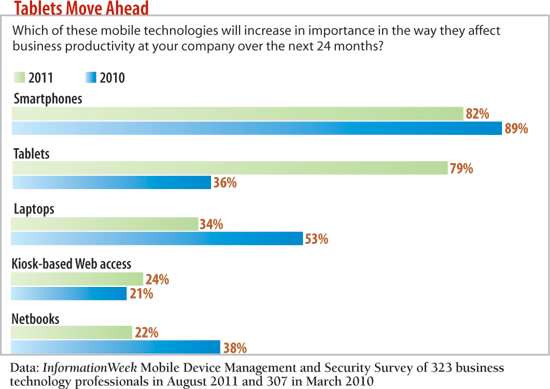 Comment  |
Email This  |
Print  |
RSS
More Insights
Webcasts
Key technology trends in 2021 - Making these technologies work for your business
Zero Trust for a Work-From Home World
More Webcasts
White Papers
Why Add Security to Your Skill Set and How to Do It
How Secure Are Your Endpoints?
More White Papers
Reports
Enabling Enterprise Resiliency Through Cyberthreat Detection
The Malware Threat Landscape
More Reports