Although smartphone sales have been on the decline recently, there is no shortage of options. Here are 10 hot models worth a look. 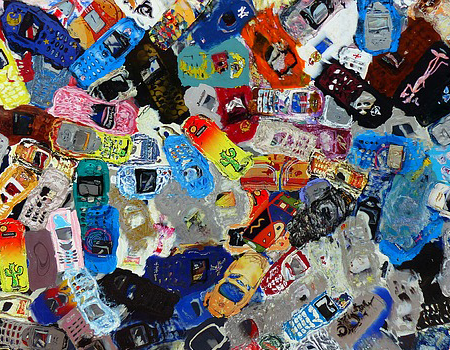 Choosing the best smartphone can be a difficult proposition. You may already have particular platform preference, which limits your options. Or perhaps you favor a particular service provider based on reception in your area.

Whatever you choose, there will be something more tempting soon enough. The smartphone product cycle ensures that.

At the moment, Apple and Google are worth watching, both for what they have planned and for their responses to what other hardware makers like Samsung and Lenovo have introduced already this year.

Apple's iPhone 7, due this fall, has people worried because reports suggest it won't have a analog headphone audio port. Instead, it is expected to include a Lightning port that can handle charging, data, and digital audio.

The reason this is worrisome is that digital audio can be subject to technological controls like DRM, unlike analog audio. It also likely means that third-party vendors will have to apply to Apple's MFi program, which involves rules and fees, to create hardware like headphones that work with the phone's proprietary Lightning port.

There may be benefits to iPhone 7 customers in the form of reduced phone size or more room for other components like the battery. But the cost appears to be reduced freedom to create peripherals that connect to the analog audio port, reduced peripheral choice, and increased peripheral cost, to offset MFi licensing fees. Apple reportedly reduced those fees in 2014, but those fees still figure into hardware makers margins and prices.

The iPhone 7 also concerns investors because in April Apple reported a decline in revenue and iPhone sales, after years of uninterrupted growth. IDC's explanation for this was that the changes from the iPhone 6 to the 6S were insufficient to drive upgrades. At least that's part of the story.

In any event, there's pressure on Apple to add new features that really make the iPhone 7 desirable and unique. Unfortunately for Apple, one of the most obvious possible features, water resistance, is already available in Samsung's Galaxy S7 and S7 Edge. Apple, which sued Samsung years ago for copying the iPhone, now appears to be copying Samsung. While there's lots of idea borrowing among tech companies, that's not the sort of market perception Apple wants.

Google meanwhile has promised to deliver developer versions of its Project Ara modular phone this fall, with general availability planned for next year. Project Ara has been scaled back a bit -- the CPU, display, and RAM won't be removable -- but it still has potential to change the dynamics of the smartphone market.

Other handset makers like LG are already experimenting with limited modularity. If Project Ara succeeds, smartphones may become a bit more open and more conducive to third-party participation from peripheral makers.

But Google has to demonstrate that Project Ara phones won't just be bigger and more expensive than smartphone designs that don't contemplate expansion or modification.

While we wait, here are nine great smartphones you can pick up today, and one to look forward to in a few months. Take a look and let us know what you think in the comments below. Would you consider these models? Did we miss your favorite smartphone?

You made me laugh with "those soul stealing doors." :D

Yes, I am very happy with all my devices. They deliver all what I need and like. They have never malfunctioned, they simply work. Even my current MacBook Pro now I would say is a bit old (like 4 years) has never had a problem of any kind. That, for me, is priceless. I also save lots of time and energy when I have to upgrade just getting the next new Apple X. By the end of this year I will upgrade my Mac as well.

So yes, while people try to figure out which new hot smartphone should they buy I just wait for the iPhone 7 Plus.

Sometimes that happens with the notifications. No worries.


@Susan    I hear you.  It is nice to have something you can just keep buying because you are happy with it as opposed to doing endless comparisons.   : )

No my present company does not have it's own BYOD program.  The environment I am in now is very informal so much so that when I first started a VP told me, "This company is not corporate and never will be..."


What a refreshing statement, considering I had just come from an environment totally opposite to that.  I must say I don't miss the "corporate jungle" and the only way I will ever enter those "soul stealing" doors again will be as a consultant.

P.S. Sorry it took so long to respond, I didn't get the usual email for some reason. :\

Yeah, the next Apple models or whatever always gets on everybody's list whether the "leaked" info is correct or not.

PCs out number any other OS in business to a tune of 90%. To re-state, a PC in your hand is very tempting particularly for business.  What security issues?  What everything else? Windows 10 Mobile is a full subset of Windows 10 and fits very well in the same "windows" business architecture previous versions didn't.

Now if you can tell me why the PC computing platform occupies 90% of the business space you might have your answer as to why it might be hot.   What makes consumers resistant to changing away from iOS or Android doesn't hold true for business.  There are now plenty of good reasons for a business to deploy Windows 10 smartphones, same reasons PC are deployed in their businesses.

Maybe you mean the iPhone 7 and 7 Plus to be realsed this fall? An iPhone 7S would come just after that.

It's not just the lack of applications what a Windows 10 phone lacks. It goes from security to everything else. Businesses are quite happy with iPhones and Android phones. I don't see any business changing to Windows phones. Microsoft's attempt into diving the mobile waters was a total fail.

What do you think would have made Windows 10 phones make the list of "hot smartphones"?

Thank you. :) I certainly will. I love my iPhone 6 Plus, and I love iOS. I don't even have to look at other options.

Does your company have a BYOD program?

So the Apple 7S and Lenovo Phab make this list but not a Microsoft's Windows 10 phone.  Yes, MS has done a totally awful job in mobile but in true MS fashion, fourth time is usually the charm for them. NuAns launched the Neo today, 7/1.  Expect more third parties to deliver Windows 10 phones that can be turned into a PC with external peripherals.  Sure there are still problems with a lack of competitive apps and the Windows store sucks compared to iTunes and Google Play but still a PC in your hand is going to be very tempting for business at least.
Reply  |  Post Message  |  Messages List  |  Start a Board

I see Fairphone 2 didn't make it to the list, Thomas. Maybe because the phone i only available in Europe for now?

Sould I say then that as a loyal Apple user my next phone will be the iPhone 7 Plus? :)


Thanks Thomas for this list of Smartphones.   I am coming up on the time to replace mine and as a loyal android user it looks like the Edge will be my next phone.