Apple smashed through last year's record-setting sales figure by 30% as consumers snapped up the iPhone 6s and 6s Plus in a buying frenzy.

Apple reported sales of more than 13 million iPhone 6s and iPhone 6s Plus smartphones over the weekend. The number significantly exceeds the 10 million iPhones Apple sold during 2014's opening weekend, and beats analyst estimates, too.

Apple began accepting pre-orders for the iPhone 6s and iPhone 6s Plus on Sept. 12. The company was quick to say that the numbers were "on pace" to match or beat the 10 million devices it sold last year. The company delivered big-time. 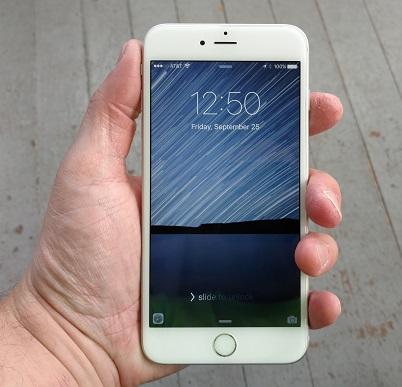 Last year, Apple wasn't able to get the iPhone into China until well after the international launch. This year the company made sure China was on the initial list of launch countries, a fact that surely played a large role in generating the huge weekend sales. In other words, Apple can celebrate its supply-and-demand prowess since it was able to ensure there were enough iPhones on hand for two of the world's largest economies.

"China remains the focal point of the global smartphone market in 2015," IDC reported last month. "As the largest market for smartphones -- China consumed 32.3% of all new smartphone shipments in 2014 -- its importance remains great even if its growth has begun to slow."

[Read some early reviews of the iPhone 6s.]

Apple does not intend to slow down the steamroller it calls the iPhone.

Just a day later, on Oct. 10, the iPhone will go on sale in Bahrain, Jordan, Kuwait, Qatar, Saudi Arabia, and the United Arab Emirates. Apple says it is on track to reach 130 countries by the end of the year.

To put Apple's opening weekend sales into perspective, LG sells about 12 or 13 million smartphones every quarter.

Only Samsung sells more handsets than Apple, its quarterly sales hovering around 80 million. Last year Apple sold 72 million iPhones during the holiday quarter. Whether or not the iPhone 6s and 6s Plus can beat that number we'll find out soon.