Will Apple's 5th-generation iPad be a bore or have innovations galore? We'd like to see five rumors come true. 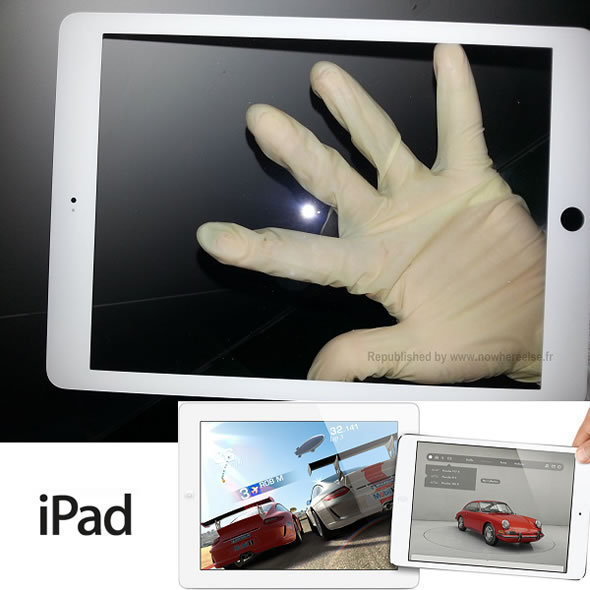 The 5th-generation iPad might have a trimmer look. Two weeks ago, French tech site Nowhereelse reported that one of its Chinese contacts had sent it photos of the new iPad's front panel (top photo). The image shows a slimmer slate with a narrower, iPad Mini-style side frame. The result, if the image is legit: A lighter, less bulky device that retains its predecessor's 9.7-inch display.

Earlier reports lend credence to Nowhereelse's furtive pics. In January, KGI Securities analyst Ming-Chi Kuo, a reliable source of Apple scuttlebutt, said the next-gen iPad would be slimmer than the 4th-gen model and would have a lighter, full-aluminum shell, according to the IB Times. Kuo's supply chain contacts also said the new iPad would be about 15% thinner and 25% lighter than its predecessor.

Is Apple Losing War Of Words?

Mac As A Tablet?