Android-powered smartphones have taken over the mobile landscape. These five stand above the rest.
10 Best Android Apps Of 2013
(click image for larger view)

Smartphone makers stepped up their game in 2013, and for good reason. With so many Android devices to choose, picking the best one has become more and more difficult. To that end, device manufacturers began to experiment with their devices this year to help set them apart from the crowd.

Phone makers stuck buttons on the backs of phones, pushed their screen sizes past six inches, made them water resistant, gave them incredible cameras, and much, much more. These are the five Android smartphones (listed alphabetically) that stand above the pack for being exceptional, each in its own way.

HTC One
The HTC One is one of the finest pieces of Android hardware ever crafted. The aluminum and polycarbonate design is elegant, classy, and beautiful to behold. It's also strong and durable. The One puts plastic smartphones to shame. Each phone is milled from a single block of aluminum. Beyond the stellar design, the One offers an incredible array of software that makes it a powerful device. The 1080p HD screen is among the best of the year. The Ultrapixel camera produces stunning results. Its Sense 5.5 user interface introduced a wide range of useful and helpful tools, such as BlinkFeed and Zoes.

LG Nexus 5
The Nexus 5 is a bit of an enigma. Nexus devices are highly coveted by tech geeks for their stock Android user interface and access to frequent system updates. That alone gives the Nexus 5 a leg up on the competition. The LG-sourced hardware, however, isn't the best on the market. The 1080p HD screen may be great, and the Snapdragon 800 quad-core processor is among the fastest available, but the plastic shell forming the outer skin of the Nexus 5 comes off as flimsy. Why include it in this list? Simply put, there is no better Android smartphone for the price. The Nexus 5 is available for the low price of $350 -- unlocked and without a contract. That's about half the cost of competing smartphones with similar specs. The Nexus 5 offers a lot for a little.

Motorola Moto X
Motorola attempted to do something novel with the Moto X: Consumers can design it themselves with an online tool called Moto Maker. This has never been done before. It's assembled in the US, to boot. The device is of middling quality when it comes to specs and hardware, considering the 720p HD screen and the resin construction. But the ability to choose from more than 2,000 color combinations lets people make the phone their own in a way no other phone can. Include custom engravings, personal messages, and even unique wallpapers, and the Moto X isn't just a smartphone, it's a personal statement. Beyond the nifty design tools, the Moto X went further with software customization than any other device this year. The Active Display provides ongoing alerts without draining the battery. The Touchless Control function lets users wake the Moto X from sleep and issue commands anytime. The Moto Assist tool will automatically change alert profiles when the user is driving, sleeping, or in meetings. It's a powerful smartphone, to say the least.

Samsung Galaxy Note 3
The Galaxy Note 3 is the pinnacle of Samsung's large pile of phones. It's Samsung's best effort by far. The Note line of devices brought phablets (i.e., large-screened phones) to the masses, and none is more accessible than the Note 3. Samsung managed to reduce the device's footprint while increasing the size of the screen to a whopping 5.7 inches. Samsung also made it thinner, lighter, and classier than ever, thanks to the faux leather back and tasteful chrome accents. As impressive as the hardware is, Samsung went all-out with the software. The Note 3's large screen lets it run two apps at the same time. The S Pen opens up an incredible array of input options. The productivity tools are among the best for a mobile device. Toss in the good camera and speedy performance, and you have a workhorse that still knows how to have a good time. 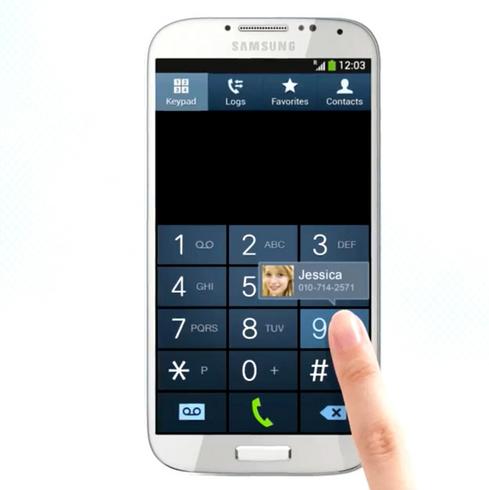 Samsung Galaxy S4
The GS4 is a category killer. Though the Note 3 is perhaps a finer device, it is too large for many people. The GS4 is the Goldilocks phone that has it all. It is thin, light, and powerful. It still includes a class-leading display. Samsung's design language for 2013 was defined by the GS4, which includes chrome-colored accents, attractive color options, and improved build quality over previous generations. It also pushed the boundaries with new features, such as automatically halting video playback when a user turns away from the screen, opening message previews when the user hovers a finger over the screen, and camera modes that let a user shoot with the front- and rear-facing cameras at the same time. When you add an aggressive marketing campaign and worldwide distribution points, you have a device for the ages.

These are my picks. What are your favorite Android smartphones for 2013?

We welcome your comments on this topic on our social media channels, or [contact us directly] with questions about the site.
Comment  |
Email This  |
Print  |
RSS
More Insights
Webcasts
Detecting and Preventing Insider Data Leaks
Optimizing App Performance in the Cloud
More Webcasts
White Papers
Why Add Security to Your Skill Set and How to Do It
MontanaPBS Shifts to Agile Broadcasting with Help from Raritan KVM Solutions
More White Papers
Reports
Are We Cyber-Resilient? The Key Question Every Organization Must Answer
The State of Cloud Computing - Fall 2020
More Reports

I have a HTC one and while I like it there are lots of compromises.  I liked having spare batteries and removable data for my old phone.  We're living in a society of "disposability."  No one takes the long term look at their devices anymore, because they know they'll be upgrading and replacing before they run into serious problems or inconveniences.
Reply  |  Post Message  |  Messages List  |  Start a Board

I've had a couple Samsung phones and they have been so much better in many ways than other Android phones I've carried.  I currently carry a Note II so I might be a bit biased but I've never had the crashing problems with it that I've had with other phones.  In general Samsung seems to get Android and doesn't go over the top to wreck a good thing.  The TouchWiz interface isn't my favorite thing ever but they do well in not stomping on Android's features in the process of skinning a launcher which I've run into multiple times with other Android devices.
Reply  |  Post Message  |  Messages List  |  Start a Board

I agree you aditshar, I guess below analysis from Wikipedia is enough to describe the Android story in short.

As of November 2013, Android's share of the global smartphone market, led by Samsung products, has reached 80%. The operating system's success has made it a target for patent litigation as part of the so-called "smartphone wars" between technology companies. As of May 2013, 48 billion apps have been installed from the Google Play store, and as of September 3, 2013, 1 billion Android devices have been activated.
Reply  |  Post Message  |  Messages List  |  Start a Board

The user interface of Android is based on direct manipulation, using touch inputs to manipulate on-screen objects. Internal hardware such as accelerometers, gyroscopes and proximity sensors are used by some applications to respond to additional user actions, for example adjusting the screen from portrait to landscape depending on how the device is oriented.
Reply  |  Post Message  |  Messages List  |  Start a Board

I have the Moto X. I didn't get it customized; I took a special offer whereby the device was free instead for the plain matte black model.

I'm happy with the phone. It doesn't have the greatest camera but you can use filters to cover up some imperfections. Otherwise, I'm good with it. It is snappy and does everything I need it to without feeling breakable like an iPhone often does.
Reply  |  Post Message  |  Messages List  |  Start a Board

A single milled aluminum body can be very pretty and it literally may stop a bullet, but it dooms the phone to the life time of the sealed battery. It cannot be opened for repair, or more importantly to change the "sealled" battery. Ifixit doesn't bother doing videos on it. Will not buy one ever again.
Reply  |  Post Message  |  Messages List  |  Start a Board

The Moto G will likely have the most lasting impact of any phone released this year. It is a solid phone for $179 off-contract, completely outpacing everything else in its price category. With Google putting the Moto X on sale for $350 off-contract, the Nexus 5 for $349 off-contract, and the Moto G for $179 off-contract, Google is putting serious price pressure on the market. But with the Moto G especially, they are dramatically redefining what a sub-$200 phone should be.
Reply  |  Post Message  |  Messages List  |  Start a Board

Why are there no new QWERTY keyboard phones coming out? Need a sequel to the MyTouch 4G Slide!
Reply  |  Post Message  |  Messages List  |  Start a Board
Editors' Choice
Hot Topics