Smartphones must do better in five key areas -- starting with battery life.

The smartphones of 2014 were an impressive lot. Phone makers introduced new technology at a rapid pace and added useful features throughout the year. But it's almost 2015 and time to ask for more in the coming year. Smartphones have never been more powerful, but they can always be better. Here are five key improvements we'd like to see.

1. Better battery life
Given how much we rely on smartphones to run our daily lives, every little bit of battery life helps. Unfortunately, improvements in battery life trail badly the overall technological leaps made by phone makers. While energy researchers toil away, it would behoove chip and screen makers to push power efficiency in their products over raw performance. (By the way, tablet makers, why don't we raise the bar here, too? I say 10-inch tablets need to deliver 12 -- not 10 -- hours of battery life.)

2. Paying for stuff
Apple Pay appears to have invigorated mobile payments since its October debut. iPhone users have adopted the technology quickly and raised the visibility of mobile payments for other consumers. Competing products Google Wallet and Softcard both reported surges in use after Apple Pay's debut. This is great news, but the industry needs to do better.

All three of these mobile payment services need to expand far beyond their current reach. Apple Pay, for example, is available at just 220,000 US retail locations, leaving millions unable to process mobile payments. Retailers and banks need to step up. It wouldn't hurt to make sure this feature is available to all (or at least most) postpaid smartphone accounts.

3. More resilience
Most phones break when dropped. Typically, the screen shatters on impact, resulting in a costly repair or replacement. Companies such as Corning are working on this. In fact, Corning recently showed off a new version of its Gorilla Glass product that is much less prone to breakage when dropped on concrete from waist height. I can't wait to see this technology reach phones. 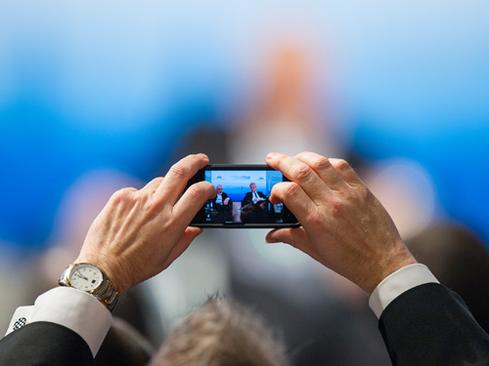 It would be nice if more phones were waterproof, too. Sony (Xperia Z3) and Samsung (Galaxy S5) figured out how to make their phones waterproof without adding bulk and without compromising the design. Apple, LG, HTC, and others need to add this feature pronto. Imagine a world in which your phone could survive a drop into a puddle on the street. That's the future, folks.

4. Better security
The latest versions of Google Android and Apple iOS offer built-in encryption. They also offer PINs, passwords, face locks, fingerprint locks, and remote lock and wipe tools. These are all great, but phone makers and operating system providers need to go further, especially for business users. More need to follow in the footsteps of Blackphone, which offers end-to-end security for core communications apps, such as email and messaging.

5. Affordability
Smartphones are too expensive. The full retail price of many smartphones is $650 or more. A maxed out iPhone 6 Plus goes for nearly $1,000. Some smartphone vendors have figured out how to make quality products at somewhat lower price points (see Motorola). Although phone makers need to pay attention to their margins, surely they can conjure up high-end phones that don't break the bank for consumers and businesses alike. With any luck, 2015 will see 2014's best features trickle down from costly flagships to more affordable phones.

Eric is a freelance writer for InformationWeek specializing in mobile technologies. View Full Bio
We welcome your comments on this topic on our social media channels, or [contact us directly] with questions about the site.
Comment  |
Email This  |
Print  |
RSS
More Insights
Webcasts
Making XDR Work in Your Enterprise - May 12
How the Rapid Shift to Remote Work Impacted IT Complexity and Post-Pandemic Security Priorities
More Webcasts
White Papers
Cisco Secure Email
Powering Digital Transformation
More White Papers
Reports
Are We Cyber-Resilient? The Key Question Every Organization Must Answer
The State of Cybersecurity Incident Response
More Reports
Copyright © 2021 UBM Electronics, A UBM company, All rights reserved. Privacy Policy | Terms of Service