We've seen some incredible flops in the smartphone market this year. Here are the most notorious stinkers.

Smartphones continue to evolve at a blistering pace. The rate at which new and useful ideas leap from the drawing board into our hands is astounding. We've seen some of the best-ever devices, ones with truly innovative features, reach the market this year. Sadly, there are far too many low points to balance out the highs. Tech turkeys are disturbingly commonplace, especially when you consider just how fierce the competition is among smartphone vendors.

This list of devices is composed of those that actually received carrier approval for sale to US customers. It's depressing to consider that someone, somewhere, thought consumers might fall for these stinkers.

BlackBerry's device business is in the toilet and has been for the better part of three years. The company swapped CEOs and strategies late last year, favoring its enterprise device management business over actual devices. Nowhere is that more evident than in the BlackBerry Passport, an odd duck of a smartphone that earned its name because it has the exact same dimensions as an actual passport. The square, 4.5-inch screen may be nice to look at, but the physical keys are crammed so tightly against the bottom edge that typing messages becomes a balancing act at best. AT&T said it would sell this device several months ago, but has yet to actually add it to store shelves. If you really want a BlackBerry (and you probably shouldn't), you'll probably be better served with the just-released BlackBerry Classic.

[What's next in mobile devices? See Wearables In 2015: 4 Predictions.]

The basic premise behind the Asus Padfone X had merit: Create a smartphone dock that transforms the smaller phone into a full-sized tablet for a fraction of the cost of buying a smartphone and tablet separately. Too bad for Asus the execution was miserable. The Padfone X is both a 5-inch smartphone and a 9-inch tablet. You slide the phone into the dock and the whole shebang becomes a working tablet. The phone is decent by itself, but the dock only functions with the phone attached. Too bad the tablet is bulky and awkward to use, constructed of questionable materials, and performs about as well as a plow horse running the Kentucky Derby. Lesson learned: Buy the biggest phablet you can afford, instead of this two-part behemoth.

Samsung's Galaxy S5 is the Korean company's iPhone killer for the year. Too bad the only things it killed were Samsung's profits. The device is a solid smartphone, there's no doubt of that. It has great hardware, is affordable, and functions just as a flagship smartphone should. The problem is Samsung's kitchen-sink approach. The phone has so many features that it's almost unapproachable. Samsung gummed up the user interface and loaded it with too much stuff. Further, the phone looked almost identical to the preceding year's phone and didn't offer much of a reason for people to upgrade. The result? Samsung sold hundreds of thousands fewer GS5s than GS4s, which in turn crushed its bottom line. 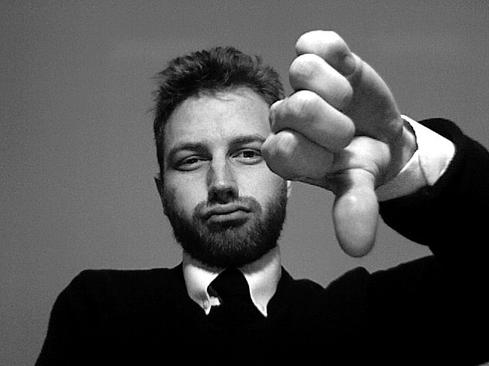 Sharp and partner Sprint attempted to do something unique with the Aquos Crystal, but didn't quite pull it off. The phone features a bezel-less screen, meaning the top, left, and right sides of the display have no real frame surrounding them. The result is a phone that appears to have no edge, just a screen that suddenly stops. The idea is great, but Sharp didn't execute as well as it needed to. Neither the battery life nor the camera offered competitive results. The screen, while novel in its design, didn't impress with everyday use, and the awkward appearance of the whole phone surely was and is off-putting to potential smartphone buyers. Moreover, the quality of the materials used to build the phone was sub-par. You can tell Sharp was testing the waters with the Aquos Crystal. There's no word if the test was successful enough to warrant a sequel device.

There's no question the Amazon Fire Phone is 2014's biggest phone flop. The device was a tech-laden, overpriced purchasing machine that felt icky to use. Firefly, one of the standout features, was nothing more than a way to get users onto Amazon.com with a "Buy" button under their fingers. The battery life was miserable, and the Dynamic Perspective 3D user interface did nothing but make some people feel sick to their stomachs. The Fire Phone may have a version of Android under the hood, but it offered no access to the Play Store and its 1.25 million Android apps. Worse, the device cost as much as an iPhone 6 or Galaxy S5 with a contract, making it a questionable purchase. The device was destroyed by reviewers and landed in the market with a thud. Reports suggested Amazon sold only about 35,000 units after the phone had been on sale for several months, forcing Amazon to drop the contract price from $200 to a penny. Despite its utter failure with the Fire Phone, Amazon CEO Jeff Bezos says it will make new smartphones in the years ahead.

Get the credit IT deserves: Apply now for the 2015 InformationWeek Elite 100, which recognizes the most innovative users of technology to advance a company's business goals. Winners will be recognized at the InformationWeek Conference, April 27-28, 2015, at the Mandalay Bay in Las Vegas. Application period ends Jan. 16, 2015.

Eric is a freelance writer for InformationWeek specializing in mobile technologies. View Full Bio
We welcome your comments on this topic on our social media channels, or [contact us directly] with questions about the site.
Comment  |
Email This  |
Print  |
RSS
More Insights
Webcasts
What We Can Learn from Sports Analytics
The Failures of Static DLP and How to Protect Against Tomorrow's Email Breaches
More Webcasts
White Papers
Eliminate East-West Traffic Hair-Pinning
2020 SANS Enterprise Cloud Incident Response Survey
More White Papers
Reports
2021 Top Enterprise IT Trends
Special Report: Understanding Your Cyber Attackers
More Reports

I read both articles, The 5 Best and The 5 Worst Smartphones Of 2014, and I didn't see any Windows Phone mentioned in any of them. So, what's up with that? Getting better, worse? Worth to buy when they're running Windows 10?
Also I like impactnow's idea to write an article about what phone we should buy next year. I guess we need to wait at least until the end of CES 2015, right?
Reply  |  Post Message  |  Messages List  |  Start a Board

Thanks - thats intriguing but that little screen is a killer, especially now that I am used to a Phablet.  I guess its time to look at slide out keyboard alternatives.
Reply  |  Post Message  |  Messages List  |  Start a Board

> I am an Android guy so if someone has a suggestion for a physical keyboard Android
> device that is out or coming out that is worth a look, I'd love to hear about it.

HTC Chacha or its newer version. My friend had been using it earlier and he is all praise.
Reply  |  Post Message  |  Messages List  |  Start a Board

> Despite its utter failure with the Fire Phone, Amazon CEO Jeff
> Bezos says it will make new smartphones in the years ahead.

Altough Jeff is hell bent on getting into device business, I think shareholders will soon loose patience and ask him to stop inventing the next shiny new device when there are so many already.
Reply  |  Post Message  |  Messages List  |  Start a Board

Even looking at what I am typing is not sufficient for me on a virtual keyboard.  I am using a Galaxy Note II which is a behemoth phone and I still fat finger the virtual keys most of the time.  Never had that problem with physical keyboards...
Reply  |  Post Message  |  Messages List  |  Start a Board

Now that's interesting. A physical keyboard is all I need. When I had a qwerty Nokia phone I could type without even looking at the keys, and it saved me from tough situations, but now I have to look at what I type. It makes me sad that the phone manufacturers aren't focusing on people who love to have a physical keyboard.
Reply  |  Post Message  |  Messages List  |  Start a Board

I never could connect with Nokia's approach to the cartoonish middle place taking the best parts of Android and Windows, which turned out to be just as bad as Nokia Lumia 630. And I have no words for Desire 310 and right now Desire 620, which is just a bad bad example of HTC selling their phones just by brand name.
Reply  |  Post Message  |  Messages List  |  Start a Board


Thanks for the recommendations my phone is getting upgraded this year from a Galaxy victory and I was considering the SG5, now I might just wait. Please print part two of this story what phone we should buy next year!

No, I'm just kind of surprised no one has master a touch screen - physical keyboard hybrid.  I know there are several models with this kind of functionality but have never seen anything like a Blackberry.  I am an Android guy so if someone has a suggestion for a physical keyboard Android device that is out or coming out that is worth a look, I'd love to hear about it.
Reply  |  Post Message  |  Messages List  |  Start a Board

A physical keyboard is universally easier to use than on-screen. That alone, though, is not going to save a company.
Reply  |  Post Message  |  Messages List  |  Start a Board
Page 1 / 2   >   >>
Editors' Choice
Hot Topics

10 IT Trends to Watch for in 2021 Cynthia Harvey, Freelance Journalist, InformationWeek,  12/22/2020
White Papers
Centralized Security Policy Management Across Hybrid Cloud Environments Should be an Obvious Strategy
The Value of Threat Intelligence
The Dark Side of SD-WAN
Top Threats to Cloud Computing: The Egregious 11
2020 SANS Enterprise Cloud Incident Response Survey