Is it a smartphone or tablet? Samsung led the trend early -- but Apple and Microsoft want in now. 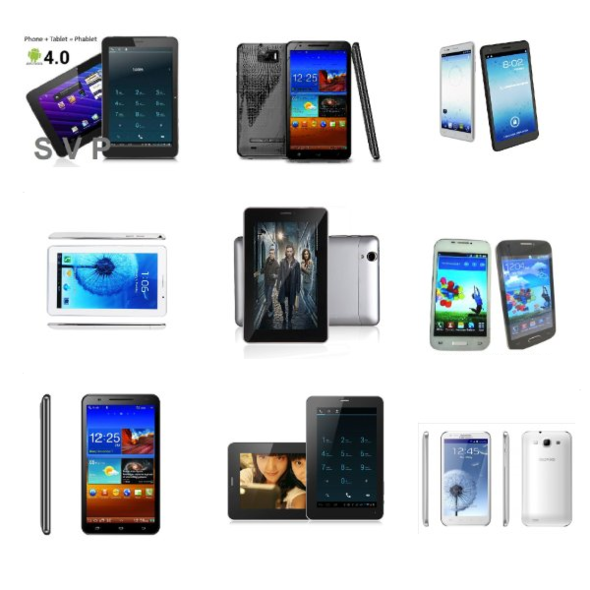 Even if you don't care for the term "phablet"-- and many people absolutely hate it -- the popularity of smartphone/tablet hybrids known as phabets is undeniable. In fact, research firm IDC recently forecast that tablet sales would soon face stronger competition from smartphones and phablets, the latter category including a variety of 5-inch or larger phones, such as Samsung's Galaxy Note series. More than a few tech reviewers mocked the original Galaxy Note (and its oversized dimensions) when it debuted in 2011, but the public took to the device right away. The Note continues to sell well. Samsung Electronics CEO Shin Jong-kyun announced in September that his company has sold more than 38 million Galaxy Note 1 and Galaxy Note 2 devices, and expects to sell more than 10 million units of the new Galaxy Note 3.

Not surprisingly, other mobile device makers want in on the action. Major vendors such as LG, HTC, Huawei, Nokia and Sony have either just released a big-screen phone/tablet hybrid, plan to do so shortly, or are rumored to be readying one for release.

What's the appeal of these monster phones? Well, the convenience of carrying around a pocket-splitting device certainly isn't one of them. On the plus side, the phablet kills two mobile birds with one stone. Its screen is large enough for popular tablet apps -- video streaming, e-books, Web browsing, productivity apps and so on -- that aren't particularly well-suited to a 4-inch smartphone.

But despite the phablet's success thus far, some critics see mobile devices of that size as a niche category with limited long-term appeal. In March, Gartner mobile device analyst C.K. Lu told reporters in Taipei that phablets are attractive to Asian consumers, who have limited budgets for electronics and hence prefer carrying one mobile device, according to the Taipei Times. In the U.S. and Europe, however, people often carry two devices -- a 4- to 5-inch smartphone and a 7-inch (or larger) tablet -- and prefer to use each gadget for different purposes, Lu surmised.

The verdict is still out on whether the phabet is a suitable replacement for two-device mobile users. One thing is certain: The latest phablets are nearing tablet-size dimensions. The Samsung Galaxy Mega, for instance, has a 6.3-inch display, and the Sony Xperia Z Ultra's screen measures 6.4 inches. Can phablets grow much bigger, or have they reached their maximum size?

Click through the slideshow to read up on the latest phablets, many of which debut this month. We've also included a few rumors about what the biggest tech players, including Apple and Microsoft, might be cooking up to address the phablet phenomenon.

The Atlantic just did a very funny piece on why people hate the word "phablet": http://www.theatlanticwire.com...
Reply  |  Post Message  |  Messages List  |  Start a Board

Is "mini-tablet" a more appealing phrase than "phablet"? I wonder if iPad Mini has shaped this already.
Reply  |  Post Message  |  Messages List  |  Start a Board
InformationWeek Is Getting an Upgrade!