Following widespread reports of substandard USB-C cables frying everything from smartphones to laptops, Amazon moves to implement a ban on fraudulent products.

Amazon is looking to protect consumers from dangerous and unregulated USB-C cables that have the potential to damage or ruin electronic equipment by banning the sale of noncompliant cables.

The move comes after numerous reports of smartphones and laptops ruined by faulty connectors. In one of the better known example of this, Benson Leung, an engineer on Google's Pixel team, during a test of all USB connectors available to consumers, had his own laptop destroyed by a SurjTech 3M USB 3.1 Type-C cable, along with the rest of his equipment.

These types of complaints led Amazon to amend its list of examples of prohibited listings, adding any USB-C (or USB Type-C) cable or adapter product that is not compliant with standard specifications issued by the USB Implementers Forum.

That ban puts the faulty cables in the same category as handheld laser pointers, products that descramble or attempt to gain access to cable or satellite television without permission, and devices designed to intentionally block, jam, or interfere with licensed or authorized radio communications. 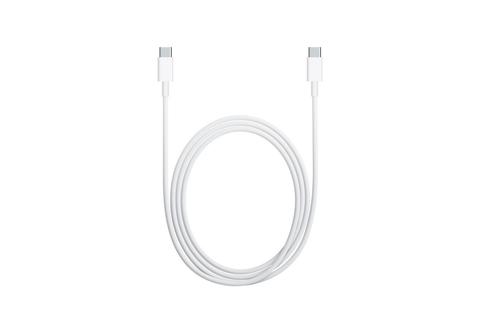 However, not all cables support the same functionality. Using a low-quality cable can result in serious damage to some devices, especially laptops.

A major part of their appeal stems from improved performance. USB Type-C cables should offer up to 10 Gbps data rates and 100 watts of power.

A USB Type-C port can replace many different connectors presently found on most laptops. The Apple MacBook uses the single USB Type-C port for five different functions, for example, including charging and types of video output.

The Type-C connector is also more user-friendly, offering reversible plug orientation, cable direction, and the ability to transfer power and data simultaneously. It supports varied protocols, such as DisplayPort, MHL, HDMI, and Thunderbolt.

A basic USB Type-C to USB adapter cable costs $19 at the Apple store. A similar cable from Amazon can cost from $9 to $25, depending on the manufacturer.

However, not even Apple is immune from the potential problems in USB-C technology. In February, following the revelation that a limited number of Apple USB-C charge cables that were included with MacBook computers were faulty, the company has announced a replacement program for affected users.

A small but growing number of devices currently support USB-C cables -- including Nokia and Asus tablets and about a half dozen smartphones, including LG's recently released G5. There are also a handful of hard disk and solid state drives that use the technology.

Google's Leung called Amazon's decision "really great news" but added, "[W]e all have to continue to be vigilant and call out any bad products we find on Amazon and other stores (both online and brick-and-mortar) as we find them."

Nathan Eddy is a freelance writer for InformationWeek. He has written for Popular Mechanics, Sales & Marketing Management Magazine, FierceMarkets, and CRN, among others. In 2012 he made his first documentary film, The Absent Column. He currently lives in Berlin. View Full Bio
We welcome your comments on this topic on our social media channels, or [contact us directly] with questions about the site.
Comment  |
Email This  |
Print  |
RSS
More Insights
Webcasts
SASE: The Right Framework for Today's Distributed Enterprises
Managing a Hybrid Cloud Infrastructure
More Webcasts
White Papers
2020 SANS Enterprise Cloud Incident Response Survey
The Top 5 Mistakes Everyone is Making in Vulnerability Remediation
More White Papers
Reports
Dark Reading Report: Battle for the Endpoint
The State of Cloud Computing - Fall 2020
More Reports