Oct. 5 marks the one-year anniversary of Steve Jobs' death. During that time, Apple has had some amazing successes and some spectacular failures. 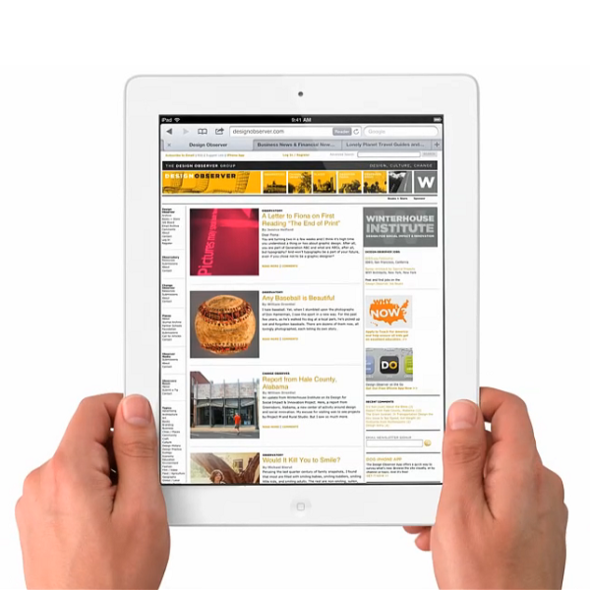 Hit: Released in March 2012, less than six months Jobs' death, the 3rd-generation iPad featured several enhancements, most notably a Retina display with 2048- by 1536-pixel resolution at 264 pixels per inch--twice the resolution and four times the number of pixels as the iPad 2. The new iPad was the first Apple product to offer 4G LTE connectivity (but only in North America), beating the iPhone 5 by six months. The iPad remains one of Apple's biggest success stories. The company sold 17 million iPads in its 2012 fiscal 3rd quarter, which ended June 30. Apple reportedly is ready to launch a smaller iPad with a 7- to 8-inch screen next month. Ironically, Jobs dissed the 7-inch tablet form factor in a fall 2010 earnings call. Tim Cook must think different(ly).

This also looks a lot like an Apple ad since it isn't really hits and misses it also has some "well we don't know yet products" apparently just so you can show them off.
Reply  |  Post Message  |  Messages List  |  Start a Board

Apple HDTV: Jobs ... said he had "finally cracked" one of life's great mysteries. Sounds a bit like Fermat's Last Theorem, which *was* finally proved, so there is hope;-)
Reply  |  Post Message  |  Messages List  |  Start a Board
Editors' Choice
Hot Topics

11 Ways DevOps Is Evolving Lisa Morgan, Freelance Writer,  2/18/2021
White Papers
Why Add Security to Your Skill Set and How to Do It
Improving Security by Moving Beyond VPN
Protection Strategies for a Cyber-Resilient Organization
5G-Enabled Edges of Tomorrow Require Converged Network and Security
New Cybersecurity Paradigm