Apple has pushed a software update to fix the "Error 53" problem plaguing iPhone users who got third-party repairs.

Apple has rolled out an iOS update to address Error 53. The issue has been rendering iPhones useless among owners who got third-party repairs and then updated by connecting via iTunes.

The Error 53 debacle has been plaguing iPhone and iPad owners who had their Touch ID-equipped smartphones repaired at third-party shops. If their home button was replaced, users would encounter Error 53 when they connected to iTunes for a software update.

Apple initially claimed Error 53 was a security measure intended to validate Touch ID. If the Touch ID sensor button was replaced with a non-Apple component, the check would fail. The iPhone would be "bricked" and beyond repair.

Anyone who encountered Error 53 was previously out of luck. Apple would not issue a replacement device because the third-party hardware used in repairs is not included under its warranty.

A new software update for iOS 9.2.1 will reportedly restore the iPhone and iPad for people with who have encountered Error 53, which Apple claims was never supposed to reach the public.

"Error 53 appears when a device fails a security test," the company wrote on a new support page. "This test was designed to check whether Touch ID works properly before the device leaves the factory, and wasn't intended to affect customers."

The support page contains a list of instructions for fixing the problem, which is fairly straightforward: Quit iTunes, unplug the device, download the update, connect the iPhone via USB, and click Update in iTunes. The fix will try to reinstall iOS without erasing data.

Customers who encountered Error 53 and consequently paid for an out-of-warranty replacement should contact Apple to request reimbursement, the company noted.

The newest iOS update does not include features other than the Error 53 fix. If you update your iPhone over the air, or never had your iPhone repaired by a third party, there is no need to download it.

While the patched version of iOS 9.2.1 fixes the Error 53 issue and restores the iPhone, it will not re-enable Touch ID. Apple claims this is for security reasons -- if it reconnected the sensor to the secure enclave where fingerprints are stored, it could potentially allow unauthorized users to reach your data.

Those who want to keep Touch ID will have to send their devices to Apple for repair, which is an expensive process. The fees Apple charges to fix broken screens ($99 to $149) are often the reason its customers go to third-party shops in the first place. 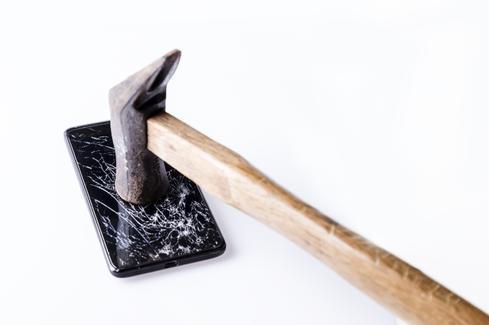 The Error 53 problem is leading Apple into the courtroom. Law firm Pfau Cochran Vertetis Amala (PCVA) is filing a class-action lawsuit, claiming Apple did not warn customers their phones would be rendered useless if they downloaded a software update following third-party repair.

PCVA says Apple's initial statement, in which it claims Error 53 was a security measure, leaves some room for explanation.

"If security was the primary concern, then why did the phones work just fine, sometimes for several months, without the software update," said Darrell Cochran, the case's lead attorney, in a statement. "Error 53 only rears its ugly head when downloading a newer version of Apple's operating system."

The lawsuit is seeking the cost of damages and new, working iPhones for class members.

Kelly Sheridan is the Staff Editor at Dark Reading, where she focuses on cybersecurity news and analysis. She is a business technology journalist who previously reported for InformationWeek, where she covered Microsoft, and Insurance & Technology, where she covered financial ... View Full Bio
We welcome your comments on this topic on our social media channels, or [contact us directly] with questions about the site.
Comment  |
Email This  |
Print  |
RSS
More Insights
Webcasts
People Are The Most Important Part of Autonomous SOC
Don't Miss This Cybersecurity Virtual Event
More Webcasts
White Papers
Anatomy of a Modern Phishing Attack
A Business Case for Vulnerability Remediation Orchestration
More White Papers
Reports
Enabling Enterprise Resiliency Through Cyberthreat Detection
Are Unprotected Cloud Databases Leaking Your Data?
More Reports
Copyright © 2021 UBM Electronics, A UBM company, All rights reserved. Privacy Policy | Terms of Service