Apple made a WiFi boo-boo, say William Scott Phillips and Suzanne Schmidt Phillips of California, and they want the iPhone maker to pay. The plaintiffs allege that WiFi Assist, a new feature added to iOS 9, booted them off WiFi in favor of LTE and subsequently boosted their cellular bills. The Phillips are seeking class action status for the lawsuit.

WiFi Assist is intended to be a helpful feature, a feature that improves the overall experience of iPhone owners around the world. In previous versions of iOS, iPhones would often attempt to use WiFi as much as possible, even when the WiFi connection was pure garbage.

Here's a good example: My in-home WiFi is fantastic and my phone jumps aboard my network whenever I'm home. At lunch time, I often walk to the corner market for a sandwich. I bring my phone with me and sometimes continue to use it as I walk. Once I get a few hundred feet from my house, the WiFi signal deteriorates and the phone will struggle to load a Web page over WiFi. That's a crummy experience, especially when one considers the bountiful and super-fast LTE signal that surrounds me.

It is in that moment that WiFi Assist springs into action. Rather than desperately cling to a useless WiFi connection that can't load a single Web page, WiFi Assist will push the iPhone off WiFi and connect via LTE instead. Voila, faster web performance and happier iPhone user.

There's one small problem: iOS 9 turns WiFi Assist on by default and many people have metered data plans. 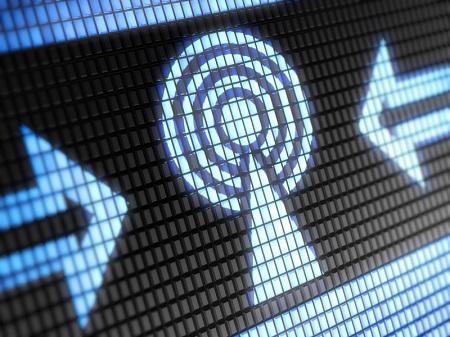 In other words, hordes of iPhones have been jumping from WiFi to LTE -- unbeknownst to their owners -- and chewing through mobile data. Mobile data costs money, and a surge in use can lead to overage charges for those not paying attention to their monthly data consumption. (We'll forget for the moment that carriers are required to notify customers when they reach the 75%, 90%, and 100% thresholds of their data plans to prevent such overages.)

This is the issue that has enraged the Phillips, who believe Apple should have educated consumers about how WiFi Assist works, and left the feature off by default. Apple did offer an explanation, but not until articles appeared across the Web discussing unintended cellular data usage from consumers. It may be the carriers who are billing consumers for extra data use, but the lawsuit says Apple is responsible for the additional charges.

Apple "downplays the possible data overcharges a user could incur," say the plaintiffs. "Reasonable and average consumers use their iPhones for streaming of music, videos, and running various applications — all of which can use significant data. Defendant's corrective statement does not disclose any basis for its conclusion that an average consumer would not see much increase in cellular usage."

The Phillips say Apple is violating California's Unfair Competition Law and California's False Advertising Law, and is guilty of negligent misrepresentation. The lawsuit doesn't say how much extra the Phillips have paid in data overages (typical amounts range from $10 to $50 per month), but they says the "overall amount in controversy exceeds" $5 million across the class.

The lawsuit was filed in the US District Court in San Jose.

What do you think? Apple's fault? Consumers' fault? The carriers' faults? Who is to blame for this mess?

Eric is a freelance writer for InformationWeek specializing in mobile technologies. View Full Bio
We welcome your comments on this topic on our social media channels, or [contact us directly] with questions about the site.
Comment  |
Email This  |
Print  |
RSS
More Insights
Webcasts
Securing and Monitoring Networks in the 'New Normal'
How Elite Analyst Teams are Transforming Security with Cyber Reconnaissance
More Webcasts
White Papers
What To Consider Before Renewing Your SD-WAN
Full Body Exposure: CybelAngel Analysis of Medical Data Leaks
More White Papers
Reports
How Data Breaches Affect the Enterprise (2020)
Building an Effective Cybersecurity Incident Response Team
More Reports

My gues sis that Apple was not as clear as it could have been about the charges. I would also guess that it should just settle the lawsuit as $5 million amounts to just pocket change for Apple.
Reply  |  Post Message  |  Messages List  |  Start a Board
<<   <   Page 2 / 2
Editors' Choice
Hot Topics

10 IT Trends to Watch for in 2021 Cynthia Harvey, Freelance Journalist, InformationWeek,  12/22/2020
White Papers
5 Steps to Zero Trust in the Data Center
The Dark Side of SD-WAN
IDC Workbook: Best Practices for Cloud Security
From MFA to Zero Trust
Passwordless: The Future of Authentication