50%
Tweet
Though most of the new iPhone 5 features--including the design and appearance--were leaked in advance, Apple managed to offer a few hidden gems.

Nearly every detail of the iPhone 5 was leaked or spied before Apple's Wednesday announcement in San Francisco. Nearly, but not all. Apple didn't offer any astonishing one-more-thing style revelations, but it still tossed a few unexpected features into the iPhone 5.

Here are some of the stand-outs:

Improved Audio -- Apple stuck a number of audio improvements in the iPhone 5 that will be welcome additions for those who still like to make phone calls. 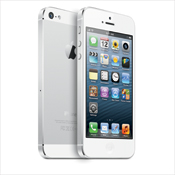 First, the iPhone 5 comes with three microphones. This will help reduce background noise in the earpiece speaker and result in clearer phone calls. Second, the earpiece speaker has a new five-magnet construction that should give it a boost in the volume department. Third, Apple revealed new headphones called EarPods. The EarPods are the culmination of three years' work, says Apple, and are better at directing sound into the ear canal. Toss in WideBand audio (a carrier-supported feature), and the iPhone 5 is a solid win for audiophiles.

A6 Processor -- The A6 processor wasn't a confirmed feature, but is certainly a welcome one. This new processor designed by Apple (and manufactured by Samsung) is 22% smaller than the A5 processor, uses less power, and boosts performance by a factor of two. According to Apple, the A6 chews through graphics-intensive apps and games and boosts frame-rates for ultra-smooth video.

Improved Battery Life -- LTE is a known power hog. Adding it to smartphones is a sure-fire way to kill the battery quickly. Even though the iPhone 5 adds LTE 4G, it boasts better browsing battery life than the iPhone 4S. In fact, at 8 hours of 4G power, it nearly equals the LTE browsing battery performance of the Retina Display iPad.

Additional Camera Features -- Apple was expected to improve the iPhone's camera, but several of the improvements weren't revealed ahead of time. For example, the iPhone 5 can now take panorama shots (up to 240 degrees). The iPhone 5's software accounts for shaky hands when shooting panoramas, and can stitch together uneven shots into a usable final image. Apple advertises panoramas as "28-megapixel" images. The camera also performs 40% quicker thanks to the A6 processor.

Significant Weight Drop and Waistline Reduction -- The iPhone 4/4S was not a thick, heavy device, but Apple still managed to reduce the thickness of the iPhone from 9.3mm to 7.6mm. Further, the weight has been reduced to 112 grams, or 3.95 ounces. That's less than one-quarter of a pound. The device is lengthier to accommodate the larger display, but the thinner profile and reduced weight go a long way to offset that. Few devices are so thin and so light.

The iPhone 5 may not look all that different from previous generations, nor offer that many more new features, but the engineering required to fit everything in such a small package is no, er, well, small feat.

We welcome your comments on this topic on our social media channels, or [contact us directly] with questions about the site.
Comment  |
Email This  |
Print  |
RSS
More Insights
Webcasts
Cyber Attack Evasion Techniques
Shifting Security from Speedbump to Digital Accelerator
More Webcasts
White Papers
6 Emerging Cyber Threats That Enterprises Face in 2020
Digital Transformation Built on the Cloud
More White Papers
Reports
How Enterprises Are Developing and Maintaining Secure Applications
The Definitive Guide to Managed Detection and Response (MDR)
More Reports

Now, wait just a minute... I'm not a huge Apple fan (I have reasons, good ones) but... it would seem that suing the daylights out of the company that provides the processors for your biggest selling device may not be the best business move for our fruity friends.

As a daily commuter on the NYC subway system, improved ear pods would be a great thing as far as I'm concerned. Maybe now I won't have to turn my own source up so loud to drown out the hipster sitting across the train car from me who's listening to the Glee soundtrack on their blinged out iPhone.

Improved battery life is always a good thing - does this mean that the iPhone 5 also has the built-in hand warmer option that the iPad 3 does? Winter /is/ coming, you know.

Additional camera features... are we sure they're using real footage to demo these improvements or did they pull a Nokia?

As far as the size difference goes, isn't that what Samsung did with the Galaxy S III? Longer and thinner? Hmm...

So, Eric, what's the street date on this thing? I'd like to know which week to avoid being anywhere near the Apple Store in Grand Central.

Looking forward to buying this for myself and my entire team!
Reply  |  Post Message  |  Messages List  |  Start a Board
Editors' Choice
Hot Topics