Apple did many things right with its new iPhone and Watch hardware, but left a few key technologies out of the mix.

Apple on Tuesday introduced the iPhone 6, iPhone 6 Plus, and Apple Watch -- three important new pieces of mobile hardware. As the rumors suggested, the new iPhones are bigger than previous models, while the Apple Watch offers a new take on what wearables can do, including mobile payments.

Nothing is perfect, and neither are Apple's latest gadgets. Here's a list of things Apple failed to include this time around. (Admittedly, these are extremely nit-picky items. Apple hit the nail on the head in nearly every respect.)

Sapphire screens -- Apple was widely expected to use sapphire to protect the displays of its new iPhones. The company made no mention of sapphire during its keynote, and sapphire is not listed on the official specs page published by Apple. The lens cover, however, is made of sapphire.

High-megapixel cameras -- Interestingly, Apple stuck to an 8-megapixel sensor for both new iPhones. It has a new sensor, new five-element lens, and a wider aperture, but Apple has decided to sit out the race to offer more megapixels. The user-facing camera, or "FaceTime Camera" in Apple parlance, rates a disappointing 1.2 megapixels. Many competing device offer 5- or 8-megapixel user-facing cameras. 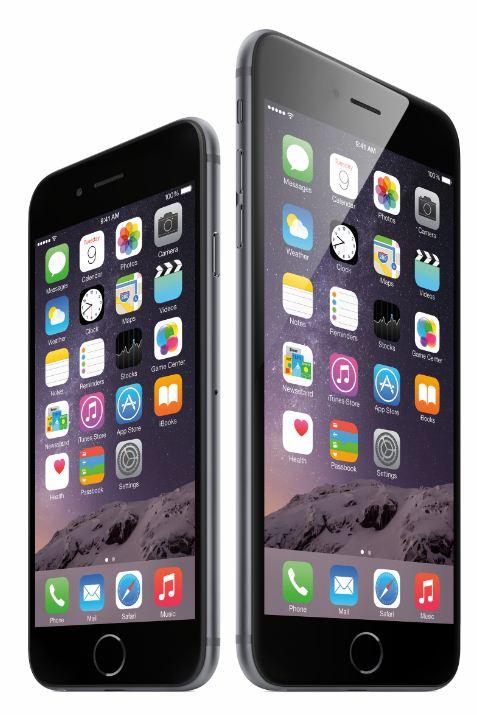 4K video capture -- Most of today's flagships can capture 4K -- or Ultra HD -- video. The new iPhones are limited to standard 1080p HD video. Apple did, however, improve the slow-motion functionality of the iPhones' video capturing features.

Standard connector -- Apple's new devices use the Lightning port for connecting via USB cable to PCs and chargers. Apple has long ignored standard technologies, and this is no different. Nearly all other smartphones and tablets shipped worldwide use the microUSB port for connectivity.

[At least one analyst firm is predicting Apple will succeed. Read Apple To Dominate Wearables Through 2016: Forrester]

Removable battery -- Apple's iPhones have always kept the battery sealed up tight. The same is true of Apple's latest smartphones. LG and Samsung still tout removable batteries as a feature not offered by the competition.

Security -- Apple did not mention any significant changes to security during its presentation today. This seems a remarkable omission considering the recent celebrity photo leak.

Radios for Apple Watch -- The Apple Watch uses Bluetooth 4.0 to talk to the iPhone, but it does not include any other radios. That means no Wi-Fi and no GPS, which in turn means you have to tote your iPhone around to get the most out of your workouts. Apple implied users will need to have a smartphone nearby to gain the most accurate location data for runs, bike rides, and so on.

Playing catch-up
Apple's new phones are surely impressive, but really only bring the company on-par with many of today's competing smartphones. Samsung has offered 1080p HD screens that reach 5-plus inches for more than a year. So have LG, HTC, Nokia, and others. Further, the iPhone 6 Plus's 1080 HD screen trails the Quad UD screens offered by Samsung and LG. Most Android phones have NFC and compatibility with at least one mobile payment system. Apple's iPhones are just adding NFC for the first time. Android phones have boasted other features, such as WiFi Calling, Carrier Aggregation, and optical image stabilization for years. Again, Apple is just adding these to the iPhone.

With the iPhone 6 and 6 Plus, Apple has brought its hardware up to par with what's offered by the competition. The question now boils down to one of experience and which one consumers prefer: Apple's or Google's.

I don't want a watch that's dependent upon proximity to a phone. It's $350 to start with (whenever it finally arrives) and you want me to buy a phone on top of that? That Sport Watch is not going to appeal to athletes if they have to tote a phone around with them in order to get accurate mappings and measurements of runs and workouts.

If this new watch can capture heart rates and reasonably accurate mileage readings with the accelerometer alone (which I doubt), then maybe casual athletes will like it. But I can get a decked out Garmin GPS watch for much less than $350. As we learn more about battery life and wireless charging, I'm guessing this will be another thethered-to-my-phone failure. Guess what: my phone tells me what time it is and has a bigger display for maps and apps. What do I gain through the watch?
Reply  |  Post Message  |  Messages List  |  Start a Board
InformationWeek Is Getting an Upgrade!