50%
Tweet
The iPhone 5 pre-sold out an hour after it was announced. The smart phone will show up in Apple stores on Sept. 21. 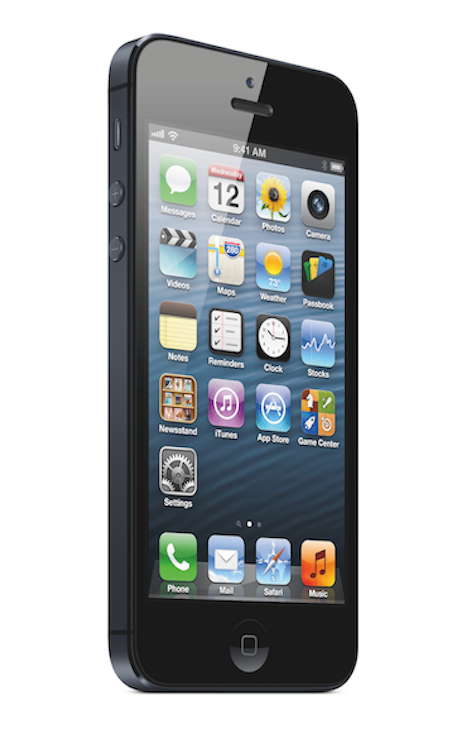 The iPhone 5 pre-sold in record numbers at 2 million devices, doubling the previous record held by the iPhone 4S, Apple said in a statement.

The iPhone 5 will go on sale Sept. 21 at 356 Apple retail stores. Some who pre-ordered the phones will get them on Sept. 21, but other unfortunate customers will have to wait until October.

The iPhone 5 is thinner and lighter than previous versions, with a faster processor and better battery life. There are also 200 other new features that come with the new iOS 6.

According to the IDC Smart Phone Tracker, the U.S. smartphone forecast looks like this:

In addition to increased consumer demand for smart phones, more large companies are providing their employees with the devices. For instance, Yahoo! CEO Marissa Mayer started a new program that would give employees a new Apple, Samsung, Nokia, or HTC smart phone.

We welcome your comments on this topic on our social media channels, or [contact us directly] with questions about the site.
Comment  |
Email This  |
Print  |
RSS
More Insights
Webcasts
Cloud Security Threats Enterprises Need to Watch
Linking, Orchestrating, and Managing Your Enterprise Security Systems
More Webcasts
White Papers
Using AI to Power AppSec
NetFlow vs Packet Data
More White Papers
Reports
Can You Spare 10-12 Mins to Help Us Out with a Survey on Tech Trends?
Got 7 Minutes? Dark Reading Needs Your Help With Our Survey on Incident Response
More Reports