The Apple Watch is moving out of the high-end boutique world and into big-box retail through a Best Buy partnership.

Apple is expanding the availability of its Watch smartwatch through a partnership with big-box retailer Best Buy, which will carry the device in more than 100 Best Buy stores starting Aug. 7, and will also be available on the retailer's website.

A July 26 Best Buy release noted that more information would be available in the coming days, including the locations of the stores where the Watch will be on display.

It will be the first national retailer, other than Apple Stores, where customers can buy the Apple Watch.

Best Buy also noted that the Watch would be available for purchase in more than 200 stores in time for the lucrative holiday shopping season.

Retail customers will be able to see, try, and buy 16 Apple Watch models -- including Sport and Watch models in both 38mm and 42mm sizes, as well as nearly 50 accessories, including watch bands, screen shields, stands, and chargers.

So far, Apple has stuck to a Web-based sales model and a few high-end retail stores, including Galeries Lafayette in Paris, Isetan in Tokyo, and Selfridges in London, as well as boutiques such as Colette in Paris, Dover Street Market in London and Tokyo (but not New York), Maxfield in Los Angeles, and The Corner in Berlin. 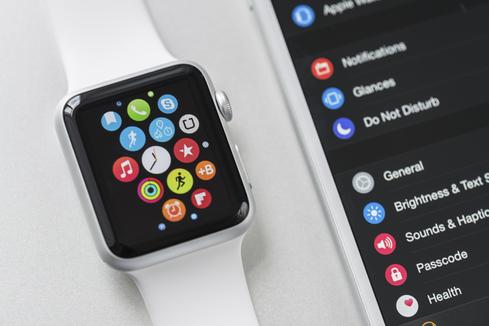 With Apple so far keeping mum on official retail sales figures, industry analysts have been projecting a range of figures, with Pacific Crest senior research analyst Andy Hargreaves cutting his sales forecast for the fiscal year for the device to 10.5 million from 11 million.

Michael Oh, CTO and founder of Apple specialist TSP, told InformationWeek it's hard to know whether or not Apple decided to expand into a national retailer because of lackluster -- or what are perceived to be lackluster -- sales.

"From Apple's position, I would expect they would open up channels outside their stores, it was really just a question of when," Oh said. "It does seem a little bit soon. I thought they would stick more to the Selfridges type of store in London, but it's a product that has a $400 price tag, so it's certainly within the realm of what Best Buy could deal with. You're going go with someone who has a national footprint, and honestly they're probably the only ones that fit the bill."

An Apple enthusiast who has had the Watch since its debut, Oh said he enjoys using the device on a daily basis for work purposes, though he typically swaps it out for his TAG Heuer on the weekends.

"I think when the first iPhone came out and it had all the limitations it did, you could see the potential of the device," Oh said. "The Apple Watch is the same way. It's part of this ever-changing mindset about technology. I think it's going to be a successful platform."

[Read how Apple's iPhone success can only go so far.]

Despite the potential for the device, Oh has one word of warning for Apple -- charging $10,000 for the top-of-the-line model is uncharted and potentially dangerous territory for a consumer technology company.

"In the fashion world, you can have companies in that upper echelon and companies that are not, and it's very difficult to bridge the gap. I understand what Apple's trying to do, but I think with tech, it's sort of dangerous," he said. "My biggest comment is that if I paid $10,000 for this thing, I would be really pissed off, you know? I know people have that kind of money and want to throw it away, but they don't have that kind of money because they're dumb."

Nathan Eddy is a freelance writer for InformationWeek. He has written for Popular Mechanics, Sales & Marketing Management Magazine, FierceMarkets, and CRN, among others. In 2012 he made his first documentary film, The Absent Column. He currently lives in Berlin. View Full Bio
We welcome your comments on this topic on our social media channels, or [contact us directly] with questions about the site.
Comment  |
Email This  |
Print  |
RSS
More Insights
Webcasts
People Are The Most Important Part of Autonomous SOC
Optimizing App Performance in the Cloud
More Webcasts
White Papers
Why Add Security to Your Skill Set and How to Do It
Supercharge Incident Response with DDI Visibility
More White Papers
Reports
Are We Cyber-Resilient? The Key Question Every Organization Must Answer
How IT Security Organizations are Attacking the Cybersecurity Problem
More Reports

Eh, the high school age Best Buy clerks are probably the best suited to figured out how to sync the watches with the phones. Still, yes it seems ridiculous to pat 10 grand for an electronic watch that you potentially need to go to the Geek Squad to troubleshoot.

I'm curious as to what makes the 10k version different than the others, but not curious enough to spend the 90 seconds to google it.
Reply  |  Post Message  |  Messages List  |  Start a Board

A recent article said you need to own an iPhone in order to use the Apple Watch, and it will only work with the iPhone 5S upwards. If  that is the case what about  iPhone 5 and iPhone 5C users?
Reply  |  Post Message  |  Messages List  |  Start a Board

Well in my understanding Apple doesn't place as much importance on voice control. Do you think it will be a disadvantage?
Reply  |  Post Message  |  Messages List  |  Start a Board

The fun is going to start when Apple customers try to get tech support for synching their watches to their iPhones from $10/hour high school age Best Buy clerks. I presume the $10,000 version won't be sold in the same store where millions shop for dog food and bathroom supplies.
Reply  |  Post Message  |  Messages List  |  Start a Board

I congur with you progman. I think a $10,000 version is utterly ridiculous. Also, its a shame that Apple does not properly pay its employees in its factories.
Reply  |  Post Message  |  Messages List  |  Start a Board

I think it is wise on Apple's part to have Apple watches sold from Best Buy. I think it is a good marketing strategy and will increase the sales. Wih that being said, I will still not be purchasing it.
Reply  |  Post Message  |  Messages List  |  Start a Board

I will be shocked - I see this thing being a dud and expect sales numbers to be a disappointment. And a $10,000 version? Please.

But if anyone can prove me wrong it would be Apple.
Reply  |  Post Message  |  Messages List  |  Start a Board
Editors' Choice
Hot Topics