Apple Watch Pays For Itself - InformationWeek

0%
Tweet
Or the Apple Watch would if time were truly money.

The Apple Watch pays for itself by saving people time. The smartwatch is also on track for massive holiday sales by the end of the year -- all according to research firm Global Equities Research.

"Apple Watch will be the most addictive device ever created for both consumer as well as for the enterprise; and our research continues to indicate that Apple can now easily sell between 40 million and 42 million Apple Watches in CY2015," says a May 30 research note, authored by managing director Trip Chowdhry and analyst Tej Singh.

Global Equities Research states that the firm does business with the companies covered in its reports and "may have a conflict of interest that could affect the objectivity of this email communication and reports." So consider this the view of an Apple enthusiast -- "can sell" is not the same as "will sell."

Chowdhry and Singh calculate that the Apple Watch has a behavioral economic value of $351 annually. They reach this figure based on feedback from some 200 to 250 Apple Watch owners who report a reduction in the number of times they remove their iPhone from a pocket, a number that went from 110 times per day to 55 times per day after getting an Apple Watch.

Assuming that task takes 6 seconds, an Apple Watch user stands to save 330 seconds a day and 33.46 hours a year. Assuming a minimum wage of $10.50, the report concludes an Apple Watch has a behavioral value of $351 over the course of a year and thus pays for itself in 1.5 years (for the $549 model), or in a single year for the $349 Apple Watch Sport. 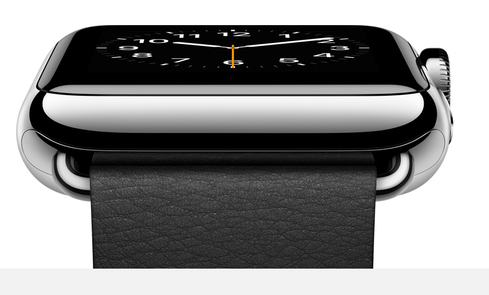 If you can get past the implausibility of minimum wage workers paying $349, $549, or more for an Apple Watch to go with an equally expensive iPhone, and you accept without question the equivalency of time and money, you may conclude that these figures vastly underestimate the value of the Apple Watch. Chowdhry said in an email that he went with minimum wage because "many Apple Watch users are [in the] 18-to-24 age group."

A 2012 Forrester study found that the average household income for adult owners of Mac computers is $98,560, based on a survey of some 24,000 US adults. For those households with a single wage earner, a salary of that amount translates to an hourly wage of $47.38, more than four times higher than the minimum wage figure used. So if you own a Mac, an iPhone, and an Apple Watch, the time-is-money equation suggests that the Apple Watch pays for itself in just a few months, assuming you didn't splurge on the $17,000 model.

The time-is-money equivalency, however, has plenty of problems, not the least of which is the unavoidable conclusion that not having an iPhone or Apple Watch in the first place would save $3,170.51 annually for our Mac-owning wage earner. And that figure doesn't take into account the potential savings from not paying for mobile service.

Apple is preparing to begin selling its watch in its retail stores, after initially offering the devices through its online store. During Apple's April investor call, CEO Tim Cook said he was "generally happy" with the Apple Watch rollout. "Generally" is not among Apple's more commonly employed superlatives like "amazing" or "revolutionary," and Cook's initially tepid enthusiasm prompted a question from an analyst. Cook responded by saying, "I'm thrilled with it. … The customer response, literally, from what I've seen, is close to 100% positive. And so it's hard to imagine it being better."

Global Equities Research imagines something better: The firm says that Apple Watches will begin selling in enterprises this year. Its report claims that enterprise software companies like IBM, Oracle, SAP, Salesforce.com, and Zoho are working to make the Apple Watch useful to enterprises. Infosys, the firm notes, has some 800 professional services people available to create apps that link the Apple Watch to enterprise systems.

[Read more about the Apple Watch and the enterprise.]

Maybe so. But many enterprises are still grappling with the implications of cloud computing. It could take a bit more than a year for companies for find a compelling use for a connected watch.

The Apple Watch is expected to feature prominently at Apple's Worldwide Developer Conference, which starts June 8. The company plans to stream its opening keynote at 10 a.m. PDT on Monday for OS X and iOS users, though Android and Windows users may be able to tune in too. The stream is free, but you'll pay with your time. Perhaps it will be worth it.

Thomas Claburn has been writing about business and technology since 1996, for publications such as New Architect, PC Computing, InformationWeek, Salon, Wired, and Ziff Davis Smart Business. Before that, he worked in film and television, having earned a not particularly useful ... View Full Bio
We welcome your comments on this topic on our social media channels, or [contact us directly] with questions about the site.
Comment  |
Email This  |
Print  |
RSS
More Insights
Webcasts
Making Zero-Trust Work for Work From Home
Why Performance Testing is More Critical Today
More Webcasts
White Papers
Container Security Best Practices: A How-To Guide
CyberSecurity Trends 2020
More White Papers
Reports
The Threat from the Internet--and What Your Organization Can Do About It
Connecting the Dots: Key strategic opportunities in a post-COVID-19 world
More Reports

Android-run watches look better, have better battery life despite GPS, and you don't need an Android-run phone for some of the watch brands. You need a $700 iPhone for the Apple Watch just to keep it in your pocket without using it and the watch is an ugly dark square...you can't even keep the watch face on when it is away from your face for others to see.
Reply  |  Post Message  |  Messages List  |  Start a Board

It is expensive....not entirely because of the money, though. Once the Apple Watch is replaced by a newer generation, then people will have to pay again for technology that will become outdated soon after. And because of the prices Apple is charging, it doesn't make sense to spend $350+ every 4 or 5 months for a new Apple Watch. It is overrated as well......why do you think all of these articles are out trying to convince everyone of how useful the watch is and how much battery it has? Because these reviewers know...the Apple Watch is not really worth it.
Reply  |  Post Message  |  Messages List  |  Start a Board

>What are minimum wage earners supposed to do?

They can do as they please. But the notion that anyone making minimum wage plans to spend his or her disposable income on a smartwatch of any sort is laughable.

A person making the federal minimum wage of $7.25 per hour has an annual income of $15,080. According to The Atlantic, a person in this income bracket spends 98% of income on essentials like food, housing, and transportation. That leaves $367 for discretionary spending for the entire year.

With sales tax, that's not quite enough for an Apple Watch, much less an iPhone to run it.
Reply  |  Post Message  |  Messages List  |  Start a Board

Seeing how this plays out should be interesting. Their estimates are a bit hard to believe hased on the small amount and nature of the research. But, as the adoption curve increases, we can spot growth points at certain intervals that will be more predective.

>> Apple Watch will be the most addictive device ever created for both consumer as well as for the enterprise; and our research continues to indicate that Apple can now easily sell between 40 million and 42 million Apple Watches in CY2015," says a May 30 research note, authored by managing director Trip Chowdhry and analyst Tej Singh.
Reply  |  Post Message  |  Messages List  |  Start a Board

"If you can get past the implausibility of minimum wage workers paying $349, $549, or more for an Apple Watch to go with an equally expensive iPhone, and you accept without question the equivalency of time and money, you may conclude that these figures vastly underestimate the value of the Apple Watch."

Geez, this sort of idiocy makes my blood boil.    What are minimum wage earners supposed to do?    Save $20 on a flipping Android?    Is that supposed to make sense?

Apple products are TRIVIALLY MORE expensive than the blatant rip-offs or the crap that Roid manufacturers have to offer before they blatantly copy Apple.

You act as if people are stuck in poverty for making great technology decisions.

Get over yourself.   Google Andorid and Microosft windows are for penny-wise and pound foolish, and they are NOT saving anyone ANY MONEY.
Reply  |  Post Message  |  Messages List  |  Start a Board
Editors' Choice
Hot Topics