The smartwatch market contracted for the first time, thanks to a plunge in Apple Watch sales, according to a report from IDC. However, the report showed that Samsung, Lenovo, LG, and Garmin made gains.

The numbers may look bad, but IDC cautions against panicking.

At 47%, Apple is still far and away the smartwatch leader. With 1.6 million units shipped during the second quarter, it more than doubled the 600,000 units that Samsung shipped.

Every vendor but Apple enjoyed significant growth year-over-year, with Lenovo leaping up 75% and Samsung springing up 51%. LG followed with 26% growth, and Garmin brought up the rear with 25% growth. 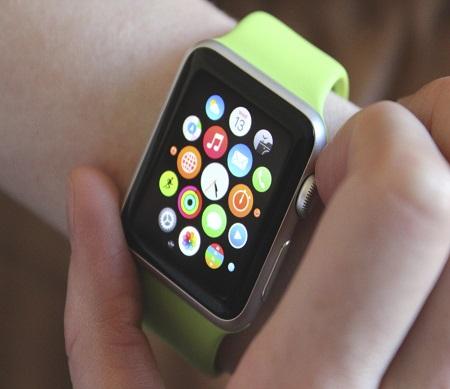 The refresh cycle is weighing heavily on consumers' minds, according to IDC, which likely played a role in the slowdown of Apple's smartwatch. Recent price cuts seem to suggest new hardware is on the way.

"Consumers have held off on smartwatch purchases since early 2016 in anticipation of a hardware refresh, and improvements in WatchOS are not expected until later this year, effectively stalling existing Apple Watch sales," Jitesh Ubrani, senior research analyst for IDC Mobile Device Trackers, wrote in the report.

"Apple still maintains a significant lead in the market and unfortunately a decline for Apple leads to a decline in the entire market. Every vendor faces similar challenges related to fashion and functionality, and though we expect improvements next year, growth in the remainder of 2016 will likely be muted."

The Apple Watch landed in the market in April 2015. Unchanged for 14 months, consumers are waiting to see if Apple reveals new Watch hardware in September. The company is believed to be working on a sequel device that may show up alongside the iPhone 7 this fall.

Details about the device are few and far between. Perhaps the biggest improvement will come in the form of connectivity. Apple has already made significant improvements to apps, allowing them to run without a nearby iPhone.

With LTE aboard, a refreshed Apple Watch could be a powerhouse device. Advancements such as these are needed to generate interest in smartwatches.

"What will bear close observation is how the smartwatch market evolves from here," wrote Ramon Llamas, research manager for IDC's Wearables team.

"Continued platform development, cellular connectivity, and an increasing number of applications all point to a smartwatch market that will be constantly changing. These will appeal to a broader market, ultimately leading to a growing market."

[Editor's note: This article was updated to correct several numbers that had the word "million" appended incorrectly.]