Look for Apple to revise the full-size iPad and the iPad Mini later this month. Here's what we expect -- and what we don't. 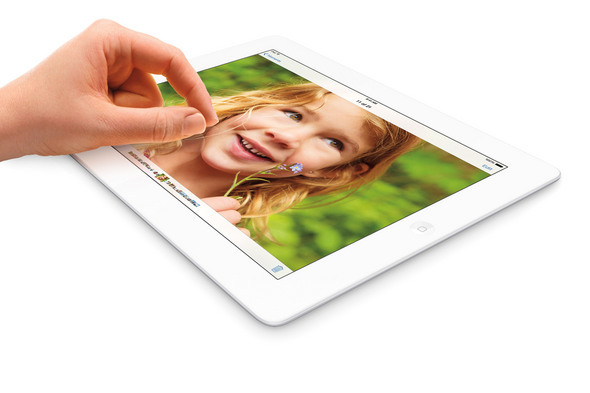 Apple's expected Oct. 22 iPad introduction can't come soon enough. These tablets are due for a refresh and iPad enthusiasts have significant changes to look forward to, including improved hardware and interesting new features. The rumor mill has churned out plenty of material to consider, and sorting Apple fact from fiction isn't always easy. But this year, we have a pretty good grip on which new features will make the cut and which won't.

The current full-size iPad has used the same chassis since spring 2012, when the company introduced the iPad 3. Apple replaced the iPad 3 with the iPad 4 in October 2012, carrying over the older iPad's design and chassis with only a few tweaks. The larger iPad was one of the thinnest and lightest available when it first debuted, but it has been surpassed by other tablets in the year since the iPad 4 was introduced. This year, Apple is expected to fully refresh the design and features of its larger tablet.

The iPad Mini was a brand-new tablet when released last year. The smaller tablet has a 7.9-inch screen and is significantly thinner and lighter than the regular iPad. It has been a popular seller the world over, thanks in part to its usability and lower price. Within several months of its release last year, analysts believe sales of the Mini eclipsed those of the full-size tablet. Apple hasn't confirmed that, however. The entry-level iPad Mini starts at $329 and the full-size iPad starts at $499.

The tablets' features might change but their prices likely won't. Apple hasn't altered the pricing scheme used for its iPad since the first-generation tablet was released in 2010. You can expect the Mini to cost $329, $429 and $529 for the 16-GB, 32-GB and 64-GB models, respectively. Adding LTE 4G will cost an extra $130. The full-size iPad will cost $499, $599 and $699 for the respective storage capacities. It is possible that Apple will add a 128-GB model this year.

Big questions surround what Apple will do to match the features added to competing tablets over the last year. For example, Samsung's high-end Note 8 and Note 10.1 tablets include IR blasters that can control television sets and other home theater equipment. Is that a feature Apple might add to its tablets?

The full-size iPad has a screen capable of displaying HD content but the Mini does not. Will Apple improve the Mini's screen so it can compete better with tablets such as the Nexus 7?

Then there's the iPhone 5s's Touch ID fingerprint sensor to consider. Might Apple add its new security tool to either iPad? Explore our slideshow to see what we believe are likely and unlikely possibilities for Apple's new tablets.

Seeking a Competitive Edge vs. Chasing Savings in the Cloud Joao-Pierre S. Ruth, Senior Writer,  7/19/2021
White Papers
Defend Against Credential-based & Privilege Escalation Attacks
Cyber-Resilience Is a Must Have in the Next Normal
Run and Transform
World Wide Technology: Digital Transformation Customer Journey
How Securing the Data Lifecycle Can Transform Your Data Protection Program