Are Smartphones Necessary? For Some, Yes - InformationWeek

0%
Tweet
More than half of Americans claim smartphones are not always needed, but a growing population relies on them for Internet access, according to new research from the Pew Research Center.

Nearly two-thirds (64%) of Americans own a smartphone, a drastic increase from 35% in 2011. For many, these devices are their primary -- or only -- means of Internet access.

A series of studies conducted by the Pew Research Center, in conjunction with the John S. and James L. Knight Foundation, sheds light on the evolving role of smartphones among Americans. It seems that a significant chunk of the population is "smartphone-dependent," meaning they rely heavily on smartphones to go online.

Smartphone owners were asked whether they have regular broadband access at home, then as a followup, how many options they had to access the Internet in general. Researchers concluded that 10% of American smartphone owners lack any other form of home-based high-speed Internet access; 15% claim to have limited means of accessing the Internet other than their phones.

"In all, one-in-five American adults (19%) indicates that at least one of those conditions applies to them, and 7% of the public says that both of these conditions apply -- that is, they do not have broadband access at home, and also have relatively few options for getting online other than their cell phones," writes report author Aaron Smith.

Some groups rely on smartphones for Internet access more than others. Younger adults, aged 18-29, and non-whites are two populations that do. People with low household incomes and lower levels of education are also more likely to be smartphone-dependent. Just 1% of Americans from households earning more than $75,000 per year have the same reliance on their devices.

[Pinterest updates its mobile app every 3 weeks. This is why.]

The amount of people who depend on smartphones to get online is relatively small, and their access often depends on financial trouble or technical issues. Almost half have been forced to suspend service due to cost, and almost one-third claim to frequently maximize their data usage. As a group, smartphone-dependent individuals are less likely to own a home, have a bank account, or receive health insurance.

When they do have Internet, this minority is more likely to use smartphones for career navigation. When compared with users from households earning at least $75,000 annually, those earning $30,000 are almost twice as likely to research jobs -- and more than four times as likely to submit an employment application -- via smartphone.

It seems younger users are not only more dependent on smartphones for Internet, but for a broad range of functions in their daily lives. In an "experience sampling" survey of smartphone owners, Pew contacted participants twice a day over a one-week period to evaluate how phones were used during the hour prior to their survey, where they were used, and the feelings that resulted.

This segment of Pew's research reflected that various smartphone behaviors were magnified among users aged 18-29. Millennials were more likely to use their devices for social networking (91%), watch videos (75%), listen to music or podcasts (64%), or avoid interacting with people around them (47%). This is in comparison to 55%, 31%, 21% and about 15%, respectively, of users aged 50 or older.

As a general population, smartphone owners are exhibiting heightened use of their devices beyond the usual call/text/email triad. While those use cases continue to dominate, almost two-thirds of users have researched health conditions, 57% have done online banking, 44% have looked for housing, and 43% have hunted for job information. 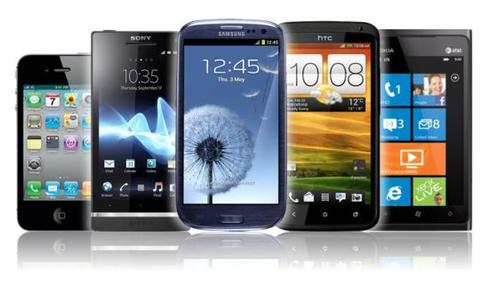 Breaking news is a rapidly growing area of smartphone use. Sixty-eight percent of owners use their phones -- at least occasionally -- to follow current events, and 67% share relevant pictures, video, or commentary. Navigation is another hot spot; 67% use their devices for turn-by-turn driving directions.

Despite the permeation of smartphones into our everyday lives, most people don't deem them essential. Over half (54%) of respondents say their phones are "not always needed," while 46% say their phone is something they "couldn't live without."

Yet it seems that smartphones do make us happy (even if they might also make us lazy). About 80% of respondents indicated their phones boosted feelings of productivity, and 77% reported the same for happiness, over the course of the study. This wasn't a constant, however; 57% of owners reported phone-related feelings of distraction, and 36% said their phones increased feelings of frustration.

Kelly Sheridan is the Staff Editor at Dark Reading, where she focuses on cybersecurity news and analysis. She is a business technology journalist who previously reported for InformationWeek, where she covered Microsoft, and Insurance & Technology, where she covered financial ... View Full Bio
We welcome your comments on this topic on our social media channels, or [contact us directly] with questions about the site.
Comment  |
Email This  |
Print  |
RSS
More Insights
Webcasts
[Virtual Event] Doing More IT With Less
5 Ways to Jumpstart AI
More Webcasts
White Papers
Getting The Right Cloud Management
Case Study: Scaled Up InfoSec Risk & Compliance
More White Papers
Reports
CyberSecurity Trends 2020
2019 Threat Hunting Report
More Reports

It's hard to imagine how anyone can get by with what a typical cell plan offers. That's about - what? a few hours of video viewing. Then what's left to conduct the rest of your life with?
Reply  |  Post Message  |  Messages List  |  Start a Board

You'd be surprised. The family plan I'm on currently has 3 people sharing 2GB per month. Fortunately I've been grandfathered into the same unlimited-data plan, but I can't imagine sharing just that with two other people.
Reply  |  Post Message  |  Messages List  |  Start a Board


No doubt.  I once used my phone as a hotspot and the next thing I know, the provider is asking me to upgrade.   I thought I had unlimited data ?    But I can understand if someone is forced to used their phone as their only means of access.

I feel for them.

It would be great if someone assembled a fleet of drones over Boston, networked to each other and to remote towers to provide high capacity wifi service at a competitive price. Not only could people be active wherever they choose to, but it would also end the building-by-building monopoly that carriers enjoy in this town.
Reply  |  Post Message  |  Messages List  |  Start a Board

@Gary_EL    That is a brilliant idea !   I certainly would have less issue with a drone hovering if it is doing something beneficial like that.
Reply  |  Post Message  |  Messages List  |  Start a Board
Editors' Choice
Hot Topics