Beyond iPhone 6S: What To Expect At Apple's Sept. 9 Event - InformationWeek

Here's what we know so far about the company's upcoming media event, and what it will reveal for iPhone, iPad, Apple TV, and Apple Watch.

At a media event in San Francisco, Calif., on Wednesday, Sept. 9, Apple is expected to introduce new hardware, software, and services, including revised iPhones.

The event is being held at the Bill Graham Civic Auditorium, a much larger venue than the Yerba Buena Center for the Arts theater used for product launches in the recent past. Among Apple observers, the size of the venue reflects the company's view of the event's significance.

Apple is said to be introducing two iPhone models, the iPhone 6S and iPhone 6S Plus. According to 9to5Mac, the phones will include 12 MP cameras, 4K video, an A9 chip, a Force Touch display, and a front-facing flash for selfies.

Forrester analyst Frank Gillett in a phone interview said that the iPhone represents Apple's single biggest source of revenue, so the company is focused on keeping the next iPhone interesting.

[ These apps will only cost you the time it takes to download them. Read 10 Handy iPhone Apps Worth Downloading. ]

But doing so could be a challenge, Gillett said, because the look of the iPhone isn't due for a redesign until 2016. "How do you keep people interested in the iPhone when it looks the same and all you're doing is adding an "S" to the model name, if they follow past practice?" he asked.

Gillett said he expects Apple to do that through faster hardware, improved iOS software, and a better camera. But he said he sees Apple also burnishing the appeal of its iPhone through Apple Watch enhancements. 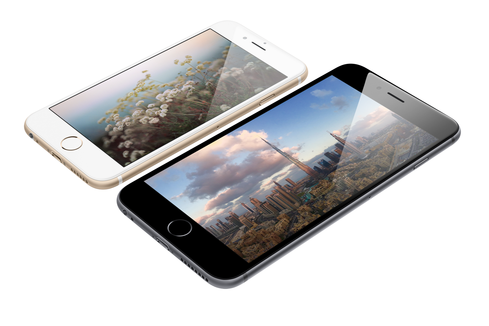 Apple is said to be preparing new bands for the Apple Watch, and its forthcoming watchOS 2 and iOS 9 releases will enhance the synergy between iPhones and Apple Watches, even as it makes Apple's timepiece more independent with apps that run natively on the device.

Apple is also expected to show off two new iPad models, the 12.9-inch iPad Pro and the iPad mini 4. The large-screen iPad will reportedly ship in November.

With a stylus, a new keyboard, and iOS 9 productivity enhancements, the iPad Pro appears to be aimed at business users and creative professionals. Apple has been focused on building up its enterprise business, first with an IBM deal last year and then with a Cisco partnership in early September.

"I expect more of Apple than just a large-format iPad," said Gillett. "If all they do is put out a large-screen iPad, that's a bummer. But if they actually come up with an interesting way to use a device of that size, that's breakthrough innovation."

Apple is also expected to introduce an updated Apple TV. What has been a streaming media device appears to have become an iOS device, meaning it will run apps on the connected television screen. Google tried this with Google TV and failed. It's trying again with Android TV.

The updated Apple TV is said to have a new motion-aware controller that can be used to play games and interact efficiently. Thanks to enhancements in iOS 9, Apple's Siri voice recognition software should help make the device more usable and more functional as a search interface. Anyone who has used Apple TV is likely to appreciate an alternative to menu-driven alphanumeric input.

Gillett said Apple TV could also play into the company's Internet of Things ambitions, acting as a hub for connected deviecs. But he's skeptical about the possibility. Apple, he said, has been pretty quiet about HomeKit and the company's vision for the smart home. "I'm not clear they've got much to say yet," he said.

Thomas Claburn has been writing about business and technology since 1996, for publications such as New Architect, PC Computing, InformationWeek, Salon, Wired, and Ziff Davis Smart Business. Before that, he worked in film and television, having earned a not particularly useful ... View Full Bio
We welcome your comments on this topic on our social media channels, or [contact us directly] with questions about the site.
Comment  |
Email This  |
Print  |
RSS
More Insights
Webcasts
Monitoring Critical Cloud Workloads
Disaster Recovery/Business Continuity in the New Normal
More Webcasts
White Papers
Cloud Security Blueprint: Architectures and Solutions
Guide to Enabling 5G Deployments
More White Papers
Reports
Cloud Misconfiguration Mayhem
The Need for Speed: Second Generation EDR
More Reports