BlackBerry: 8 Ways It Can Be Saved - InformationWeek

To make matters worse, the Priv arrives under the shadow of Chen's candid admission that BlackBerry may exit the handset business if the company doesn't turn a profit next year. Such frank sentiment isn't likely to build confidence in BlackBerry as an ongoing business.

There are some reasons to be hopeful. The company's acquisition of Good Technology expands its contact with business customers using Android and iOS phones and puts it in a position to sell security and document management services in addition to its other enterprise offerings. Its investment in NantHealth could help it make inroads in the healthcare market, where the company's QNX operating system might find uses in mission-critical IoT devices.

The company's recent decision to exit Pakistan rather than comply with a government order to help it monitor all BlackBerry Enterprise Service traffic in the country, highlights its willingness to put its customers first, at least when it comes to non-critical markets.

Troubled companies have been able to come back from the brink. Apple, of course, is the prime example, but it had the help of its major competitor, Microsoft, in 1997, in addition to a visionary leader. Apple, Google, Microsoft, and Samsung have shown no intention of being BlackBerry's white knight. Nothing yet suggests Chen can conjure the magic demonstrated by Jobs.

But, giving BlackBerry and Chen the benefit of the doubt, let's explore some possible roads to redemption. 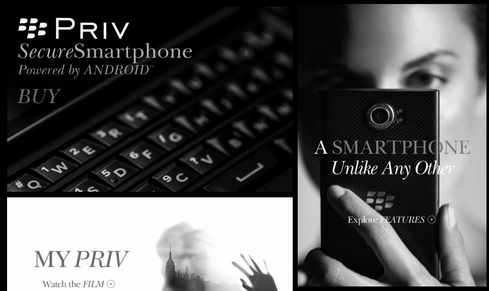 Chen has suggested BlackBerry may give up hardware, a segment that represents 41% of the company's revenue. That would only accelerate the company's irrelevance, or at least its transformation into something other than a mobile device company. Companies that make only software depend on the forbearance of the major platform players. Once Apple, Google, or Microsoft decides to create software that duplicates the function of BlackBerry software, or to change the platform rules, BlackBerry could find itself shut out.

For example, consider how Apple forced Adobe to change its business model. Or try to guess why BlackBerry Messenger, available for Android and iOS, hasn't become the leading cross-platform secure messaging app. In part, it's because Apple promotes FaceTime, also known for security, through default installation. BlackBerry needs to make excellent hardware, even if only a small segment of devotees will overlook other issues in exchange for a physical keyboard. Unfortunately, its latest attempt to do so with the Priv appears to have fallen short.

With Microsoft still struggling to boost adoption of Windows Phone, it's clear that building marketshare with an alternative mobile operating system is an immense challenge. Android, by virtue of being free, open source, and backed by Google, has left no room for other mobile operating systems to take root. BlackBerry 10 OS, which lets users run Android apps, doesn't have a real reason for being. BlackBerry should commit fully to Android and adapt its business-oriented apps as soon as possible.

Android doesn't have a great reputation for security. BlackBerry does. Although mobile security goes beyond device characteristics -- talking within earshot of the wrong person or a hidden microphone can undo the most sophisticated encryption -- BlackBerry can rely on its reputation for security as a marketing advantage at least. The company's decision to work with Google to bring BlackBerry Enterprise Server (BES) 12 to Android Lollipop shows it making some headway.

Several modular phone projects are underway, including Google's Project Ara and Fairphone. If these succeed, they could disrupt how people buy and maintain their phones. BlackBerry could help evangelize the idea and develop secure hardware modules for enterprises. If it doesn't, some other company will. BlackBerry's strongest play may be to change the nature of the smartphone game.

Trying to manufacture handsets more efficiently than Apple or Samsung may not be possible without a huge investment in engineering and production resources. Instead, BlackBerry should look at ways to develop underutilized technology to alter the dynamics of the market. For example, it could advance peer-to-peer mesh networking, an idea that has been around for a long time, but hasn't been developed at scale. Think how appealing it would be to be able to buy a phone that didn't require cellular service.

BlackBerry is already exploring this option. It struck patent licensing deals with Cisco and another unnamed party over the summer. Presumably, there are other companies it could approach.

The list of old-guard enterprise companies left behind by the mobile revolution is long. BlackBerry would do well to find common ground with firms such as HP, IBM, Oracle, and SAP, to name a few.

Chen has said China isn't a priority, but he has explored relationships with Chinese companies such as Lenovo and Xiaomi. While a sale of BlackBerry to a Chinese firm might meet resistance from US regulators concerned about the security for US government customers, a more arm's length partnership might work. The real question, though, is whether strong security can exist in a market where the government demands access to, and control of, communications.

BlackBerry has a shot at a second act. All that remains is for Chen's aim to be true.

Thomas Claburn has been writing about business and technology since 1996, for publications such as New Architect, PC Computing, InformationWeek, Salon, Wired, and Ziff Davis Smart Business. Before that, he worked in film and television, having earned a not particularly useful ... View Full Bio
We welcome your comments on this topic on our social media channels, or [contact us directly] with questions about the site.
Comment  |
Email This  |
Print  |
RSS
More Insights
Webcasts
What We Can Learn from Sports Analytics
Building the SOC of the Future: Next-Generation Security Operations
More Webcasts
White Papers
Passwordless: The Future of Authentication
Cloud Connectivity -- Your Guide to the Network
More White Papers
Reports
2021 Top Enterprise IT Trends
Annual Global State of the WAN
More Reports

MS certainly has the money but at this point i don't see them buying BB since they already have Nokia. I'm thinking that MS did not buy BB in the first place because they already had a roadmap for an operating system that would work across platforms. That would not have worked on the BB model. And they probably felt that even if they left the BB operating system in place, there was no way to integrate it into any MS operating system so they could not brand it.
Reply  |  Post Message  |  Messages List  |  Start a Board

@melgross - no, I'm not changing anything. The iPhone has a widespread battery life problem whether it be because of faulty hardware or iOS updates. It's a fact, not conjecture as I see it, but perhaps we can't agree on that and it's fine. But yes, we can agree that the Blackberry of OLD, which is the product I'm referencing, was an amazing device for what it was designed for - communication. I didn't think it was useful to discuss BB phones of today compared to the current iPhones - after all, no one owns one.
Reply  |  Post Message  |  Messages List  |  Start a Board

Ah, but now you're changing some of what you're saying. While every phone has had some bad batteries, that's different than having a widespread problem which is why you were attempting to show here. And you were comparing the Blackberry to the iPhone. That indicates that you are comparing a current Blackberry to a current iPhone, not the Blackberry from the early 2000's, when there wasn't any real competition. That's a whole different argument, and I wouldn't disagree with it. The current Blackberry, both as a company, and as a product, is a travesty. And with Chen, And his recent rant, we can see that the Blackberry isn't at all secure to any government demands, anywhere. All they will preserve is BES, but most Blackberry users aren't even on BES. So for most users, privacy is now an illusion on the Blackberry.
Reply  |  Post Message  |  Messages List  |  Start a Board

@melgross. It's not supposed to prove anything. You stated you never heard about battery problems with the iPhone and asked for links. Blackberry battery problems were an inherently different problem because you just take the battery out and buy a new one for a few bucks. You can't do that with the iPhone when the battery gives you trouble. And that's a tremendous flaw in my opinion. If you didn't use a Blackberry back in the early 2000s then you just don't know what a superior experience Blackberry gave at that time with respect to communicating through emails, phone, and BBM. To use a cliche - you had to be there.
Reply  |  Post Message  |  Messages List  |  Start a Board

I'm not sure what that's supposed to prove. You can Google battery problems for any phone and come up with thousands of hits. That includes the Blackberry.
Reply  |  Post Message  |  Messages List  |  Start a Board

One friend of mine watched as her iPhone stopped working, froze if you will, because we were in the freezing cold for her son's frozen pond ice skating party. That was funny.
Reply  |  Post Message  |  Messages List  |  Start a Board

They don't allow posting links here but all you have to do is google iPhone battery problems and you will have plenty of hits to choose from. Happy reading!
Reply  |  Post Message  |  Messages List  |  Start a Board

What battery problems are you talking about that are so widespread that it's well known, even though I haven't read of them anywhere? The 6 ha good battery life, as good as any other phone of its size, and 6+, which I have has better battery life than most any other phone. I haven't read of any problems with either. I haven't seen these other issues either. Perhaps you can supply some links?
Reply  |  Post Message  |  Messages List  |  Start a Board

@melgross. Actually no, the issues I have are known and widespread, so I wouldn't call that unusual.
Reply  |  Post Message  |  Messages List  |  Start a Board

It goest to show that the industry as a whole is very unforgiving once that you past that point where doesn't matter what you do there's no way of regaining the lost market share. I think Nokia was smatter in simply selling off it's smartphone portoflio to windows and cut it's losses...not sure if Blackberry has the same luxury, but it doesn't seem they have a bright future...unless they completly revamp themselves into something that'll appeal the masses
Reply  |  Post Message  |  Messages List  |  Start a Board
Page 1 / 5   >   >>
Editors' Choice
Hot Topics