In a few weeks the BlackBerry 10 with a physical keyboard will be available to buyers. People love the BlackBerry keyboard, but is the device obsolete anyway?

The jury is still out on the new BlackBerry Z10 with a touch display, and the company strenuously denies analyst claims of high return rates. But the jury on BlackBerry overall hasn't even been sent to deliberate. First they need to get good look at the Q10, the new BlackBerry 10 with a physical keyboard.

Do you want a smartphone with a hard keyboard? You're not limited to BlackBerry.

Click here to see smartphones with physical keyboards from Samsung, Motorola and others.

The company says that we are approaching the release of the Q10. It is weeks away; Verizon Wireless, AT&T and Sprint have all announced that they will carry it. 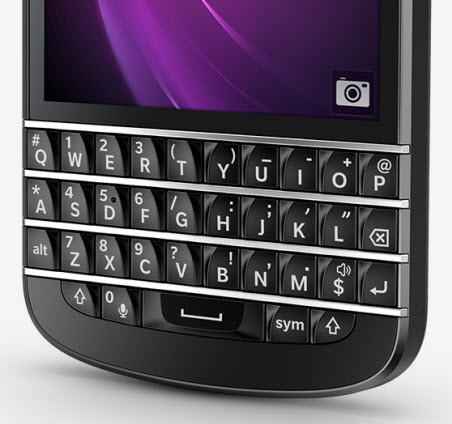 Is *this* the BlackBerry that matters? There's no question that many users who gave up their old BlackBerrys did so reluctantly and miss the physical keyboard. Would a BlackBerry with that keyboard and a modern OS hit the spot for such users?

Click here to see an image gallery with BYTE's first impressions of the Z10, the BlackBerry with a full-size touch screen.

I know at least one long-time BlackBerry user who has decided it's not worth the screen space anymore. There are going to be a lot of people making this same decision and BlackBerry knows it. That's why it put so much effort into its soft keyboard.

At least users will finally get to make a fair decision about whether the hard keyboard is worth it. In a few weeks they will be able to go into a store and try both of them in their own hands.

By the fall it will be clear if consumers and businesses are buying into BlackBerry 10 generally and whether the hard keyboard is a hit. I'm guessing it fades away over the next few years.

We welcome your comments on this topic on our social media channels, or [contact us directly] with questions about the site.
Comment  |
Email This  |
Print  |
RSS
More Insights
Webcasts
Data Protection 101 - 12/10 @ 11am EST
Succeeding With Secure Access Service Edge (SASE)
More Webcasts
White Papers
Exclusive IT Trend Report: Chatbots
A Step-by-Step Guide to Shifting Left and Embracing a True DevSecOps Mentality
More White Papers
Reports
Evolution of Ransomware Gangs
The ROI Of SD-WAN: Not Just A Numbers Game
More Reports

Well, it's now middle October, and we know that while the Z10 was a flop, the Q10 was a total disaster.
Reply  |  Post Message  |  Messages List  |  Start a Board
Editors' Choice
Hot Topics