Is BlackBerry's Passport smartphone a triumph for keyboard loyalists? Or BlackBerry's last hurrah in hardware? 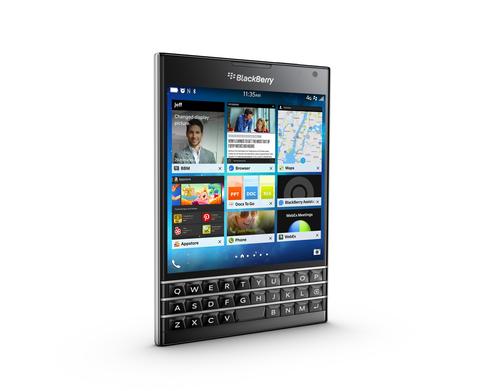 I don't think BB is in the Wow business anymore. Mobile users have been Wowed into submission by Apple, Google, and Samsung.
Reply  |  Post Message  |  Messages List  |  Start a Board

What could BB have done to actually wow people? The apps issue is big. Keyboard love is not enough.
Reply  |  Post Message  |  Messages List  |  Start a Board

Based on Chen's quote, we'll stop making hardware if our hardware isn't making money, I'd say yes this is a last-ditch effort. BlackBerry doesn't have any options left so they tried to build the ultimate enterprise smartphone. For the reasons Michael lays out here, an "Enterprise Phone" is not enough anymore. Sure, there are still some white-collar pros who just want a work phone and are ok with carrying two phones, and may like the Passport. But that demographic is shrinking and BlackBerry won't be able to make enough money from them. Hail Mary is a fitting description.
Reply  |  Post Message  |  Messages List  |  Start a Board

We debated removing BB completely from this year's end user computing survey (going on now @ http://informationweek.2015consumerization.sgizmo.com/s3/ for anyone interested).  We didn't, but it was a tough call. I think BB had to do something really groundbreaking and whiz-bang to have a shot at mattering again. Think wireless charging, or a keyboard that projects from the device onto a flat surface, or an included wearable ... SOMETHING to get people to sit up and take notice.

This is nice for people who love their physical keyboards, but nice isn't enough.
Reply  |  Post Message  |  Messages List  |  Start a Board
InformationWeek Is Getting an Upgrade!