The new year starts with a bang thanks to CES, which gets underway Jan. 5. Here are some trends we expect to see at the show.

The tech industry begins every year with its equivalent of the Super Bowl: The Consumer Electronics Show. Companies and attendees journey from around the world to Las Vegas to show off and revel in the latest products and technology.

The Las Vegas Convention Center won't open its doors to attendees until Jan. 6, but the CES action will get underway on press day, Jan. 5. A broad number of companies are prepared to make announcements large and small. This year, some clear areas of focus are already beginning to emerge.

Cars have played a larger and larger role in the annual electronics confab, and the 2016 show looks like it will be no different. A half-dozen car makers have lined up announcements and are expected to push the boundaries of dashboard tech. Audi has a new concept car in the wings, and its partner Volkswagen may be showing off a new Microbus.

Toyota looks to add smarts to its onboard navigation systems, and we'll see more solutions for self-driving cars. The biggest mystery rests with Faraday Future, which said it will unveil a Tesla killer at the show. Could this be the Apple Car in disguise? 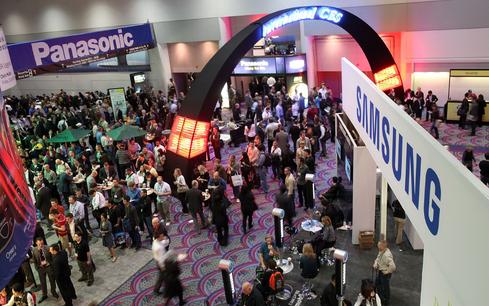 The big phonemakers don't have a lot on tap for CES 2016. In fact, regular favorites LG, Samsung, and Sony may have nothing new at all as far as phones go. (LG is said to have a smart stove on tap.)

Instead, expect the bulk of new phones to come from smaller, Chinese players. Lots of little companies are banking on the major players' silence to make their big splash. The two most notable releases will come from Huawei, which is expected to bring its flagship Mate 8 to the US, and Blu, which has a bunch of phones prepared for the show.

Virtual reality products have been in the pipeline for some time, but 2016 looks to be the year regular consumers will finally be able to enjoy the VR experience. Samsung is already selling the Galaxy Gear VR headset, and HTC has major plans for its Vive VR product. The company promises a major breakthrough at CES.

Don't expect to see much from Oculus or Microsoft; instead, look for companies aiming to compete with Google Cardboard viewers and other inexpensive VR options.

Attack of the Drones

Drones made headlines throughout 2015, and it's safe to say we can expect the same as we move into 2016. A record 27 companies are prepared to show off their drone tech at CES 2016. What will they show us? Better battery life and longer ranges, to start. Onboard cameras will gain more capabilities, and advanced software may make piloting them a bit easier. Just make sure you're ready to file paperwork with the FAA.

Wearables will be on display at CES 2016, but it's likely fitness bands will outnumber smartwatches at the show. Many major smartwatch makers rolled out flagship products during the latter half of 2015 and likely aren't ready to show off their latest. Instead, market leader FitBit and others will push health-focused wearables for fitness lovers at the show.

While HTC Vive has promised a big announcement at CES, I'm surprised you suggested not expecting much from Oculus. Rumors abound that it will make the big debut of its price, pre-order date and final hardware specifications at the show.

I'd be very surprised it it let HTC/Valve take the limelight for VR at arguably the biggest tech show in the world.
Reply  |  Post Message  |  Messages List  |  Start a Board

Eric what do you think will happen to the home market of IoT gear? It seems that this marketplace is still slow to penetrate the consumers. Better Wifi doorbells? Integrated security?
Reply  |  Post Message  |  Messages List  |  Start a Board
Editors' Choice
Hot Topics