50%
Tweet
Say goodbye to privacy: In the future, advertisers, app makers, the government, and even our employers might be able to assess our personalities and react based on what we do with our phones.

Think Siri is a little spooky? Then you won't like contextual intelligence, a capability researchers are working on to make phones too smart for their own good.

Oliver Brdiczka, a manager at PARC, is working on contextual intelligence. The research, he hopes, will allow enterprises and the government to use data that is accumulated as we use our mobile phones. The data mined from our email messages, Facebook conversations, and sensors in the phone can be used for a variety of purposes, including intelligence, marketing and app design, even employee relations. In other words, owning a smart phone with this capability will be like having a spy ratting out your thoughts to the government. 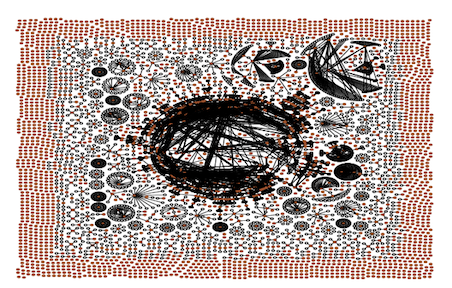 For instance, PARC is working on a project that predicts a person's personality through their online behavior. The idea, Brdiczka said, is to market this data to enterprises, who want to know people's intent for targeted advertising or developing content customization.

Psychological models also can be extracted from the sentiment of emails and conversations on Facebook, noted Brdiczka. The government could use this information to determine if people are depressed or suicidal or have malicious intent.

In one study Brdiczka recently conducted, "Inferring Personality of Online Gamers by Fusing Multiple-View Predictions," researchers used data from World of Warcraft to study players' online behavior. They looked at five personality traits: extraversion, agreeableness, conscientiousness, neuroticism, and openness. Using 1,040 game players from WoW forums and social media sites such as Twitter, the researchers found some interesting behaviors. Men tended to die by falling in the game. That trend, Brdiczka said, is associated with risk taking. Females, on the other hand, tend to give more hugs and communicate more in the game.

Activity level even can help predict levels of happiness, said Brdiczka. Unhappy people "get much less expressive, so the amount of sentiment goes down--both positive and negative," he said. "This isn't very obvious to the observer. However, this responsiveness is the highest indicator of a behavior."

The government could use such information to identify depressed troops, and companies could use it to determine if employees are unhappy. Instead of losing those restless employees to competitors, companies could predict their mood and take preventive action.

On the commercial side, advertisers could use the data to give themselves an edge. With a better understanding of potential customers, they could customize ads so they're more likely to be perceived as recommendations than advertisements.

"The biggest hurdle today is the silo of information," said Brdiczka, present in Google, LinkedIn and Twitter. "If there was a service to unify this, it could have a lot of commercial value because you have a phone that can draw a lot of conclusions."

Brdiczka believes that eventually contextual intelligence capabilities will be built into operating systems and will be able to assist users more than Siri can today. "It may be seen as obtrusive, but it would find out the best way to interact. It will figure out the personality of the person and figure out how to interact with them," he said.

Startups such as Cue already are making phones smarter by searching Facebook, Twitter, and emails for places and dates, and putting them on the calendar for you.

"Imagine a device that immediately lights up when you hold it in your hand and offers you the five most likely things you were going to do next: call your co-worker, drive to the meeting you're about to have, book a dinner or catch up on that article that you wanted to read," said Cue CEO Daniel Gross. "We'll be able to breathe life into our current phones, which currently only do things when we explicitly tell them every detail of what we want to do."

Does anybody really want a phone this smart?

"I do indeed believe this is something we want," said Gross. "Ultimately, I think we all aspire to a similar virtue: to live our life to its fullest, and to spend our time in the best way possible. It's technology's purpose to unlock that kind of experience for all of us."

Maybe so, but if this technology becomes mainstream, I hope for the sake of privacy that consumers have the option to turn it off.

We welcome your comments on this topic on our social media channels, or [contact us directly] with questions about the site.
Comment  |
Email This  |
Print  |
RSS
More Insights
Webcasts
5 Steps to Integrate SAST into the DevSecOps Pipeline
Linking, Orchestrating, and Managing Your Enterprise Security Systems
More Webcasts
White Papers
Using AI to Power AppSec
NetFlow vs Packet Data
More White Papers
Reports
Can You Spare 10-12 Mins to Help Us Out with a Survey on Tech Trends?
Got 7 Minutes? Dark Reading Needs Your Help With Our Survey on Incident Response
More Reports