For the next two years, the tablet market is expected to decline, according to a new report from IDC. However, demand for detachable tablets will help this market rebound in 2018.

While the tablet market is expected to experience its second straight year of declining shipments in 2016, these devices are projected to increase by 2018, according to a June 2 report from IDC.

This rebound in growth is likely to be fueled by the detachable tablet segment of the market, which currently accounts for just 16% of the global tablet market.

The current life cycle of a tablet is around four years -- a lifespan similar to that of PCs some years back. Right now, PC and tablet manufacturers find themselves competition for consumer dollars as awareness of detachable devices increases. 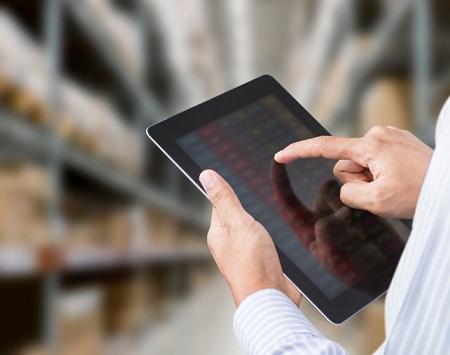 "The detachable tablet segment is also considered by some manufacturers, like Apple, as a way to spur replacement cycles of the existing slate tablet installed base," Jean Philippe Bouchard, IDC's research director for tablets, wrote in statement. "One reason why the slate tablet market is experiencing a decline is because end-users don't have a good enough reason to replace them, and that's why productivity-centric devices like detachable tablets are considered replacement devices for high-end larger slate tablets."

The IDC report also noted worldwide marketshare for Windows-based tablets, which stood at 70% in 2015, is projected to fall to 49% this year. However, Microsoft's marketshare is expected to rebound to 51% by 2020.

[Read more about the troubles in the PC and tablet markets.]

The IDC report noted slate tablets with screen sizes less than nine inches had an average selling price of $183 in 2015. The company expects this to decline to $157 in 2020.

"It wasn't long ago the industry talked about one PC per person and to some extent that theory has vanished," Ryan Reith, program vice president with IDC's Worldwide Quarterly Mobile Device Trackers, wrote in a statement.

"I'd rather look at it and say the PC we were referencing six to eight years ago has changed, drastically. In many emerging markets the only computing device for many will be a mobile device, whether that is a small screen tablet, smartphone, or both. This is the main reason why, despite all the hype that the detachable category receives, we believe cheaper slate tablets fill an important void."

Nathan Eddy is a freelance writer for InformationWeek. He has written for Popular Mechanics, Sales & Marketing Management Magazine, FierceMarkets, and CRN, among others. In 2012 he made his first documentary film, The Absent Column. He currently lives in Berlin. View Full Bio
We welcome your comments on this topic on our social media channels, or [contact us directly] with questions about the site.
Comment  |
Email This  |
Print  |
RSS
More Insights
Webcasts
Monitoring the Invisible - Digital Experiences in a Zero Trust World
Leveraging Infrastructure as Code to Streamline Security & Operations
More Webcasts
White Papers
4 Steps to Achieving Comprehensive Kubernetes Security
Case Study: What Elite Threat Hunters See That Others Miss
More White Papers
Reports
Forrester Total Economic Impact Study: Team Cymru Pure Signal Recon
Are We Cyber-Resilient? The Key Question Every Organization Must Answer
More Reports